The 11 Worst Reality TV Shows Ever 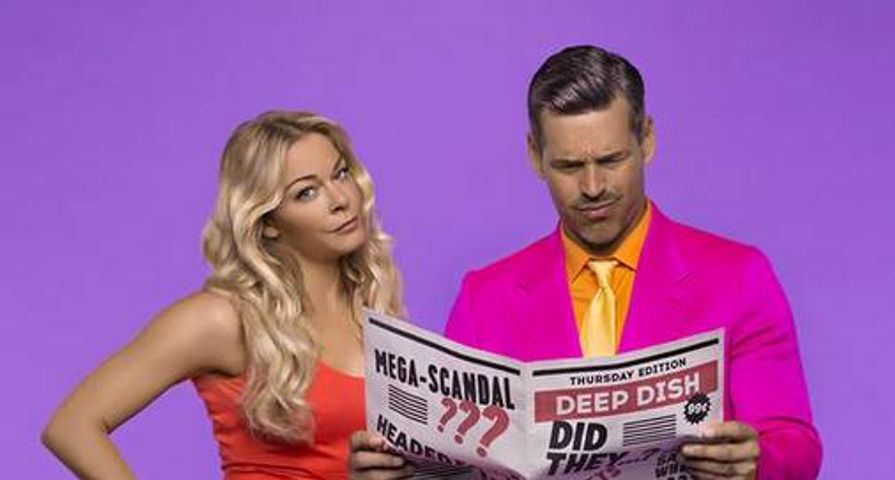 Reality TV is one of the best and worst things to ever happen to television. While some of these shows have become huge hits and have helped to shape pop culture in an interesting way, there are other programs that are so bad that they should never have been put on the air. While some of us do watch these awful reality TV shows, many of us do it covertly because it is that embarrassing. Here is our list of the 11 absolute worst of reality TV shows!

Buckwild – a reality TV show about a group of wild and drunken West Virginians in their late teens and early 20s that was initially touted as the next Jersey Shore – was heavily panned for playing into Southern stereotypes. MTV may have thought that they had a formula for success with this show; however, people just weren’t as interested in these small town kids and their various wild and drunken adventures as they were in the crazy antics of the Jersey Shore crew.

According to one critic from The Hollywood Reporter, this show is not worth anyone’s time because it fails to offer its audience anything new or interesting. “It adds nothing. It’s not shocking, it’s not interesting, and it’s not quite crazy enough to become part of the zeitgeist. There’s nothing about these young rednecks that is particular to West Virginia, either, as much as any other state would surely deny it. These are just kids gone wild (though no wilder than you’d find in any college town). The biggest problem is, we’ve seen it all before.”

We’re not entirely sure how Jackass became as big as it did. All of the dangerous, crude, self-injuring stunts and pranks that they partook in were hardly that entertaining. If anything, it really should have made most people question these individuals and their intelligence. These guys were behaving like careless morons and were being paid for it. Unfortunately, many of us encouraged this by tuning in once a week! The real danger in Jackass is that there were some young people who copied some of the stupid things that they did and really hurt themselves as a result.

Although the show only lasted a few seasons, it ended up spawning a number of movies that were equally stupid, but did reasonably well at the box office, and each of the men involved ended up finding more work in television and movies after Jackass was finished. People really shouldn’t be rewarded for behaving like absolute idiots, but these guys were!

9. I’m a Celebrity…Get Me Out of Here

Many of the “outrageous” challenges that these wannabes are forced to take part in are completely unoriginal. Playing on people’s fears of bugs, lizards and certain animals is nothing new and giving them the most disgusting food ever to eat has also been overdone. This show needed a makeover about 10 seasons ago. We know the kinds of celebrities that go on these shows (ahem, Kendra Wilkinson) and we know exactly what will happen to them. Where the is the element of shock in this?

Living Lohan was doomed to be a disaster. Lindsay Lohan – fresh out of her third stint in rehab – refused to take part in it, so it mostly featured the matriarch of the family, Dina, trying to help her other youngest daughter Ali break into show business. Her other two children, Michael and Cody, were also featured in the show, but they got significantly less screen time than Dina and Ali, which was not a recipe for success.

While many viewers were just not into Living Lohan, the critics savaged it. Gillian Flynn of Entertainment Weekly gave it an F grade, commenting, “The irritation turned to repulsion around the first minute…Dina snipes about the paparazzi’s invasion of privacy, but thanks to her, there’s not much left to invade.” On Live with Regis and Kelly, Anderson Cooper bashed the show, stating, “I cannot believe I’m wasting a minute of my life watching these horrific people.”

Britney & Kevin: Chaotic was so bad that critics predicted that it would ruin Britney Spears’ career. Although they ended up being wrong about that, the series didn’t really paint the pop star in the most positive light, which is a huge problem in and of itself. Critics lambasted the show, arguing that Spears came as vapid and narcissistic and expressed views that were so self-involved that one would naturally assume that she couldn’t see beyond the tip her own nose. Ouch!

It’s pretty obvious that Spears and Federline only got this show so that they could enjoy some of the same success that Jessica Simpson and Nick Lachey were enjoying as a result of their really popular reality TV show Newlyweds: Nick & Jessica; however, because of Spears and Federline’s explicit content and the nauseating camera angles (they filmed it all with their own video camera), this show was a total train wreck not worthy of anyone’s time.

Using a reality TV show to try and prove all of the people who criticize you wrong is the worst idea ever, but don’t tell LeAnn Rimes and Eddie Cirbrian that! They used their reality TV show LeAnn & Eddie to try and change people’s negative perceptions of them. This could have easily be accomplished by taking a step back and not engaging with the media or all of their haters, but that would have made too much sense, right?

LeAnn & Eddie wasn’t a success. It didn’t have the audience – or the appeal – of something like Keeping Up with the Kardashians. Instead a lot of it was them talking about their public image, hating on Cibrian’s ex and them just being their obnoxious selves. It felt incredibly contrived and viewers seemed to agree because it wasn’t renewed for a second season.

Being Bobby Brown was a train wreck. We’re not sure why Whitney Houston ever agreed to be part of it. She was a bona fide star while Bobby Brown’s star had been fading for a good decade before he landed this reality TV show. Thankfully the show only lasted for one season. Once Houston refused to take part in a second season, Brown couldn’t reach an agreement with Bravo to continue the show.

Many critics weren’t especially kind when they reviewed Being Bobby Brown. Barry Garron wrote, “Being Bobby Brown, the reality show spotlighting the R&B singer whose rap sheet might be longer than his catalog, is undoubtedly the most disgusting and execrable series ever to ooze its way onto television.” He was especially disgusted by the remarks that were made about sexuality and excretory functions, claiming that the show robbed Whitney Houston “of any last shreds of dignity.”

Toddlers & Tiaras is wrong on so many levels. One of the biggest complaints that people have with this show is that it sexualizes young girls and teaches them inappropriate ways to get noticed. Some of these children are as young as three-years-old and they are being dressing them up like Dolly Parton, complete with padded bust and buttocks, or as the prostitute played by Julia Roberts in Pretty Women.

The most obvious problem with this show is the mothers. According to a Los Angeles-based psychotherapist by the name of Nancy Irwin, sexualizing children puts them at risk. “I would like the parents of these little girls to assume responsibility for their choices. They are sexualizing their young children. Do not be surprised if your child is preyed upon as a result of this high degree of visibility. Men can pose as agents/managers and track you/your girl down through the show. Further, know that they will be pleasuring themselves while looking at your daughter’s YouTube clip.”

Many have accused Hogan Knows Best of ripping off The Osbournes and we think it is safe to say that these people were pretty accurate. The Hogan’s definitely tried to capitalize on the success that the Osbournes’ experienced with their reality show; however, this ended up blowing up in the Hogan’s faces because they are infinitely more dysfunctional and not especially likable. We personally think that the family only wanted a reality show because Hulk needed the money and the kids wanted a taste of fame.

While everyone got what they wanted – well, in terms of money and fame – it ended up completely destroying the family, which wasn’t especially fun to witness. Hulk ended up cheating on his wife with one of his daughter’s friends; Nick permanently disabled his best friend in a drunken car crash; and Linda went on to rebound with one of her children’s classmates. All we learned from this show is that Hogan doesn’t know best – not by a long shot.

Here Comes Honey Boo Boo was one of the worst things to happen to reality television. The show only served to exploit and mock small town people while perpetuating offensive stereotypes about what life is really like in the South. While mama June and her family may in fact be just simple country people, other residents in the town where they live felt that the show reflected badly on everyone else, making it seem as though no one in the area had any manners.

As if making the community look badly wasn’t bad enough, Mama June’s parenting skills caused a lot of concern. She gave Alana “Honey Boo Boo” Thompson “Go Go Juice,” a mixture of Red Bull and Mountain Dew that contains as much caffeine as two cups of coffee, to help her get ready for pageants, and who could forget when she got back together with her ex, the convicted pedophile!

Like most normal people, we enjoy a good cheating scandal; however, when it involves Tori Spelling, Dean McDermott and a reality TV show (True Tori), we’re instantly turned off. After giving this show a shot during season one, we quickly learned just how dysfunctional this couple’s relationship is. The whole point of the show was to give Spelling an opportunity to punish her husband for being unfaithful. While some women would choose divorce, she doesn’t have the strength. She’d rather obsess about McDermott’s infidelity, finding various ways to keep him in the physical and metaphorical doghouse, all while giving the audience way too much information about their sex life.

One season of the show was bad enough, and then it was renewed for a second season. McDermott ended up dropping out of it after only a few episodes (can you blame him?) and then, thankfully, show wasn’t renewed for a third season. 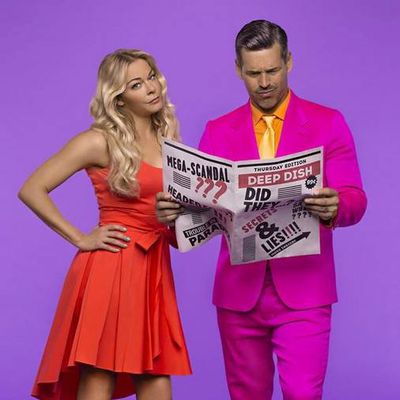