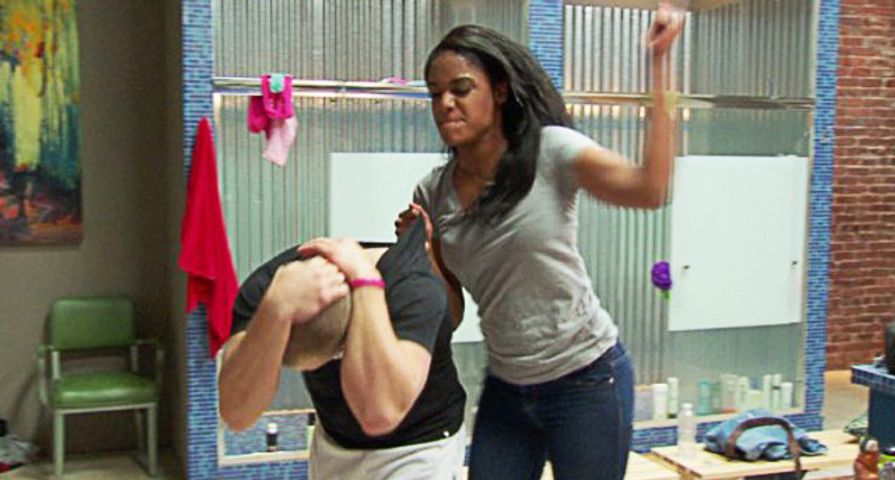 Since its conception, the success of reality TV as a genre has been dependent on drama, and has it ever delivered! Reality TV has invaded every facet of life and millions of fans soak it up day after day but it seems, as audiences become desensitized to what is shocking, the shows are just try to up the ante. Between incredible things shown on TV as well as behind the scenes scandals, there have been more and more incidents on popular reality series where fans have questioned at exactly what point producers start caring about the people they are filming and step in. Here are eight reality TV scandals where producers should have stepped in, or stepped in much sooner:

For eight years, fans of MTV’s Teen Mom franchise have watched Ryan Edwards struggle to live up to being the father Maci wanted him to be for their son Bentley, but in season seven, Ryan started to worry people even more. After a lot of speculation, Maci finally confirmed that Ryan was battling some sort of drug problem and while it was sad to see him spaced out or incoherent with Bentley present, things got downright dangerous when he seemingly drove under the influence while on the way to his wedding with his fiancee Mackenzie. The terrifying clip from the camera in Ryan’s car showed the reality star on the highway, slurring his words and closing his eyes while driving as his fiance constantly nudged him to get  him to open his eyes before she finally confronted Ryan about taking something. After Mackenzie had to grab the wheel to keep him from swerving into traffic, she turned off the cameras, but the audio continued and she asked him, “Did you take Xanax again?” Following the episode many viewers questioned why MTV let Ryan get behind the wheel while obviously high and took to social media to express their concerns with one fan writing, “WHEN RYAN EDWARDS FROM TEEN MOM KILLS A FAMILY WHILE MTV KNOWINGLY LETS HIM DRIVE INTOXICATED ON DRUGS WHILE THEY FILM IT, THEY WONT CARE.” Following the backlash, MTV insisted that they did not know Edwards was on drugs, and could not see the footage as it was rolling, stating, “MTV does not condone driving under the influence. Ryan’s erratic behavior was due to actions that he took without anyone’s prior knowledge.”

Reality TV has taken some pretty weird angles which of course includes I’m A Celebrity… Get Me Out of Here which has seen a British, Australian, and U.S. version. There have been some pretty jaw-dropping fights and scandalous moments on all the series, but fans became concerned during one incident between Martin Roberts, Larry Lamb and Danny Baker on season 16 of the U.K.’s version of the reality show. In one particular episode the bullying that Roberts had endured from Lamb and Baker intensified to the point where Martin finally broke down in tears, causing many fans to feel awkward and enraged that the abuse had gone that far. After watching the incident, many fans wondered why it had to come to Martin’s breaking point which was awful to watch on TV when producers knew what he was going through long before.

For 32 seasons fans of MTV’s The Real World have seen all kinds of drama and scandals occur that ranged from somewhat entertaining to downright shocking. In season 28’s The Real World: Portland, however, fans saw a drastic change, and one that was not for the better. The season saw one of the show’s most brutal fights in history when housemate Nia Moore viciously attacked fellow cast member Johnny Reilly and his girlfriend Averey Tressler. After a verbal argument with Johnny and Averey, Nia took things to another level when she attacked Johnny first with her fists and then by holding a hair dryer in her hand and wrapping the cord around her wrist in order to use it as a weapon. While it was Johnny she attacked, it was Averey who got in between and the two got in the biggest part of the fight, but the most surprising thing was that Nia was not kicked off the show. For seasons, MTV had not condoned fighting and had the rule that if you hit another cast member or housemate you would be sent home, but the same was not done in this particularly brutal fight and in fact security and producers aren’t seen at all. The fact no one stepped in as it happened was questionable enough for longtime viewers of MTV’s reality series, but when Nia was not sent home, more and more questions were raised as to why MTV had stepped so far back from the violence that it used to work so hard to stop or at least protect those who were attacked.

While physical violence has been an ongoing problem with The Real World, unfortunately claims of sexual assault have also become an issue on the reality series, but have been dealt with more behind the scenes. One of the biggest scandals came out in 2011, when former The Real World: Chicago star Tonya Cooling filed charges against MTV, and Bunim-Murray Productions along with her former castmates Kenneth Santucci and Evan Starkman, nine years after their season aired. In the lawsuit Cooling claimed that she had been sexually assaulted by Santucci and Starkman after she had passed out from drinking and also claimed that producers were aware of the incident. Since Cooling ended up settling outside of court, the terms were never disclosed, and there are many who allege the incident didn’t happen. Regardless, if the incident did occur and producers were present, there is no justifying why they did not step in and stop the assault, or why they did not make sure Cooling was safe after drinking so much.

A&E’s reality series Intervention was controversial from the start, but there have been specific episodes where it seemed that someone’s well-being was in danger and was being used for reality entertainment. One of the series’ most shocking episodes was when no one stopped Pam, an alcoholic, from driving. After consuming a lot of alcohol, Pam decided to leave and had another drink of vodka before heading to her vehicle and an off-screen producer could be heard saying, “You have had a lot to drink. Do you want one of us to drive?” Pam insisted she could drive, however, and camera crews followed as she left and drove down the road. Over the years reality TV along with its producers and networks have been criticized for letting the most unpredictable and sometimes dangerous situations unfold because they aren’t legally responsible for stopping it. When the incident in question not only puts one person in danger, but many others, it should no longer have anything to do with ratings or not being legally responsible, but being a moral person. Lawyer Michael J. O’Connor responded to whether producers should have stepped in with Pam and physically stopped her from driving after drinking, stating, “On a moral level, you get to the point where stepping in seems like it would be something you’d want to do. But from a legal standpoint, third parties causing injuries to other third parties is not something a television program is really responsible for.”

Two years after Tonya Cooling’s alleged sexual assault on The Real World, another sexual assault reportedly occurred on The Real World: San Diego in 2004. After the season a 22-year-old woman stated that she had been raped in the Real World house by a friend of that season’s cast member, Randy Barry. The woman claimed she had met the cast including the friend while out at the bar, but thought the man drugged her drink because she blacked out and woke up the following morning in the guest bedroom of the house. Another cast member on the season said she found the woman laying naked and passed out on the bathroom floor after the friend called “Justin” came out saying, “I just hit that.” There is no doubt that producers were present for the time at the bar and a lot of the time afterward while back at the house, and someone should have been more concerned about the obviously very intoxicated woman back at the house and certainly should not have stood by while she was sexually assaulted in the bathroom.

Those who have watched the entire Teen Mom franchise from the beginning have seen Jenelle Evans’ turbulent, and often scary story unfold over Teen Mom 2‘s many seasons, but things hit the lowest for her in season four. After multiple arrests, Jenelle’s life had spiraled out of control when she began dating her then-boyfriend Kieffer Delp and became addicted to heroin. While it was obvious Jenelle had a problem and needed help, it all became a little too much for viewers to handle when episodes showed the pair looking for the drug or craving it and, while it didn’t show them actually doing heroin, the pair were seen moments afterward trying to have a conversation but were so high they slurred their words and eventually nodded off mid-conversation. Naturally, fans were shocked and horrified that MTV seemingly stood around while the pair did heroin and then proceeded to film them afterward and actually aired the footage instead of stepping in right then and there.

Not long after the fourth season of Bachelor in Paradise began filming in 2017, it came to a halt after an “incident of misconduct” was said to have taken place between Corinne Olympios and DeMario Jackson. Before long it was revealed that after drinking, Olympios and Jackson got into the pool and engaged in sexual activity which was filmed and witnessed by producers with concerns that, because of her state of intoxication, Olympios did not give proper consent to the encounter despite being “lucid” at the time. While a producer was the one who brought up the incident, many wondered why the person didn’t stop the encounter long before it got to that point. If Olympios had obviously drank too much it should never have gotten so far for her and Jackson to have a sexual encounter at all, as a producer should have  been more concerned about Olympios going right to bed or being sobered up. The incident caused the popular show to almost be cancelled, but then it changed its rules on contestants’ drinking as well as consent having to be filmed before any couple could engage in sexual activity. 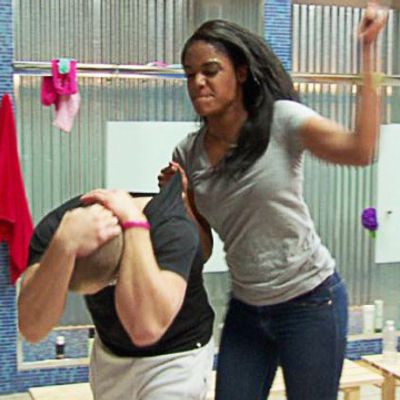