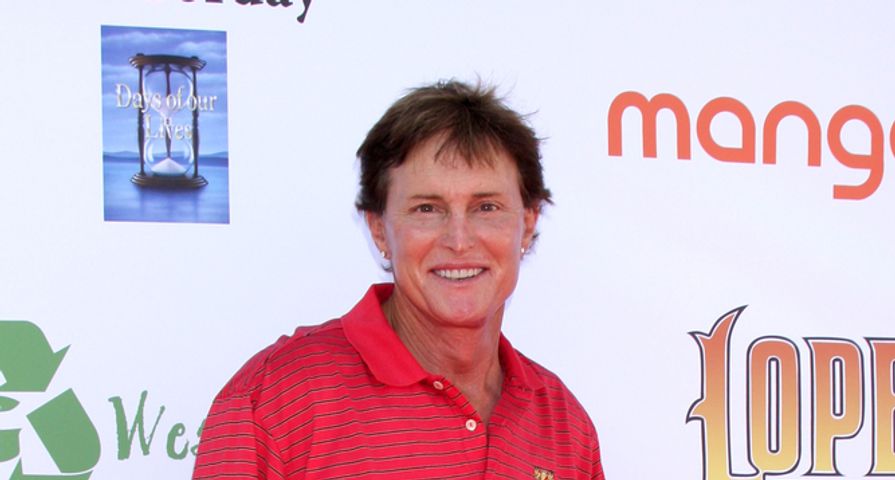 Bruce Jenner gave one of the most memorable interviews this past weekend. He confirmed to Diane Sawyer on “20/20” that he is transitioning from male to female. Rumors have been floating around about this for years. It was the one thing that members of the Kardashian klan just wouldn’t open up about. This made Bruce’s interview all the more informative. None of us had any idea what he has been going through and we were totally clueless about the courageous steps that he has been taking to deal with his issues and live his life as honestly as he can. Here are the 10 most shocking revelations from Bruce Jenner’s interview:

As a child, Bruce Jenner had a strong desire to wear women’s clothing. When he was eight or nine-years-old, he tried one of his mother or his sister’s dresses on for the first time. “I marked the closet so when I put it back, I had put everything back in the exact same spot so I wouldn’t get caught. And at that time, I didn’t know why I was doing it, besides it just made me feel good,” he said. “I would put a scarf over my head because my hair was short.”

The habit continued into adulthood. When he was traveling as a motivational speaker, he would change into women’s clothing following his speeches. “I would walk off the stage and I would feel like a liar. I would say, ‘You just got no guts,’” he said. “And then literally [I would] go up into the hotel room, change clothes, and go out and walk around.”

9. His First Wife Chrystie Scott Was The First Person He Confided In

The first person he told about his gender identity issues was his first wife Chrystie Scott. They were married from 1972 to 1981 and share two children, Burt and Cassandra. “I didn’t go heavily into it back then. I said, these are my issues, this is what I deal with. I think [I said], ‘Oh I do a little cross-dressing, a little of this, a little of that,’” he told Sawyer. “Like most women they think, ‘Oh I can fix that. It’s going to be okay.’ Nurturing. I never really hardcore said, ‘Look, I don’t know if I’m going to make it in this male gender here my entire life.’”

According to Scott, learning that Jenner wanted to be a woman came as a huge shock to her.” I can’t remember the exact words because it was such a shock to me, but he opened up his heart and confessed, and he had to share this deep, dark secret,” she said on “Good Morning America.” “He told me he wanted to be a woman, and understandably, I didn’t know what to say. “It’s so hard to wrap your head around it, particularly because he was such a manly man,” said Scott. “He never indicated anything feminine in his demeanor.”

8. He Identifies As A Woman

During his interview with Diane Sawyer, Bruce Jenner confirmed that he identifies as a woman, not as a man. “Yes, for all intents and purposes, I am a woman,” he told Diane Sawyer. “People look at me differently. They see me as a macho male, but my heart and my soul and everything that I do in life – it is part of me, that female side is part of me, that’s who I am. I was genetically born that way.”

7. He Considers Himself Heterosexual

During the interview, Diane Sawyer was a bit confused about what Bruce Jenner’s gender identity meant for his romantic life. Since he has come out and said that he considers himself a woman and is attracted to women, she wanted to know if that made him a lesbian. “You understand people are baffled, confounded,” she said. “If you’re assigned male, and you become female, but you like women, are you a lesbian? Are you a heterosexual?”

Jenner responded by telling her that he is still attracted to women, which makes him straight. “I was never attracted to the guys – the sexuality was totally different from what I’m dealing with. I’m not gay. As far as I know, I’m heterosexual. I’ve never been with a guy,” he said. “Sexuality is who you’re personally attracted to, who turns you on, male or female. But gender identity has to do with who you are as a person and your soul and who you identify with inside.”

6. He Began Transitioning During The ‘80s

Bruce Jenner also revealed that he began the gender transition process back in the ‘80s. He had embarked on hormone therapy and electrolysis and had some plastic surgery; however, he stopped when he met his third wife Kris. “I had been on hormones for five years and I was a really solid 36B something and you really can’t hide those things,” he said. “And [Kris] goes, ‘Well, OK, you like to wear women’s clothes.’ And I kind of downplayed it some. I feel in a lot of ways that when you love somebody you don’t want to hurt them.”

Bruce’s second wife Linda Thompson remembers when he was he transitioning. “Thirty years ago the only hair removal that was permanent was electrolysis. Poor Bruce began the process of having electrolysis performed on his heavily bearded face. He then began having the hair on his chest removed.” According to her, their two sons saw him getting out of the shower when they were small and noticed that their father had breasts.

5. He Has Nothing But Nice Things To Say About His Ex, Kris Jenner

Many of us have demonized Kris Jenner. It has been easy to assume that she wasn’t a good wife to Bruce and that she’s the reason that the marriage ended. During his interview with Diane Sawyer, Bruce contradicted this. He talked to about what a great marriage he and Kris had and he also mentioned that they would probably still be married if she had been more accepting of his transgender identity. Like his ex wives, she just couldn’t accept it.

“I loved Kris. I had a wonderful life with her. I learned a lot from her. That’s what you like in a relationship – to be able to learn from the person you’re with,” he told Sawyer. “Kris is a good woman. I’ve got no complaints with her. She’s a good person. Honestly, if she had been really good with it and understanding of it, we’d probably still be together.”

Bruce Jenner also told Diane Sawyer that Kim, Kendall and Kylie all caught him at various times dressed in women’s clothing, but it was something none of them ever discussed. It was a family secret.

Now that Bruce has admitted that he has been crossing-dressing since he was a child, it is worth noting that Robert Kardashian’s former wife, Ellen, has been trying to out him for this for years. According to her, Bruce’s first wife Chrystie Scott is the one who told her about it. Chrystie reportedly went away briefly and came back to find that the former Olympic athlete had gone through all of her clothing and her undergarments. Ellen said that Kris was totally unfazed by Bruce’s love of women’s clothing and that she would let him cross-dress. She also alleged that Khloe once called Robert in tears after finding out about her stepdad’s secret love of women’s clothing and shoes.

3. Khloe Has Had The Hardest Time With His Transition

According to Bruce Jenner, Khloe Kardashian is the one who has had the toughest time accepting his transition, which is surprising given that she seems to be the most open-minded of the Kardashian sisters. “You would think out of all of the kids, Khloé is the most fun, open-minded…and that’s not the case with Khloé. She’s very emotional,” he said. “She’s had the toughest time with it. Because she’s had a lot of losses in her life. She lost her father at a young age. He died suddenly, cancer. You know, Lamar [Odom] had his issues.”

It looks like Khloe’s just really scared of losing Bruce. “She feels like there’s this massive, my whole life is falling apart, you know. It’s my dad. And I try to explain. I can’t argue that point but I’m not going anywhere. I’m still going to be there for you,” he added during the interview.

2. Kim Has Been The Most Supportive

Kim Kardashian may have a reputation as being one of the most narcissistic of the pseudo celebrities, but we might not be giving her enough credit. During his interview with Diane Sawyer, Bruce Jenner revealed that Kim was actually the most accepting of his decision to transition.

“Kim told me a story. She goes, ‘You know what really turned me around? I’m thinking about this.’ And I said, ‘What?’ She goes, ‘Kanye.’ They were talking about it and he says to Kim, ‘Look, I can be married to the most beautiful woman in the world, and I am. I can have the most beautiful little daughter in the room, I have that. But I’m nothing if I can’t be me. If I can’t be true to myself, they don’t mean anything.’ From Kanye, yeah. And since then, Kimberly has by far been the most accepting and the easiest to talk to about it,” Bruce said.

1. He Isn’t Sure If He Will Have Gender Reassignment Surgery

Although Bruce Jenner is planning to live his life as a woman from here on out, he isn’t entirely sure at this point if he will have gender reassignment surgery; however, even if he does, we probably won’t be hearing about it. “Those are all things out there in the future for me to explore,” he told Diane Sawyer. “There’s no rush for that and I would do it so quietly nobody in the world would ever know. I’m not shooting any of this. I’m not filming anything. To me, it’s very degrading. At this point, as far as the term SRS, sexual reassignment surgery, would be down the line.”

For now, we can all say farewell to Bruce Jenner as we knew him – he’s gone and he’s not going to be coming back “I’m saying goodbye to people’s perception of me and who I am,” he said. “I’m not saying goodbye to me because this has always been me.”