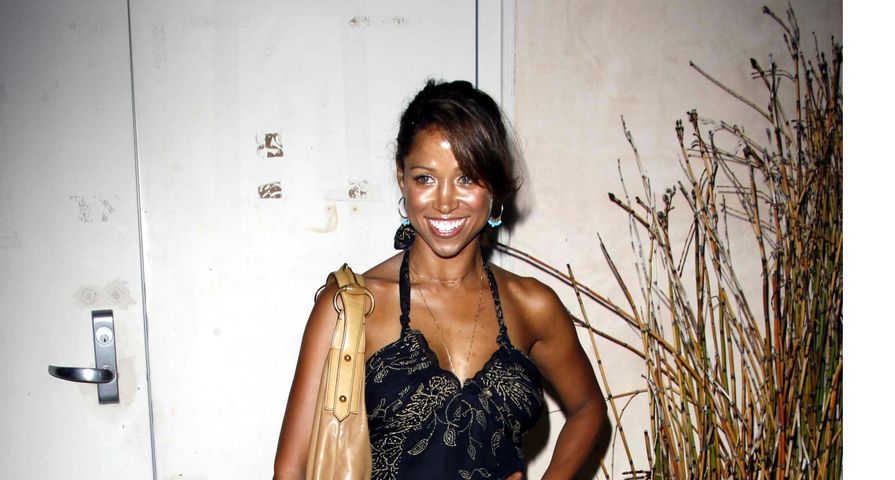 Stacey Dash is famous for two things – starring in Clueless as Cher’s best friend Dionne and stirring up controversy. She’s got a lot of opinions and she’s not afraid to share them. Here are 7 of her most controversial comments:

Stacey took to Twitter in 2013 to criticize Jay Z and Beyonce for taking a trip to Cuba. “Do you care that The Jay Z’s have taken the capital you have given them and funded a communist oppressive regime?” While she obviously cared, many of her followers didn’t. “I like you better when you were CLUELESS,” one fan wrote.

Stacey faced a serious backlash in 2013 when she offered her support to disgraced celebrity chef Paula Deen, who was dropped from the Food Network for admitting to using the N-word and telling race-related jokes. “God does everything for a reason @Paula_Deen,” she tweeted. “Only God can judge your heart BTW my daughter loves your show (only way she can get me to cook).” Many of her followers were less than impressed. “Man you really are Clueless, huh?” one follower wrote.

Back in 2013, Stacey attacked Oprah for drawing a comparison between Trayvon Martin’s murder and that of 14-year-old Emmett Till’s. Winfrey felt that Till, who was killed in Mississippi in 1955 during the Civil Rights movement for reportedly flirting with a white woman, was similar, but Stacey totally disagreed and voice her displeasure on Twitter. “If you aren’t careful, the newspapers will have you hating the people who are being oppressed and loving the people who are doing the oppressing – Malcolm X,” she tweeted, before adding, “Shame on you Oprah.”

When the “Clueless” star appeared on the Sean Hannity Show, she drew criticism for claiming that Barack Obama’s policies have made blacks “uneducated” and left them feeling “worthless.” “It still keeps them stuck. They are getting money for free. They feel worthless. They are uneducated. I mean, as long as you are that way, they can keep you under their control,” she said. “They have a plantation mentality. As long as they give you this much money, you’ll stay right there. You don’t need to know too much because if you do, you might start thinking for yourself.” She received some backlash online for these comments. “@GRYKING @REALStaceyDash she repeating conservative insults like the @gop isnt a klan rally w/ 90% white men. Where stacey think she fit in?” one person wrote.

3. Her Comments on Rape Victims

Many netizens were outraged with Stacey for making some very controversial remarks about rape victims on the show Outnumbered. In response to female students at the University of Virginia being told to avoid parties in an effort to stop sexual violence, she said, “And I think the girls, I think it’s a good thing, for the good girls, to you know… The other bad girls – bad women – or the ones who like to be naughty might go out and play and get hurt.” She didn’t stop there. “But the other thing about this is it then blames the alcohol instead of the person who overdrinks, so you know, it’s like, the same thing with guns. Guns don’t kill people, people kill people. Alcohol doesn’t get you drunk, you get yourself drunk.”

Many Twitter users were furious, believing that she was suggesting that rape victims bring it on themselves. “Stacey Dash is basically saying that if you’re a woman and toss back a couple of shots (…in college?) rape is how you ‘learn’ your lesson?” one user wrote.

On The Meredith Vieira Show, Stacey got into a debate with Meredith about the gender wage gap. “I feel like it’s an excuse,” Stacey said. “It’s the same thing with race, you know? It’s an excuse. Stop making excuses. You know? If there are opportunities, seize them and be prepared for them, and be the best if that’s what it takes. If you have to be extraordinary, then be extraordinary.” Even though Meredith threw out some statistics to support her point that women make less than men, Stacey wouldn’t budge. She later went on Twitter to defend her stance: “I DON’T CARE IF I AM THE LONE VOICE IN THE WOODS, I WILL NOT LET THE GOVERNMENT MAKE WOMEN AN ENTITLEMENT CLASS. #HOLDINGTHELINE,” she wrote.

1. Her Call to Abolish BET Channel and BET Awards

Stacey caused controversy when she joined the Oscar boycott debate and declared that we need to get rid of the BET channel and the BET Awards. “I think it’s ludicrous,” she said. “Because we have to make up our minds. Either we want to have segregation or integration. If we don’t want segregation then we need to get rid of channels like BET and the BET Awards and the [NAACP] Image Awards, where you are only awarded if you are black.” She also claimed that the real problem is Hollywood’s support of Barack Obama, which hasn’t inspired filmmakers to create more roles for black actors and actresses. “We’ve had a president who is black in office for the past eight years, who gets most of his funding from the liberal elite in Hollywood,” she said. “Yet, there are not very many roles for people of color. How can that be and why is it just now being addressed?”