10 Things You Didn’t Know About Clueless 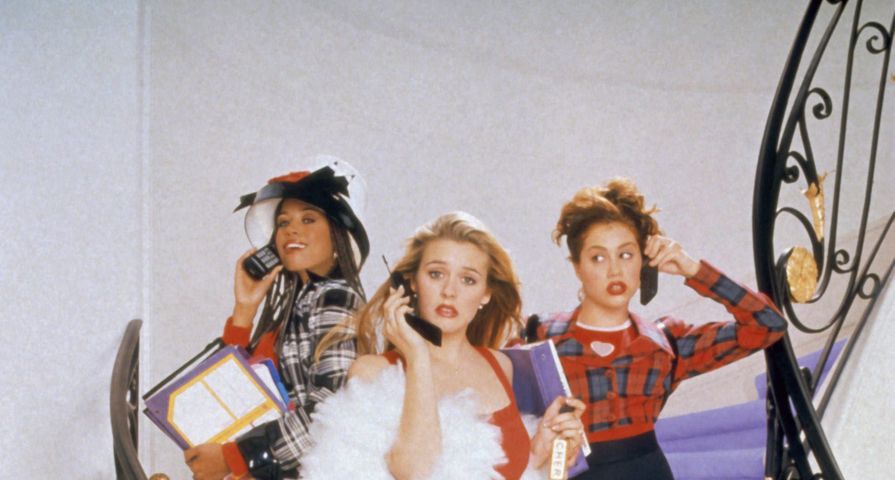 “Clueless” is one of those films that will never go out of fashion. When it first debuted in theatres back in the mid-‘90s, it was a surprise hit. It became the 32nd highest grossing film of 1995, catapulted Alicia Silverstone to superstardom and developed a cult following after it was released. To this day, people still quote the movie, which means that the clever and funny dialogue has become embedded in pop culture. In celebration of the film’s anniversary, check out these 10 things you didn’t know about the movie:

Writer/director Amy Heckerling got a lot of her inspiration for “Clueless” from Jane Austin’s novel “Emma.”

Jeremy Renner was reportedly close to landing the role of Travis. He also is said to have read for the parts of Christian and Josh.

Paul Rudd auditioned for three other roles – that of Murray, Christian and Elton. When he read for the part of Murray, he thought the character was a white guy who wanted to be black.

Sarah Michelle Gellar was offered the part of Amber, but the soap “All My Children” wouldn’t let out of her contract, so she had to say no.

Terrence Howard and Dave Chappelle both auditioned for Murray. While Howard made it really far in the auditions, Chappelle didn’t. He was considered too cynical and grown up for the part.

A slew of actors and actresses tried out for parts in the film. Zooey Deschanel auditioned for the role of Amber and Cher; Owen Wilson for Travis; Leah Remini for Tai; Seth Green for Travis; and Lauryn Hill for Dionne.

Ben Affleck and Zach Braff were considered for the role of Josh.

Stacey Dash was hired because of her chemistry with Alicia Silverstone and because she had an aristocratic air. “In my brain, Dionne was like royalty. I wanted someone that felt like they were part of a royal family in some country somewhere. So they weren’t acting snotty – they were just in a different realm. [Stacey] had that. She didn’t have to act like “I’m a snotty b*tch” – she just had that feeling of power and grace, as though she was ready to wave to the public,” Amy Heckerling told Vanity Fair.

Writer/director Amy Heckerling wanted to give the part of Cher to Alicia Silverstone, but Fox wanted her to explore other options. As a result, actresses like Reese Witherspoon, Alicia Witt, Tiffani Thiessen, Keri Russell, Gwyneth Paltrow and Angelina Jolie were also considered for the role.

The movie “Clueless” was initially going to be a Fox TV show. It went through several names before Paramount picked it up and decided to turn it into a movie, one of the names being No Worries.”