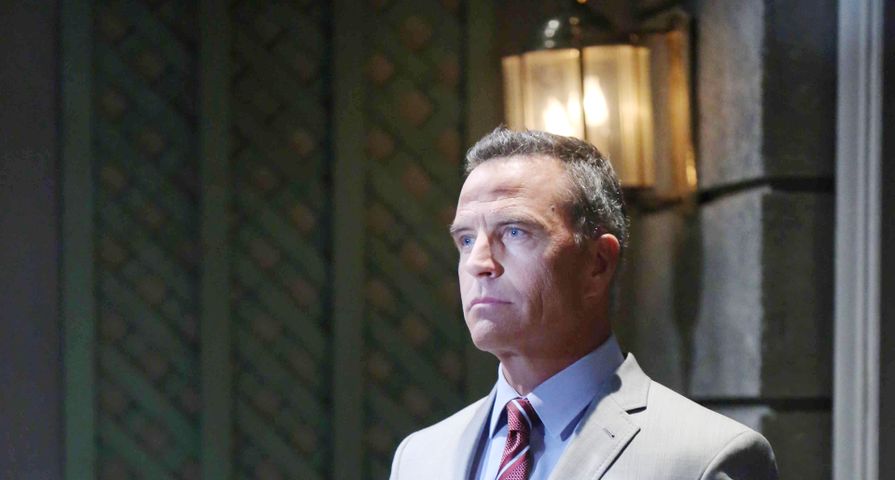 No soap opera fan likes seeing their favorite actor or actress leave a show because this often means their character goes out the door with them, but character exits are a natural part of daytime drama life. Some characters simply move to another town, others go to prison, and sadly some die. There are great character exits and then there those that can be epic fails. As such, below is a list of the seven worst soap opera character exits.

Luke Spencer had been a pivotal part of General Hospital (GH) storylines for well over three decades. When legendary daytime drama actor Anthony Geary announced his departure from the show, fans were devastated. Luke’s exit did provide closure for the character, where he faced his past demons and decided to move on and away from Port Charles. Spencer ended up having incredible goodbye scenes with sister Bobby and daughter Lulu. Many GH’s fans felt there was a huge hole in the exit storyline with no proper goodbye to Luke’s long-time love, Laura.

Days of Our Lives (DOOL) fans were pumped in 2015 when news spread like wildfire that Peter Reckell was reprising his Bo Brady role and returning to the soap after years of absence. But his DOOL comeback was anticlimactic. It’s true, Bo ended up saving Hope’s life and the super couple rekindled their romance, but within weeks of his return he ended up dying from a brain tumor.

It’s always nice when characters leave in a happily ever type of way, but sometimes it can be lame and seem too perfect. In late 2015, Patrick was with Sam until her so-called dead husband (and love of her life) Jason was revealed to be alive. Patrick ended it with Sam and it should have been devastating for him, but it ended up being perfect timing! Being single afforded him the opportunity to save his baby momma’s life (along with her parents, super spies Anna and Robert). Patrick and Robin realized that they still love each other and they could now be a family again with Emma. The two both got job opportunities in California, decided to move there and they got married in Port Charles before they headed off. Nice little neat and tidy bow around this storyline! It was such a happy, but lame, character exit for Patrick, Emma, and Robin.

The passing of Will Horton in 2015 was shocking. Salem’s Necktie Serial Killer was running amok and who would have ever thought that a DOOL staple character in the form of Will Horton would be one of his victims? Many Days‘ fans out there believed an iconic and same-sex trailblazing character such as Will deserved better. Did DOOL make a huge mistake by axing Horton? Well, Chandler Massey, the actor who played a teenage and adult Will is returning to Days’ screens sometime this September. Which begs the question … what kind of crazy storyline will the writers come up with to potentially bring Will back?

Paul Hornsby had always dabbled in wrongdoings. During his early years in Port Charles he was married to Tracy Quartermaine thanks to his criminal involvement with a cartel, but he was a thug with a heart of gold that really loved good girl Jenny Eckert. When Paul returned to GH in 2015, he still seemed sketchy. Time would move on and GH fans would come to see the District Attorney of the town wasn’t so clean cut. Paul Hornsby exited GH as a serial killer with mental health issues. Soap operas are known for plot twists, but this was a tad extreme.

Theresa Donovan ended up being one of DOOL’s biggest fan favorites. She was once a bad girl, but thanks to Brady Black and their son Tate, she ended up turning her life around. In 2016 the character was set to exit the show, which was heartbreaking to many fans. She and Brady had overcome many obstacles and the fact that this super couple was breaking up, well, it was devastating. The lame storyline around her exit made it even worse. In an attempt to protect her family and go after criminal El Fideo, Theresa pretended to be back into the drugs so that Brady would break up with her. The plan worked, Theresa ditched Salem, and DOOL fans everywhere were disappointed.

Currently on GH, legendary soap opera actress Michelle Stafford played iconic Young and the Restless (Y&R) character Phyllis Summers for close to two decades. When plans were announced that Stafford was leaving the show to pursue other opportunities, fans were saddened to learn one of their most-loved Y&R actresses was leaving the show. Moreover, how would Phyllis exit? Would the character die? Would she dramatically leave town? Nope, neither … she fell into a coma and moved to a hospital outside of town. Kind of lame, considering the contributions Stafford made to the show and many fans were hoping for some sort of a grander exit for the character.