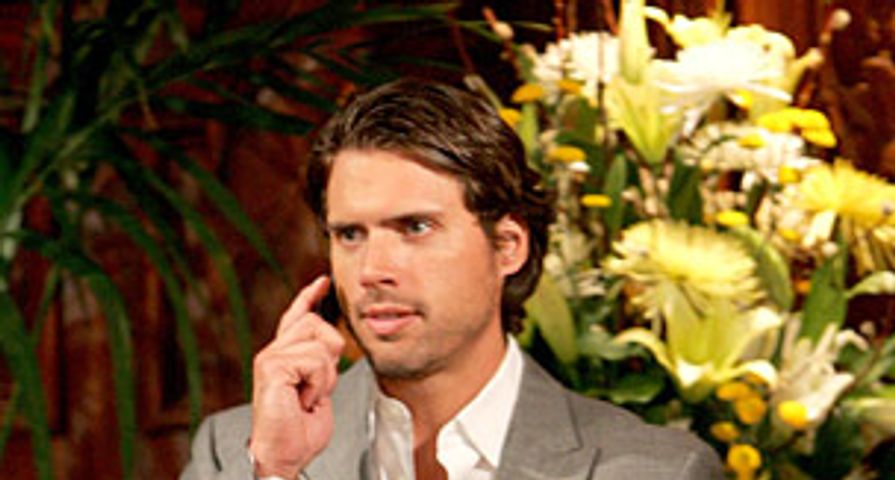 General Hospital’s (GH) Sonny has Jason, while Days of Our Lives’ (DOOL) Roman has Abe, and The Young and the Restless’ (Y&R) Jack had Adam. Bromances were popular in the land of soap operas before bromances were even a thing. What about those awkward male friendships that don’t really make the cut? Below are seven of the worst soap opera bromances of all time.

Daniel and Brady formed a bond after being in the same inner circle and with Brady being the grandson of Victor Kiriakis and Daniel being the Greek tycoon’s godson. They did have some good times together and did have each other’s back when push came to shove, but they both had a bad habit of dabbling with same women. Nicole Walker was one that they both had a relationship with, as well as Kirsten DiMera. Bros always come before women, everyone knows that!

Did these guys really engage in a bonefide bromance or was it simply a glorified working relationship? Most Y&R fans would lean to the latter. Sure, they solved some pretty crazy investigations together in the early 2000s when Paul was a PI and J.T. was his sidekick. When J.T. left town in 2010, Paul may have been upset, but he wasn’t exactly devastated to the bromance level. Plus, Williams barely mentions Hellstrom.

While these two might be embarking on a double-wedding to their soul mates, their friendship has certainly had its ups and downs. Sure, they’ve known each other since they were teens and have been business partners in the past, but they’ve still been at each other’s throats. Having rival family companies has also not been a great thing for their bromance as well.

NBC/Days of Our Lives News

4. DOOL’s E.J. DiMera and Will Horton

Speaking of Salem, while E.J. and Will were technically family at one point, these two haven’t always been able to trust each other. While they did warm up to each in and around the 2012-time period by sharing a sweet bromance, there was also a time when Will hated E.J. He shot him at one point and even tried to blackmail his once stepdad. With both characters having passed on, there is zero chance of reigniting this bromance, but stranger things have happened in the land of soaps.

These two shared a bit of a bromance in Port Charles and it was nice to see some young blood try to rule the mob scene on GH for a change. However, was it truly a bonding experience for both Ethan and Johnny or was their mutual hate-on for Sonny Corinthos the real reason these two came together? Seems like the hate on, if you look at the bigger picture.

Let’s face it, for one reason or another Michael seems to do so much better in the BFF zone with women versus men. He’s been a great friend to Christine Blair, Diane Jenkins, Avery Clark, and of course, Phyllis Newman. Nick and Michael embarked on a bromance of sorts while Nick was with Phyllis. They are still quite friendly around town, even though Nick and Phyllis are no longer…but would anyone currently say they are engaged in a bromance?

TV Guide/Young and the Restless Wikia

John and Abe are still quite good friends to this day, so why do this duo hit the bottom of this list? Well, because the base of their bromance status occurred when John Black thought he was Abe’s real BFF Roman Brady. When Roman came back and everyone realized that John was not Roman, Abe and Roman picked things up where they left off. Carver certainly didn’t drop John like a bad habit or anything, but no one can say that their bromance compares to anything close to what Roman and Abe share.