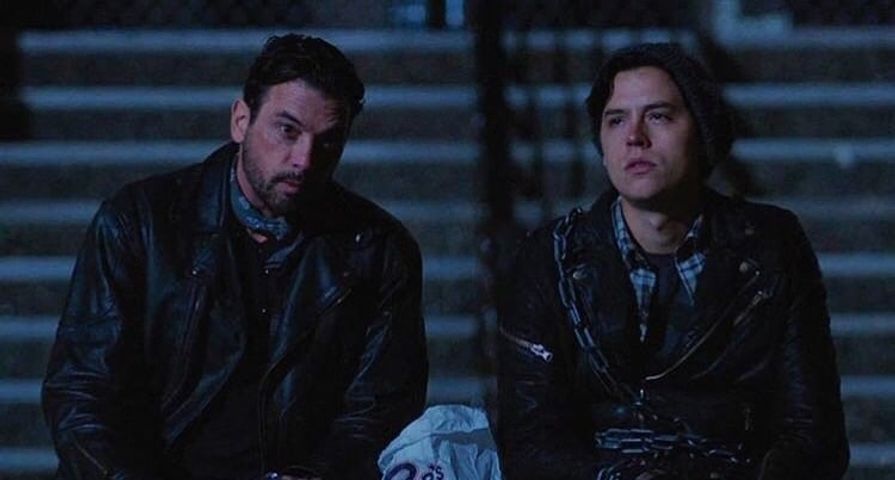 It didn’t take very long at all for Riverdale to establish itself as one of the hottest young shows on TV/Netflix and since it has already been renewed for a third season, many fans can’t wait to see what comes next for Archie and the gang. There is no doubt that while Riverdale has had some high points, but there have been just as many low points and ridiculous storylines, all of which can be excused by the young show and the cast finding their rhythm. By season three, the wrinkles should be ironed out and it should be the best season yet. With so many twists, turns and new characters already brought to fans, they are expecting a lot from season three and there are many things audiences want to see and questions they want answered. Here are all the things we hope to see addressed in Riverdale’s third season.

At first, many were afraid that Vanessa Morgan’s Toni Topaz was going to create issues for Jughead and Betty’s relationship but, instead, she is now one-half of one powerhouse couple. Season two of Riverdale only began to explore the romance between Toni and Cheryl Blossom, so it is expected that season three will see their relationship evolve. Riverdale showrunner Roberto Aguirre-Sacasa revealed that Vanessa Morgan had been promoted to a series regular and is excited to have the character take on a bigger role. “Toni Topaz has been a break-out character for us since Jughead met her at Southside High – and that’s thanks to Vanessa Morgan’s fearless, winning performance,” he said, adding, “Long live Choni!”

Although some things seemed to be definite, such as Hal Cooper being arrested as the Black Hood, there are still some questions about another creepy character — Chic. Although Betty feared she sent him to his death, there is little doubt that Chic will return and will be out for revenge and Madchen Amick, who plays Alice Cooper, was quick to reveal that he will indeed be up to something in season three. “I’m sure you’re all aware of [Hart’s] creepy portrayal of the Cooper son and I can’t wait to see what he’s gonna be up to in season three. Spoiler alert!” she hinted at an event.

After playing a small but shocking role in season one by being pregnant with the twins of her murdered boyfriend and distant relative Jason Blossom, Polly Cooper came back with the twins in season two where her story got even more interesting. Polly had been hiding out with her twins on “the farm” and as the season went on she became more and more ominous about the farm and the man who runs it and suggests to Alice that she could find help there as well. Season three would definitely be a lot more interesting if Polly gets a bigger role and more about her mysterious “farm” is explored.

9. More of the Secondary Characters

Along with Vanessa Morgan as Toni Topaz, there have been quite a few secondary characters shining through on Riverdale and, now that the groundwork has been established, season three would be a great time to give them more screen time. With Charles Melton committed to the role of Reggie Mantle, he too has been upgraded to series regular status, which means fans might finally be able to see more of the iconic Reggie-Archie rivalry. Of course, with the growth of the North siders and the Serpents, there are a lot more interesting secondary characters to keep an eye on including Fangs, Chuck, Ethel, Dilton, Sweetpea and more.

8. A New Romance For Kevin

The minds behind Riverdale obviously made the right choice in quickly adding Casey Cott’s Kevin Keller to the main cast but he hasn’t necessarily received the attention he deserves. Kevin has put up with some really difficult things all while being positive and optimistic and when it seemed like he finally found happiness with Joaquin, it all came to an end. Hopefully, season three will bring a stable romance for Kevin whether it is with Moose, or Joaquin returns, or someone new makes their way to Riverdale. If Roberto Aguirre-Sacasa has anything to say about it, he is rooting for Team Kevin and Moose. “My hope is that it continues,” he shared with EW. “It’d be nice to see Kevin in a romance again. But they’ve got a big cloud looming over them, which is the death of Midge. Which is kind of par for the course on Riverdale.” He added, “I’m rooting for them. I hope it’s more than just a moment of passion.”

At the beginning of Riverdale, music was one of the main focuses and, while Archie’s attention has been diverted, it seems so has the Pussycat’s, which is unfortunate for the show. Less and less actual music has been heard from the Pussycats, and even more so from Val and Melody who seem to be continuously replaced by the likes of Veronica or Cheryl. One thing is for certain, season three needs to put the original Josie and the Pussycats trio back on the right track and give them way more solo gigs like the ones fans were graced with in season one.

With Jughead and FP getting off on the wrong foot and seemingly finally repairing their relationship, many fans would love to dive deeper into the Jones family. Over the first two seasons both of the Jones men have mentioned Jughead’s mother and his sister Jelly Bean quite a few times and with Alice and FP seemingly reigniting their long-lost romance, it would be the perfect time for the Jones women to make a return to Riverdale, and definitely add some drama to the new season. “I wouldn’t be surprised if they came to Riverdale bringing bad tidings for Jughead and Betty and FP and Alice,” Roberto Aguirre-Sacasa told Deadline.

5. What Happens to the Black Hood/Hal?

Lochlyn’s Munro’s Hal Cooper went from being somewhat of a boring fringe character to one of the most intriguing and maniacal of them all in a fantastic character twist, but that possibly just can’t be the end of the Black Hood saga. The fact still remains that Hal is Betty’s dad and he is determined that the “darkness” that runs in his family has been passed down to his youngest daughter. While it seems the Black Hood threat has been stopped with Hal behind bars, his threat to Betty will most likely continue and fans will probably see more visits from Betty to her father in prison.

4. What Will the New Mystery Be?

Although fans know that season two ended with the arrest of both the Black Hood and Archie, the question remains — what will the focus of season three be? It can be assumed that Archie won’t be spending the season behind bars, so there has to be a new crime wave or mystery that Archie, Betty, Jughead and Veronica will get involved in. “So if it feels like Riverdale is a place where people are getting killed all the time, maybe we find out that that’s not a coincidence. Maybe in season three, that’s actually part of a bigger pattern and a bigger unspoken history of Riverdale,” the showrunner revealed about the upcoming season. He added there will be more investigations in the season and hinted “that probably Dr. Curdle in the coroner’s office will still be in business next season.”

As the most popular couple on the show, what a lot of fans would love to see the most is Betty and Jughead having an actual stable relationship. While they are always under a lot of turmoil, the pair has broken up and fought too many times already in two seasons than fans are happy with. For one season, or as most of it as possible, it would be great just to have the pair be happy and work together without someone or something coming between them.

More times than can be counted, some situations in Riverdale have gone above and beyond the realm of ridiculous and, while the show has thrived off of cops giving important information to teenagers, millionaire businessmen such as Hiram Lodge conspiring with teenagers and let’s not forget a teenager running the Southside Serpents, all of these things have made our eyes roll. For some fans it all seems just a little too much,  and too ridiculous, so it would be beneficial if season three focused on the main characters in high school acting as normal teenagers, with their parents acting as normal parents.

Last but certainly not least, with the Riverdale spinoff The Chilling Adventures of Sabrina now in production, many fans would love to see the character make her first appearance on Riverdale in season three. Sabrina’s hometown of Greendale has been mentioned several times in the show which leads many to believe that the Archie storyline in Riverdale and Sabrina’s in the new show are existing in the same universe. For right now it seems that there are no plans for a crossover, but it would make for one suspenseful episode!