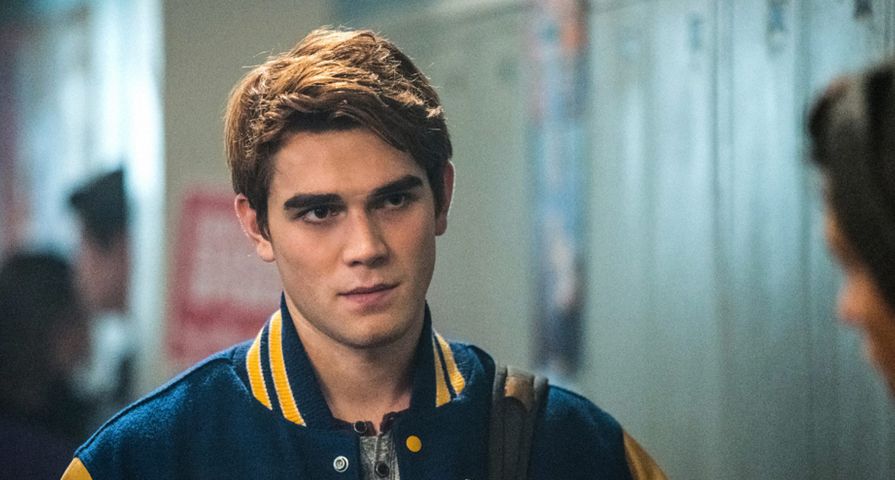 The CW was in need of another hit teen drama, and it delivered what it promised with Riverdale. The new series took the beloved characters of the Archie comics and put a twist on their relationships and personalities, and of course the quaint little town of Riverdale. Season one had fans hooked with its amazing young cast, a gripping murder storyline, and some shocking revelations, but also left fans with a lot of questions. Riverdale was given an early renewal for season two which means it has to meet a lot of high expectations to ensure the series continues and becomes one of TV’s dominating teen dramas. Here are 10 things we need to see in season two:

10. Background on the Adults

While Betty, Archie, Jughead, and Veronica were busy dealing with their own drama and relationships, the Riverdale adults had enough of their own drama going on. F.P. Jones, Fred Andrews, and The Coopers began hinting at their own rather sketchy pasts and interactions with each other before their kids. One of the biggest revelations was that Riverdale’s most upstanding citizen, Alice Cooper, used to be a Southside Serpent herself and there might be more to her history with F.P. Jones than anyone realizes. Hopefully season two will again heavily feature the adult characters and further explore their stories and pasts with flashbacks to the ’80s and what they were really like back then.

Archie Andrews was supposed to be the central Riverdale character, but it took no time at all for Jughead Jones to become the most intriguing character on the show to follow. Fans saw Jughead go through a lot of ups and downs in season one, but it all came to a head when he was offered a Southside Serpents jacket as a thanks for his dad not giving up any of their names while he was in prison. Betty looked on in horror as Jughead accepted the jacket and put it on, making many wonder exactly what path he was going to take and if being a Serpent is in his future.

The entirety of Riverdale‘s first season surrounded the mysterious murder of Jason Blossom and all the possible suspects in his death, but it is safe to say no one suspected the actual killer — Jason’s father, Clifford Blossom. After the shocking revelation of who killed Jason, the entire Blossom family’s fate is in question after Clifford then committed suicide and it was revealed the famous Blossom maple syrup business was really just a front for drugs. Season two will have to focus a lot on not only how Cheryl and her mother continue on after Clifford’s suicide and the drug revelation, but also what happens now that Cheryl set fire to Thornhill.

If Polly Cooper’s pregnancy didn’t have enough drama surrounding it already, things got much more interesting with Hal Cooper’s revelation that the Coopers and Blossoms are actually related. The fact that Jason and Polly are actually third cousins just adds more complications to the upcoming arrival of the twins on top of Jason’s death by the hands of Clifford and Clifford’s subsequent suicide. Riverdale showrunner Roberto Aguirre-Sacasa has already revealed that the birth of the twins will most definitely happen in season two, but it remains to be seen how much focus will be given to Polly’s struggles as a young single mother to the twins.

The unexpected but completely appreciated relationship between Jughead Jones and Betty Cooper quickly stifled any attempts to make any of Archie’s relationships the main romance, and fans can’t wait to see more of “Bughead.” It was already hinted at that the pair is in trouble because they are so different and of course because Jughead is getting closer to the Serpents. While Archie and Veronica had their big romantic moment that presumably led to sex, it was certainly not fair that Betty and Jughead’s hot and heavy makeout session got interrupted because if any two characters are in need of some release it is those two. While the showrunner confirmed a “central conflict” will threaten the relationship, we can only hope that we will get to see them have some happy moments too.

The supporting cast of Riverdale more than pulled their weight in season one with one breakout star being Casey Cott as Kevin Keller. Season one featured Kevin but definitely didn’t flesh out his character or storylines the way the character deserves. Meanwhile, only glimpses of Reggie Mantle were seen, but those familiar with the Archie comics know how important his character is to the story. Now that the character of Mantle has been recast because of Ross Butler’s demanding schedule with 13 Reasons Why, we will definitely see him play a much bigger role in Riverdale. With Archie and Veronica’s romance in full swing, it will be interesting to see if they follow the comics and pit Reggie against Archie for Veronica’s affections.

Season one had a lot of shocking twists and turns for the Cooper family, but one of the biggest was Alice Cooper’s revelation that she and Hal gave up a baby when they became pregnant as teenagers. Alice told Betty that she had a long-lost brother born before Polly, and left the storyline wide open for the Cooper boy to bring a whole bunch of new drama to Riverdale. When asked about the possibility of the new character appearing in season two, Roberto Aguirre-Sacasa said, “I wouldn’t be surprised, and that’s all I will say about that.” Of course, Riverdale fans have already created their own theories that with Alice being a former Southside Serpent and the animosity between F.P. and Hal that maybe Hal isn’t the father of the boy.

While season one of Riverdale was certainly successful, there is no denying that much of the criticism fell on the character of Archie. While other’s were dealing with complex and sometimes dangerous situations, Archie seemed more concerned about balancing music and football. Jughead Jones quickly became the favorite male character so some changes are going to have to be made to Archie Andrews in order for fans to take his character more seriously. It has already been promised that season two will be a lot darker, and a major shift is going to be seen in Archie as he also becomes darker, more emotionally mature and less naive after the shooting of his father. Aguirre-Sacasa confirmed that Archie is going on a “hero’s journey” adding, “So it will be a really different Archie for season two. That’s really exciting.”

Season one’s most elusive villain will finally be making his way to Riverdale in season two as Veronica’s father and Hermione’s husband, Hiram Lodge, will be released from prison. The handsome Mark Consuelos will play the patriarch to the stunning raven-haired Lodge family and fans can be rest assured he is going to shake things up in Riverdale. Hiram Lodge played a major role from behind bars so things will only get more intense when he is a free man, and his first order of business will be splitting Archie and Veronica up. Meanwhile his shady dealings are also expected to be continued and the question will be raised if he had anything to do with Fred’s shooting, and despite Hermione’s romance with Fred, Hiram and Hermione are poised to be the new “power couple” upon his return.

Of course, the most pressing cliffhanger from season one that we have to see addressed is the shooting of Fred Andrews. The question of whether Fred lives or dies is looming, but things aren’t looking good as Archie’s hero’s journey is being compared to Bruce Wayne’s, who of course lost both his parents to a robbery gone wrong. Regardless, Jughead explained that, while it seemed like a botched attempted robbery at Pop’s Diner, Fred’s shooting was no accident, meaning that, as well as the question of whether Fred lives or dies, it also remains to be answered, who shot him and why?