Home » Entertainment » Celebrities » Things You Might Not Know About Prince 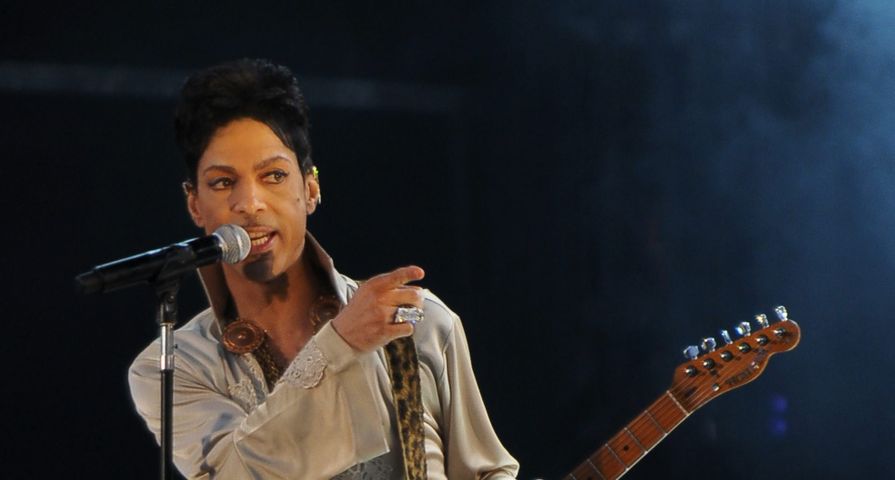 On Thursday, April 21, iconic singer-songwriter and seven time Grammy winner Prince passed away at the age of 57. His publicist confirmed the news shortly after reports of a body found at his Paisley Park residence in Minnesota, where at first it was not clear who the deceased was. Unsurprisingly, the news has shocked the world including fellow stars and his legions of fans as there was seemingly little warning that there was anything seriously wrong with the famed musician. As many remember the icon, here are 10 things to know about Prince Rogers Nelson, his life, and his untimely death. UPDATE: It has been revealed that the legendary singer died of an opioid overdoes. His death was caused by an accidental overdose of self-administered Fentanyl.

While a cause of death has not yet been made official, many reports indicate that before his death Prince had been suffering from severe flu-like symptoms, but his health status did not seem severe enough to incite concern at the time. Gossip site TMZ however is reporting that there was cause for a concern because hours before he died, Prince visited his local Walgreens pharmacy…for the fourth time this week, and that night those at the store say “he looked much more frail and nervous than usual.”

On Friday, April 15, days before his death, it was reported that Prince’s private jet was forced to make an emergency landing in illinois because of a medical emergency with the singer when they were only 48 minutes away from his home. The next day, however, he appeared at a scheduled concert and told his fans everything was okay and he was simply battling the flu, but TMZ reports that those at the hospital he was treated at felt he left way too soon and needed further care because he was “not doing well.” Prior to that appearance, however, he had to cancel two shows due to “health concerns.”

Prince Rogers Nelson was born in Minneapolis, Minnesota to Mattie Della and John Lewis Nelson on June 7, 1958. Music was already in his blood as his father was a pianist and songwriter while his mother was a jazz singer, and Prince was named in honor of his father whose stage name was Prince Rogers. In his early childhood, Prince suffered from epileptic seizures; however, in an interview, the singer explained that one day he simply walked up to his mother and told her, “I’m not going to be sick anymore,” and when she asked why, he responded, “Because an angel told me so.” When he was 10, his parents separated and after bouncing between their homes he finally just moved into his neighbor’s house and befriended Andre Anderson who became known as Andre Cymone, Prince’s bass guitarist for his touring band.

Prince along with his sister Tika developed an early interest in music and were strongly encouraged by their father. Prince ended up writing his first song at the age of seven and when he was a teen began recording several demo tapes.

In 1979, his self-titled album went platinum with the singles “Why You Wanna Treat Me So Bad?” and “I Wanna Be Your Lover;” however it was until the 1982 album 1999 that Prince became an international superstar. Of course, it was 1984’s “Purple Rain” and accompanying film that cemented Prince as one of the greats of the generation which resulted in two Grammys as well as an Oscar.

In 2007, Prince performed the halftime show for the Super Bowl, and it has now become known as one of the greatest live performances of all time.

Over his many years in the industry, Prince was romantically linked to several high profile female celebs, but it was eventually his backup singer and dancer Mayte Garcia who he married on Valentine’s Day in 1996. That October the couple welcomed a son, Boy Gregory, but sadly he was born with Pfeiffer Syndrome and died a week later. After only three years, the pair divorce and in 2001 Prince married Manuela Testolini in a private ceremony; however, she filed for divorce 5 years later in May 2006.

Over more than 35 years in the industry, Prince released 39 solo albums and was constantly working on solo material and in two years from 2014-2016 put out four full-length records with his latest band 3rd Eye Girl. It was in 2004 that Prince was officially inducted into the Rock n Roll Hall of Fame, while his music will always stand out because of Prince’s innovations and vocal range, creating a sound completely unique to the musician.

In the ’90s, Prince went through one of the most infamous celebrity battles with his label owner, Warner Bros., causing the singer to change his name to The Love Symbol. At the time he explained,” The first step I have taken toward the ultimate goal of emancipation from the chains that bind me to Warner Bros. was to change my name from Prince to the Love Symbol. Prince is the name that my mother gave me at birth. Warner Bros. took the name, trademarked it, and used it as the main marketing tool to promote all of the music that I wrote. The company owns the name Prince and all related music marketed under Prince. I became merely a pawn used to produce more money for Warner Bros… I was born Prince and did not want to adopt another conventional name. The only acceptable replacement for my name, and my identity, was the Love Symbol, a symbol with no pronunciation, that is a representation of me and what my music is about. This symbol is present in my work over the years; it is a concept that has evolved from my frustration; it is who I am. It is my name”

In all of his time in the spotlight, there has never been reports of concerns for Prince’s health except for back in the mid-2000s. At the time, reports indicated that Prince had needed double hip-replacement surgery since 2005, but refused to undergo the surgery unless it was bloodless because he had become a Jehovah’s Witness and they do not believe in blood transfusions. It was also reported that the surgery was needed because of years of Prince performing in high-heeled boots; however, no confirmation was ever given to the hip surgery claims.