Home » Entertainment » TV » Once Upon A Time: Behind The Scenes Secrets

Once Upon A Time: Behind The Scenes Secrets 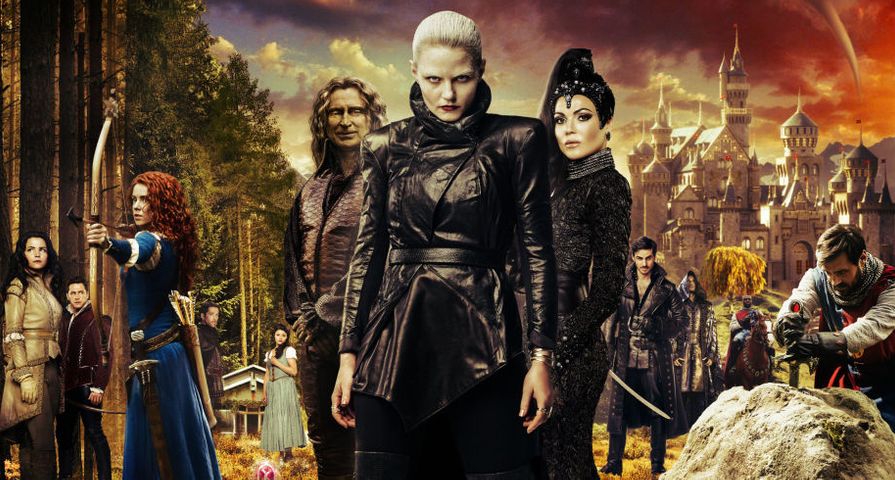 Once Upon a Time is by far one of the most unique shows on television right now! The series takes place in the fictional town of Storybrooke and features characters from various fairy tales and Disney stories who have been transported to the “real world.” Now onto its sixth season, Once Upon a Time has experienced huge success since it first aired back in 2011 and it continues to draw in an audience of approximately 8 million viewers each week! The show is really complex with a lot of characters, so there’s a lot that goes on behind the scenes — here’s a look at 9 interesting behind the scenes secrets!

It’s not uncommon that an actor who is cast into the role of an important character not to know a lot the character’s backstory, and this was definitely the case with Robert Carlyle. He told Buzzfeed in an interview that he didn’t know a lot of the backstory for his character, so he had to just kind go off his own intuition and then the writers followed suit! “With Gold, in the beginning, I always kind of played that he knew something, that he knew more than people thought. Whether that was true or not, I didn’t know, but I think in a sense you almost force the writers’ hands, and then they give you that, “said Robert Carlyle, who plays Mr. Gold, also known as Rumpelstiltskin.

Michael Raymond-James plays the character of Neal Cassidy, also known as Baelfire, who is Henry’s father on Once Upon a Time! He had a recurring role on the show during season 2 and 5 and was a main character in season 3. During an interview with ABC, James revealed that his best friend on set was Jennifer Morrison! He even has a nickname for her — ‘J.Mo.’ “Me and J.Mo are super tight. We’re buddies. I work with her more than anybody and we got really close. We’re always cracking jokes and we laugh constantly. There are days where I come to work and I’ll have a freak-out about something unrelated and she knows how to fluff my aura and make it better vice versa,” he said.

The relationship between Ginnifer Goodwin and Josh Dallas goes down in television history as the best example of life imitating art! The real-life couple met while playing Prince Charming and Snow White on Once Upon a Time. They started dating after meeting on set, got married in April 2014 and now have two children together, two sons named Oliver and Hugo. In addition to Goodwin and Dallas, Jennifer Morrison and Sebastian Stan engaged in a brief relationship for about a year between 2012 and 2013. Stan appeared on the show as a guest star in the role of the Mad Hatter in season 2.

Not surprisingly, many of the main characters stuck with their own experiences — Jennifer Morrison said hers were between her character, Emma, and Hook. “When Emma taught Hook how to swordplay…There’s been several really sweet moments between them, but I’d say that one stands out as a little bit different and it had it’s own little spin to it,” she said. Jared Gilmore, who plays Henry, agreed with Morrison and said his favorites are been Hook and Emma while Rebecca Mader gave the answer of Belle and Rumple during their Beauty and the Beast dance. The overwhelming winner was between Snow White and Prince Charming! Josh Dallas, Colin O’Donoghue and Adam Horowitz all said their favorite romantic moment was when Prince Charming woke Snow White up with a kiss,.”We filmed that in the first season and I remember we were way out in the woods, and it started to snow that day when we went to film it, so it was actually pretty special,” said Dallas.

In an interview with the show’s creators, Edward Kitsis and Adam Horowitz, they revealed that because their show Once Upon a Time uses many of the Disney brand’s characters, they essentially have to ask permission before they write them in to the script. “At the start of the season, we’ll say to our studio executives, ‘This is what we’re thinking for the coming season in terms of new characters that are either going to be introduced or reintroduced in a different way.’ And then they will bring them up with the brand management people at the Walt Disney Co., and they pretty much always say yes. They know by now what we do, which is why we put our spin on them,” said Horowtiz.

Show creators Edward Kitsis and Adam Horowitz were afraid Ginnifer Goodwin might quit on her first day, but luckily she didn’t! “We were two hours away, there was no cell service, it was snowing, and we brought Ginny out in that gown. We knew her from Big Love, and we were fans, but we weren’t really friends yet; we barely knew her…We brought her out to the set and there she sees she has to be in this dress in the cold getting snowed on and lay in this hollowed-out tree trunk. She has this look on her face. She goes, ‘Is that the coffin?’ and we said, ‘Yes.’ Inside, I’m like, ‘Oh, God, this is going to be a problem.’ … She just looked at it and goes, ‘F—ing awesome,'” said Kitsis.

It’s pretty clear from their dynamic on-screen chemistry and all of the off-screen romances that the cast of Once Upon a Time are really close! In an interview with ABC, Michael Raymond-James said the cast, mainly the guys, like to go go-carting after work. “The go-cart racing we do after work is pretty intense and pretty fierce. We keep records of who’s what and who’s last – and when things aren’t going so well in your cart on a particular day, we feel free to smash other people. It’s tons of fun,” he said. The fastest drivers in the group are Lee Arenberg, who plays the dwarf, Grumpy and Josh Dallas, also known as Prince Charming, and David Nolan. “The girls are always invited but they’ve yet to take us up on it. They say, ‘Boys will be boys. We’ll do something more mature,” he joked.

In an interview with the Hollywood Reporter, the show’s co-creators, Kitsis and Horowitz, revealed that Prince Charming was actually supposed to die in the first draft of the pilot. In the pilot of the show, Charming suffers a near fatal stab wound while trying to save his daughter by getting her to the wardrobe of our world. This stab wound was originally going to kill his character, but the writers decided that Charming was too important to the overall story and that it would have been difficult to continue on without him. Instead of him ending up dead, he landed in the hospital in a coma.