Things You Didn’t Know About Once Upon A Time 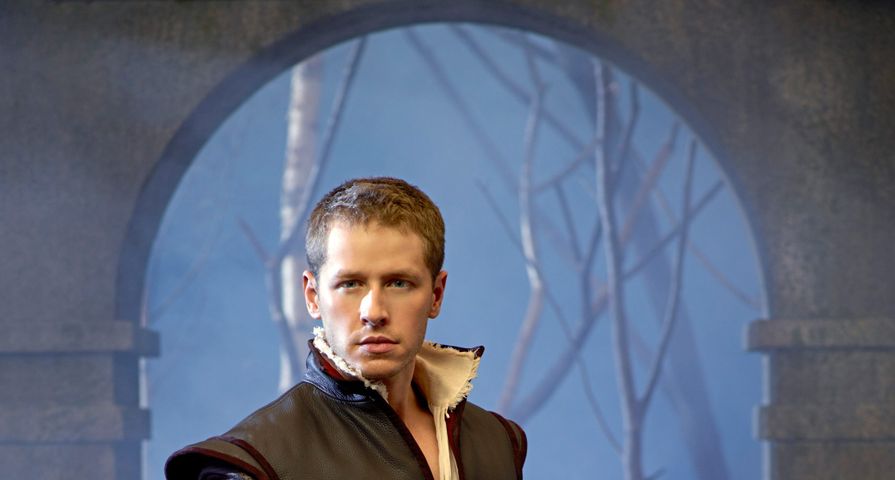 The magical show known as Once Upon a Time has been hugely successful at spinning old childhood tales into a series with new add-on elements and in a modern day setting. There is so much creativity involved in the making of this show, from the costumes, to the writing to the character development — it’s no wonder the show has such a big fan following! Viewers are able to relish in adult versions of their favorite childhood fairy tales…what’s not to like about that? The show is returning for a seventh season, so get to know the series better with these 10 things you didn’t know about Once Upon a Time:

Most loyal fans will already know this, but Ginnifer Goodwin is married to her on-screen husband, Josh Dallas. The couple met while working together on the show and now share two adorable kids together! No wonder their ons-creen chemistry is so convincing…

Many of the names of characters on the show have hidden meanings. Most of the time these meanings lead back to their fairy tale counterpart. For example, Mary Margaret Blanchard who is ‘Snow White’ has the french term ‘blanc’ or ‘blanche’ within her name which translates to ‘white.’ Also, Mary Margaret comes from the full name Maria Sophia Margaretha Catharina Freifraulein Von Erthal, who is believed to be the real woman behind the original character of Snow White.

For history nerds it’s evident there are some historical inaccuracies on the show. For example, on the show the characters talk about using the guillotine, but these fairy tales are set somewhere between the 1200s and 1500s, and guillotine wasn’t used until the French Revolution in 1792.

The Disney characters who make random appearances on the show always coincide with the release of a movie. For example, Ariel appeared on the show when The Little Mermaid was rereleased, same with Cruella when 101 Dalmatians was rereleased. The Wicked Witch showed up on the anniversary of The Wizard of Oz and a year after the release of Oz The Great and Powerful. This makes sense though, because Once Upon a Time is owned by ABC which is a part of the Disney Company.

Creators of the show worked with Rebecca Mader on the set of Lost and wanted her for Once Upon a Time. As a result, the character of Zelena was written specifically with her in mind.

4. Lady Gaga was Offered a Role

Lady Gaga was originally offered the role of the Blue Fairy/Mother Superior. Her management team never responded to the offer so the role went to Keegan Connor Tracy. It’s probably for the best — her busy schedule wouldn’t have coincided with the role because the fairy has become a  frequently reoccurring character on the show.

The character of Captain Hook is inspired by Westley from The Princess Bride and Han Solo from Star Wars. This is probably the most clear when Hook comes back to help at the end of season 2, like Han Solo, and said to Emma (as Westley did to Buttercup in The Princess Bride), “As you wish.” Also, Hook was supposed to be apart of season 1, but there were copyright issues involved with writing him into the show. He didn’t end up appearing until the “The Crocodile” episode in season 2.

The writers of Once Upon a Time didn’t decide to make Peter Pan evil just for the sake of the show. In the original drafted screenplay by J.M. Barrie, Peter Pan is a villain. The tale almost ended up being that Pan kills the Lost Boys when they get too old. In an interview with Hitfix, Edward Kitsis, co-creator of the show said, “Peter Pan was very mischievous in that book. If you think about fourteen year old boys, we think back to our youth. To want to be that for the rest of your life is dark!…What happens to somebody who wants to cling to youth at any cost? For us, that is a villain.”

1. Charming Was Supposed to Die

In the beginning of the show, Charming suffered a near fatal stab wound while trying to get his daughter to the wardrobe of our world, which means Charming was originally meant to die in the pilot episode. However, the writers of the show decided that his character was too important to the overall storyline and it would have been difficult to continue the show without him. Instead of making his injury a fatality, his character ended up in the hospital in a coma.