Toddlers & Tiaras: 7 Behind The Scenes Secrets 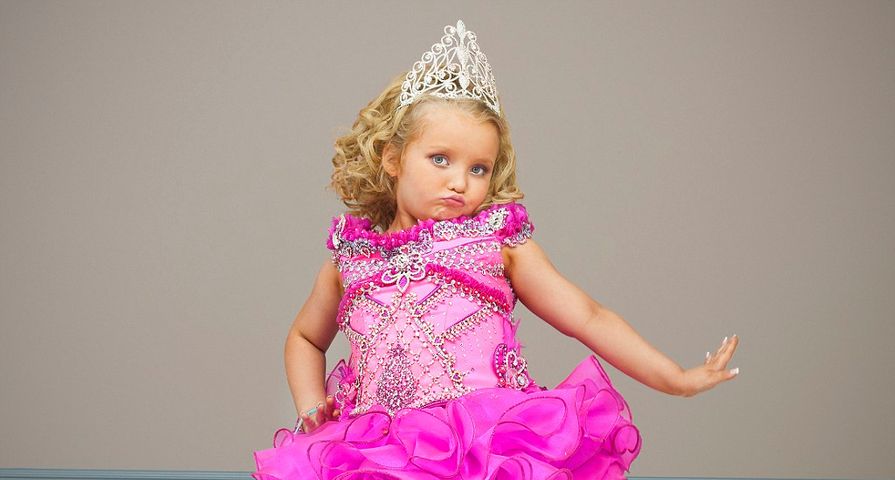 Toddlers & Tiaras was an American reality TV series that ran from 2008 to 2013 and followed the lives of families and contestants who participated in child beauty pageants. The show generated a lot of controversy for the fame driven parents who dressed their kids provactively for the competitions but, as it turns out, not all was what it seemed on the show. We have 7 behind the scenes secrets for Toddlers & Tiaras that will totally shock you – check it out!

Producers don’t pay the pageant queens or their families for their involvement in the show. “Honey, if anyone should have been paid, little Eden and I should have gotten paid,” said pageant mom Mickie Wood. “Eden had been the poster child for the show since 2009. She was TLC’s poster child. But with us, it was just a ‘you scratch our back, we’ll scratch yours’ deal.”

Pageant organizer Maxine Tinnel told the New York Post that certain mother-daughter duos are chosen specifically because of their eccentricities. “Find the crazy families first, then find a pageant near them,” she said. TLC, however, has denied the claim.

Filming commonly takes more than seven hours and pageant contestants are expected to compete in three different categories. In between performances, most contestants head back to their hotel rooms to rest, change clothes or eat. Producers usually request the number of performances to be limited to 45 so that filming is completed within the allotted time but, more often than not, there are more than 45 performances.

Given the long hours spent filming, it shouldn’t be too surprising that pageant moms feed their children sugary, caffeinated drinks and candy, aka pageant crack, to boost their energy levels. June Shannon, Alana Thompson aka Honey Boo Boo’s mom, popularized this. She would feed Alana a combination of Mountain Dew and Red Bull before pageants, which she called “Go Go Juice,” to get pumped up for the competitions.

According to pageant organizer Maxine Tinnel, the atmosphere at the pageants is not as competitive, tense or heated as what you see on TV and that the girls generally get along. “When we have downtime, the kids are sitting on the floor coloring or playing together. A lot of times parents will get together, maybe take the kids out to the movies or to eat,” she said.

Darci Mchenry, mother of Devin who appeared in season six of Toddlers & Tiaras, claims that on the show contestants and their parents are told what to do for certain scenes. “It is still TV and they still have to ‘produce and direct’ even reality – you’re not filming wildlife – you’re filming people and it’s different,” she said. She also added that much of what viewers see is real, “but much of it is recreated,” which “can be anything from adjusting to reshoot because of lighting issues – or even being ‘fed’ lines by the producing team,” she said.

According to Darci Mchenry, producers record audio and take it out of context during episodes. “Soundbites that aren’t even related to what was going on on camera,” she said. “You’re mic’d the whole time. You can be addressing one person and editors can come in and splice it to make it look like your addressing someone else with those comments because it makes for better television.”