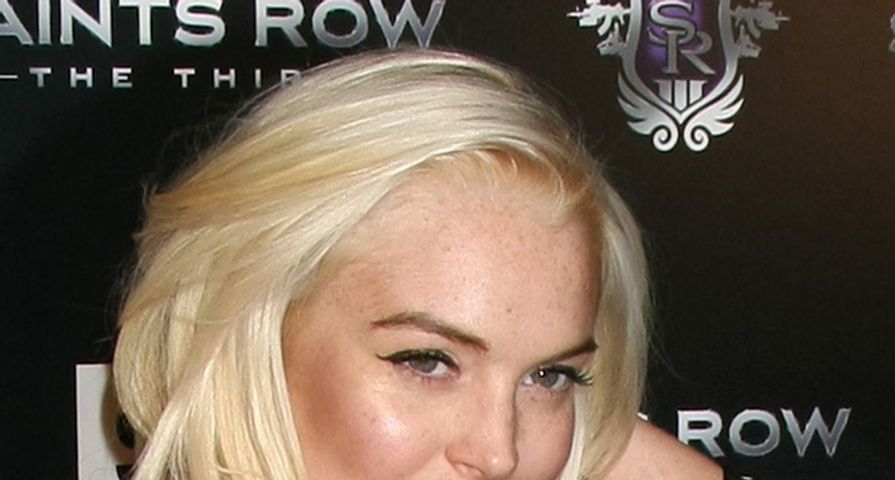 After starring in films like “Parent Trap,” “Freaky Friday” and “Mean Girls,” Lindsay Lohan’s career was on the rise in the early 2000’s. Unfortunately, everything seemed to come to a halt after she became a permanent fixture on the club scene. Her partying and her DUIs ruined her work reputation and seemed to have halted her once promising career. Here is a timeline of Lohan’s decline:

The “Mean Girls” star is accused of causing a head-on collision in Studio City and is sued by the occupants of the other car.

Lindsay’s partying is starting to get attention. She is hospitalized for fever and headaches during filming for “Herbie: Fully Loaded,” forcing filming to shut down for three days. After her hospitalization, she discussed her drinking with Jane magazine. “I’ve had a few drinks at clubs. I know my limits and I’m not an idiot. I’m not some young alcoholic.”

The “Mean Girls” star looks noticeably thin, but brushes it off, attributing the weight loss to a new fitness and nutrition regimen.

Lindsay Lohan is involved in another car accident. This time a paparazzo is involved. He apparently hit the actress on purpose and is subsequently arrested for assault.

Lindsay gets into yet another car accident while trying to escape the paparazzi. She hits a van while it is making a U-turn to get into its parking space.

LiLo poses for Vanity Fair magazine and allegedly admits to having bulimia and taking drugs. Although the “Mean Girls” star denies these claims, the magazine stands by its report. Before the article even hits the stands, Lohan is hospitalized for an asthma attack.

Lindsay  is hospitalized for “heat exhaustion” and “dehydration,” causing her to miss work on the set of “Georgia Rule.” The CEO of Morgan Creek Productions sends the actress a letter, chastising her. “We are well aware that your ongoing all night heavy partying is the real reason for your so-called ‘exhaustion.’ We refuse to accept bogus excuses for your behavior,” the letter read.

Lohan’s representative reports that the young starlet has been attending Alcoholics Anonymous meetings.

“The Canyons” star checks into rehab at the Wonderland Centre in Los Angeles, which stops production on her latest movie “I Know Who Killed Me,” a thriller about a stripper who is tortured by a serial killer.

Lindsay  crashes her Mercedes into a tree at 5 a.m. in Los Angeles. She is arrested on suspicion of drunk driving and a usable amount of cocaine is found inside her car. The star once again checks into a 45-day rehab program at Promises treatment center in Malibu.

The “Just My Luck” star successfully completes her 45 days of residential and extended care treatment at Promises and agrees to attend daily AA meetings, outpatient therapy and daily testing. She also agrees to wear an alcohol detection anklet. Two weeks later, Lohan is arrested on suspicion of drunk driving, possession of cocaine and for driving on a suspended license.

Lindsay Lohan checks into the Cirque Lodge Treatment Centre in Sundance, Utah, for about three months. She pleads guilty to cocaine possession and driving under the influence and is sentenced to one day in jail, community service and three year’s probation. She is also required to attend alcohol education classes on a regular basis.

The “Herbie: Fully Loaded” star heads to the Cannes Film Festival and misses a court hearing as a result. She is ordered to wear a SCRAM alcohol monitoring bracelet and is subjected to weekly random drug testing. Two weeks later, while attending an MTV after party, the device is set off, landing her in jail. She serves 13 days before completing a 23-day court ordered stint in rehab.

Lindsay ends up in court again after failing at least one drug test. On September 24, the judge orders her back to jail until her hearing on October 22. The actress leaves jail that night after winning an appeal and then heads back to rehab.

The troubled star is accused of stealing a $2,500 necklace from Kamofie and Company in Venice. Police retrieve the necklace from her home and Lohan is hit with a felony grand theft charge.

A judge finds Lindsay Lohan in violation of her probation and sentences her to four months in jail with 480 hours of community service.

The “Freaky Friday” star violates her probation in both her DUI and necklace theft cases and is sentenced to 30 days in jail.

The troubled actress crashes her Porsche into the back on a dump truck on the Pacific Coast Highway in Santa Monica. Lohan tells officers that her assistant had been driving.

Lindsay Lohan is arrested for fleeing the scene of an accident in New York City after she reportedly hits a pedestrian while driving through an alleyway.

Lindsay Lohan accepts a plea deal to avoid jail time. She is sentenced to 90 days in a locked down rehabilitation clinic, community service and 18 months of psychotherapy.