Home » Entertainment » Celebrities » Cast Of Freaky Friday: How Much Are They Worth Now?

Cast Of Freaky Friday: How Much Are They Worth Now? 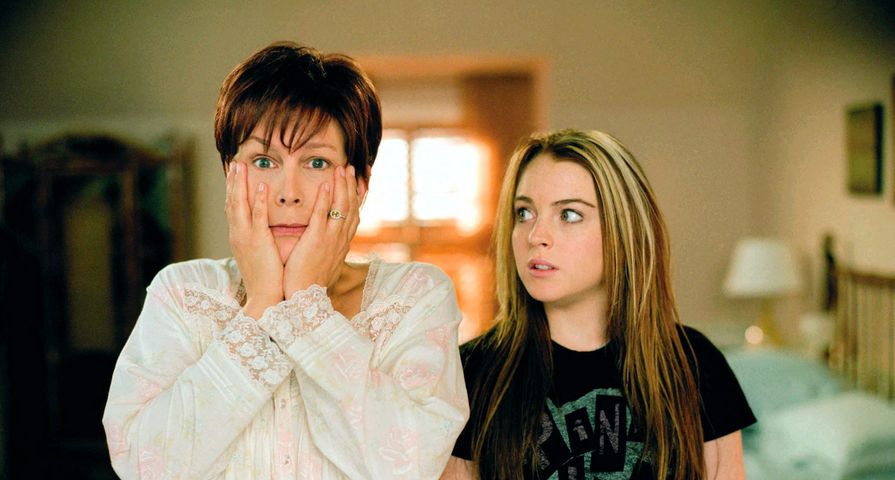 Back in 2003, Disney remade the 1976 film Freaky Friday with a slew of young and veteran stars. Lindsay Lohan, who was quickly becoming one of the generations biggest stars, took on the lead role while Jamie Lee Curtis starred as her mother. In the film, their souls switch bodies, leading to hilarious and emotional situations. A lot has changed, in ways both good and bad, in the 14 years since the film came out for many of the stars, and it still remains a bright spot in the otherwise sporadic and turbulent career of Lohan. All these years later, check out how much the cast of Freaky Friday is worth now.

Estimated Net Worth: Unknown. Julie Gonzalo had a small role in Freaky Friday as Stacey Hinkhouse, a frenemy of Lohan’s Anna Coleman character. It was her first major movie role, and while she has continued to act, her net worth remains largely unknown. Aside from Freaky Friday, she is also known for her roles in Dodgeball: A True Underdog Story, A Cinderella Story, Christmas with the Kranks and as Parker Lee in Veronica Mars. She has most recently been seen in the reboot of the long-running series Dallas and appeared in the indie film Waffle Street alongside One Tree Hill star James Lafferty. Given her resume, her net worth should be expected to be in the area of $800 thousand. 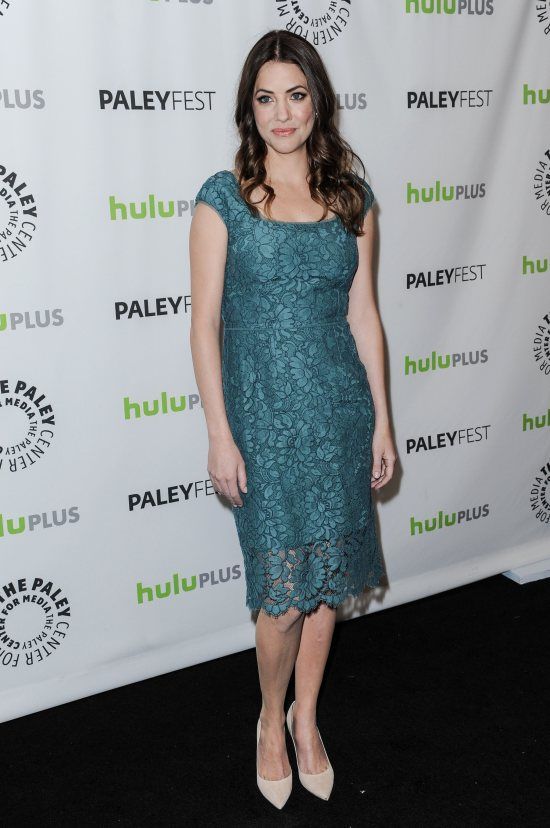 Estimated Net Worth: $10 Million. Willie Garson is a well known face in the entertainment industry after appearing in several major films and television series, racking up 154 acting credits to his name. In Freaky Friday he portrayed Evan, a client of Tess Coleman’s, but he is perhaps best known for his role as Stanford Blatch over several seasons of Sex and the City, as well as for his roles in films like Groundhog Day, Being John Malkovich, and There’s Something About Mary. He is also well known for his role as Mozzie on White Collar, and he appeared in a few episodes of Hawaii Five-O. Overall his hard work has definitely paid off with a net worth of $10 million. 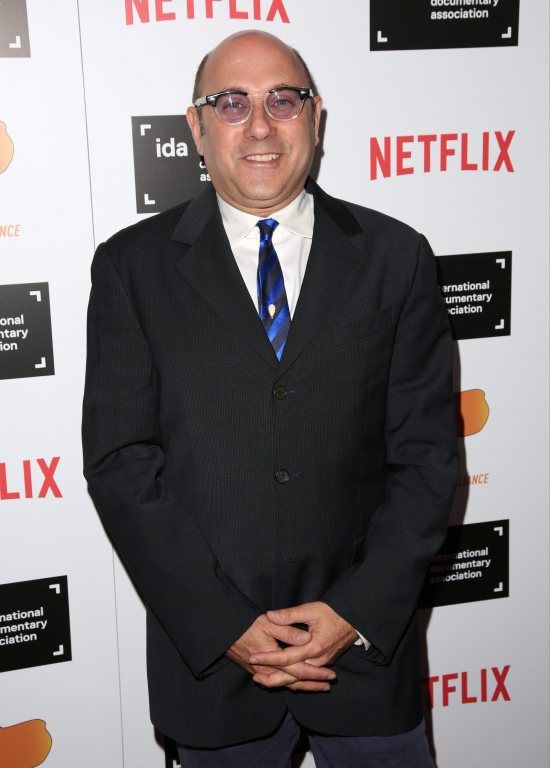 Estimated Net Worth: $2 Million. Rosalind Chao began acting back in 1970 with a role on Here’s Lucy and she has been steadily building her career since. Chao’s career really took off in the ’80s with roles in Diff’rent Strokes, After MASH and Falcon Crest and she is also known for her roles Star Trek: The Next Generation and Star Trek: Deep Space Nine. As for films, she appeared in Freaky Friday as Pei-Pei, the owner of the Chinese restaurant where Pei-Pei’s mother gives Anna and Tess Coleman fortune cookies to switch their souls. She also appeared in Just Like Heaven, The O.C. and Sin City Saints, all adding up to a net worth of $2 million. 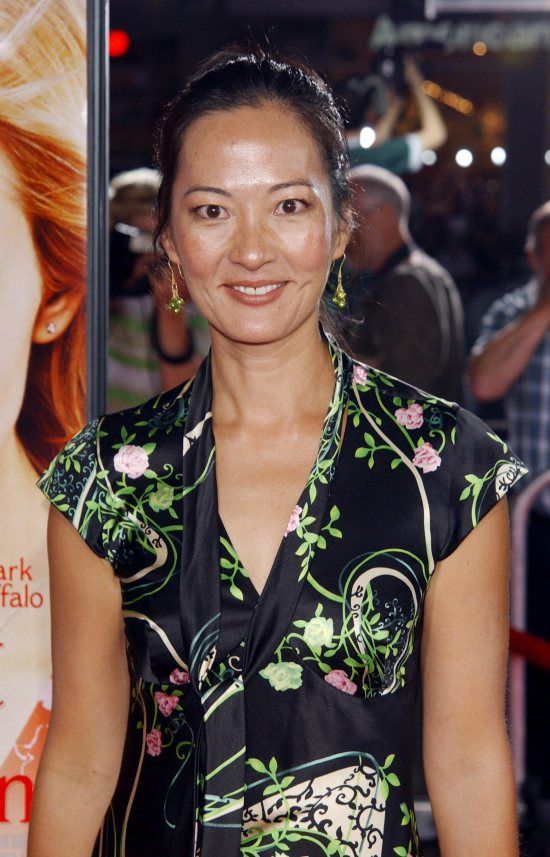 Estimated Net Worth: Unknown. Haley Hudson has had a limited acting career with her first acting roles coming in 2003. She first appeared on the series Lizzie McGuire for one episode and then landed the role of Peg in Freaky Friday, a Goth friend of Anna’s. She has since appeared in things such as Marley & Me and Weeds, as well as several single episode roles on various television series, which adds up to only 21 acting credits. As a result, her net worth remains unknown, but her lack of roles and major roles at that would land her with a net worth around $300 thousand. 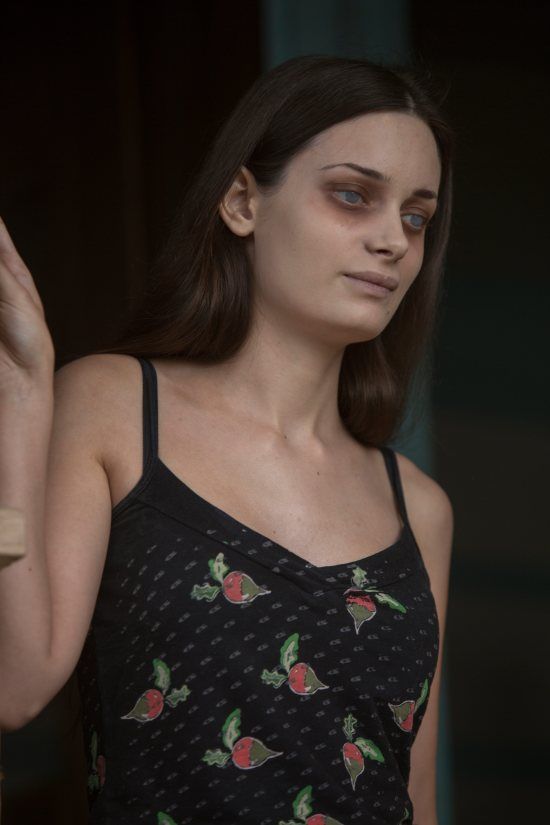 Estimated Net Worth: $500 Thousand. Christina Vidal landed the role of Anna’s other best friend, Maddie, in Freaky Friday and she has had marginally more success than Haley Hudson. She has appeared in many series and is best known for her roles in Freaky Friday, Welcome to the Dollhouse, See No Evil and Life with Mikey. Over the years, Vidal has also appeared in several single episodes of many different TV series, but most recently had a recurring role on the new series Code Black. With 49 acting credits and various roles under her belt, Vidal has earned a net worth of $500 thousand. 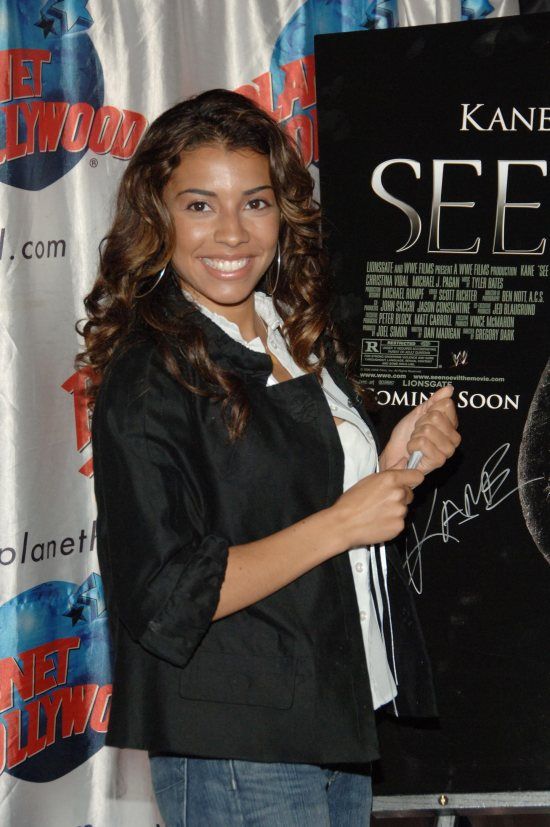 Estimated Net Worth: $300 Thousand. One of Ryan Malgarini’s first big roles was in Freaky Friday as Harry Coleman, the little brother to Anna, and he went on to have quite a few roles, but his career has tapered off. He has also appeared in The United States of Leland, Gilmore Girls, Malcom in the Middle, Gary Unmarried, Mike & Molly and most recently appeared in the new comedy series Fresh Off the Boat. With few big roles and a slow down in his career, Malgarini only has 20 acting credits, which lands him with an estimated net worth of $300 thousand. 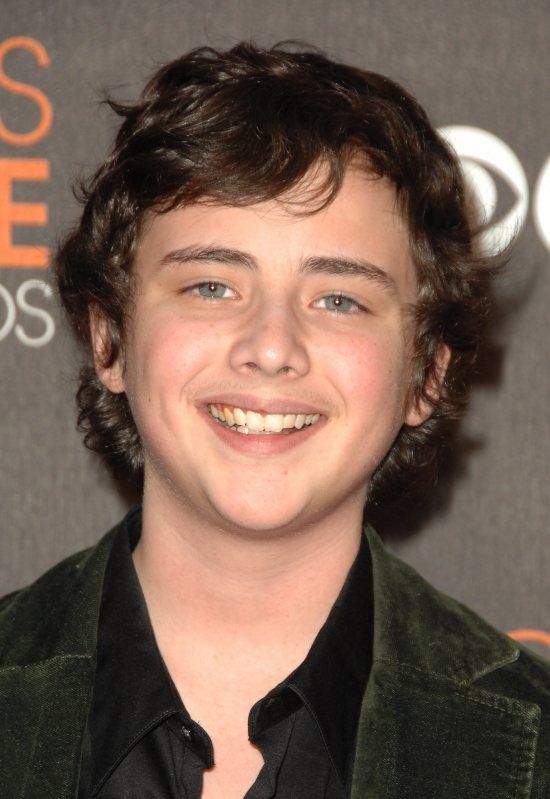 Estimated Net Worth: $1.5 Million. The fact that Stephen Tobolowsky has 255 acting credits and is only worth $1.5 million is truly surprising. He has had roles in both television and film across various genres since he first started acting in 1976. In Freaky Friday he appeared as Anna’s math teacher Mr. Bates who takes out his anger on Anna after her mother, Tess, turned him down at their prom. Of all his roles, he is best known for his parts in Memento, Thelma & Louise, Groundhog Day and Buried. He has also appeared in the shows The Mindy Project, Fuller House and The Goldbergs, and has quite a few films in post-production getting set for release. 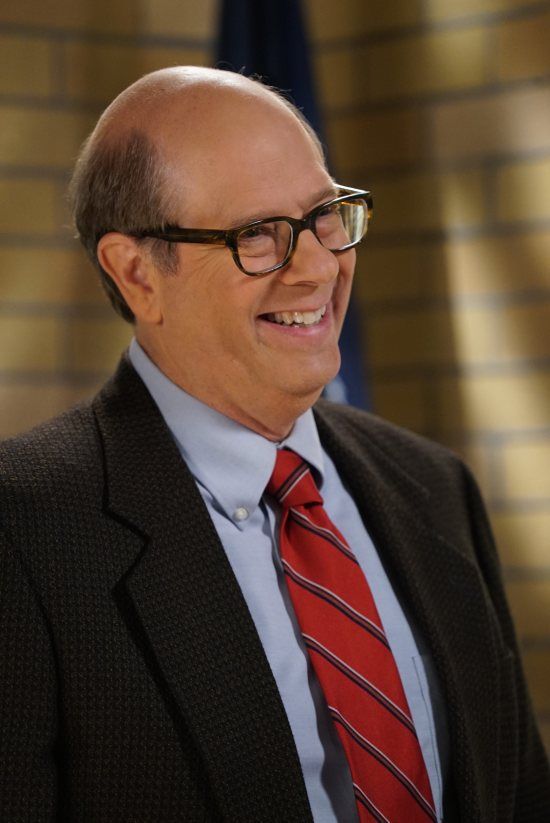 Estimated Net Worth: $90 Million. Although Mark Harmon has appeared in different films, he is best known for his role as Leroy Jethro Gibbs on the long-running series NCIS. He has appeared in several other shows as well and is known for appearing in Chicago Hope and Reasonable Doubts as well as films such as Fear and Loathing in Las Vegas and Freaky Friday as Tess’s boyfriend Ryan. Over his career Harmon has made an extremely impressive net worth of $90 million which is due mostly to starring in NCIS for which he reportedly gets paid an outstanding salary of $525 thousand per episode. 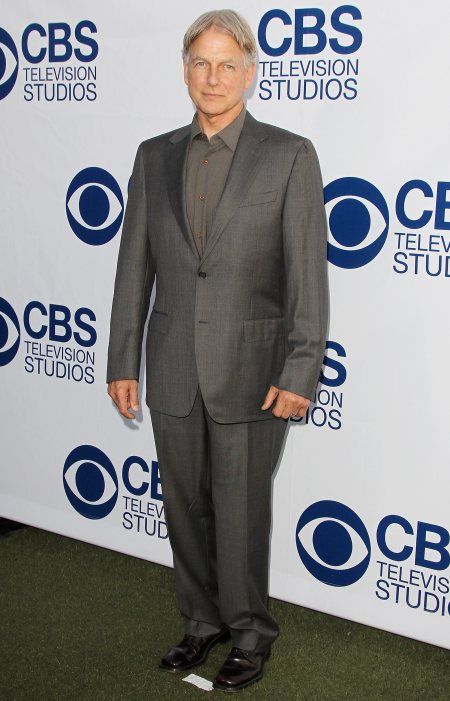 Estimated Net Worth: $12 Million. Chad Michael Murray did very well with his career in both teen films and TV series after getting his start on Gilmore Girls as Tristan Dugray from which he moved on to a recurring role on Dawson’s Creek as Charlie Todd. In 2003, he landed his most well known role to date as Lucas Scott on One Tree Hill, as well as the role of Jake in Freaky Friday, the love interest for Lindsay Lohan’s character. He has also appeared in films such as A Cinderella Story, House of Wax, Home of the Brave, Fruitvale Station, Cavemen, and Left Behind. After laying low for awhile in small roles, he has recently had roles in the series Chosen as well as Agent Carter and is doing very well for himself with a net worth of $12 million. 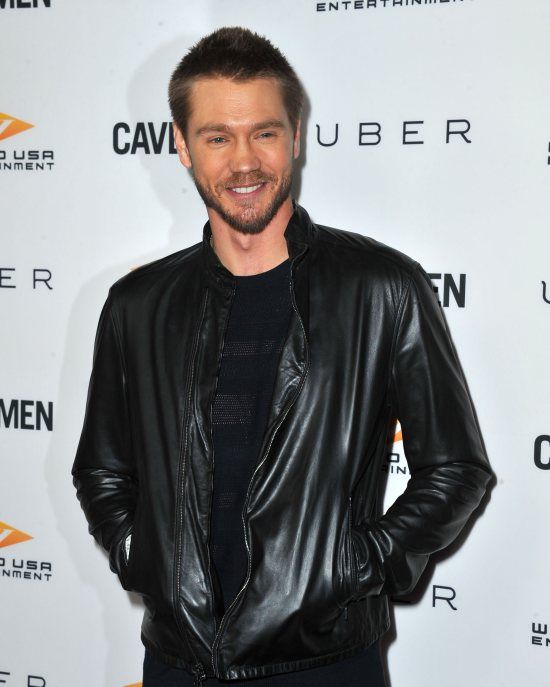 Estimated Net Worth: $35 Million. Jamie Lee Curtis rose to fame in the ’70s and ’80s as the original “scream queen” thanks to roles in several horror films at that time that included Halloween, The Fog, Prom Night and Terror Train. She then switched gears with roles in films such as Perfect, A Fish Called Wanda, My Girl, Forever Young and True Lies. She starred in Freaky Friday as Tess Coleman, and also appeared in the highly anticipated Veronica Mars film in 2014 and in recent years has turned to television fame with roles in NCIS and New Girl and a starring role in the series Scream Queens. All together Curtis has a very impressive net worth of $35 million. 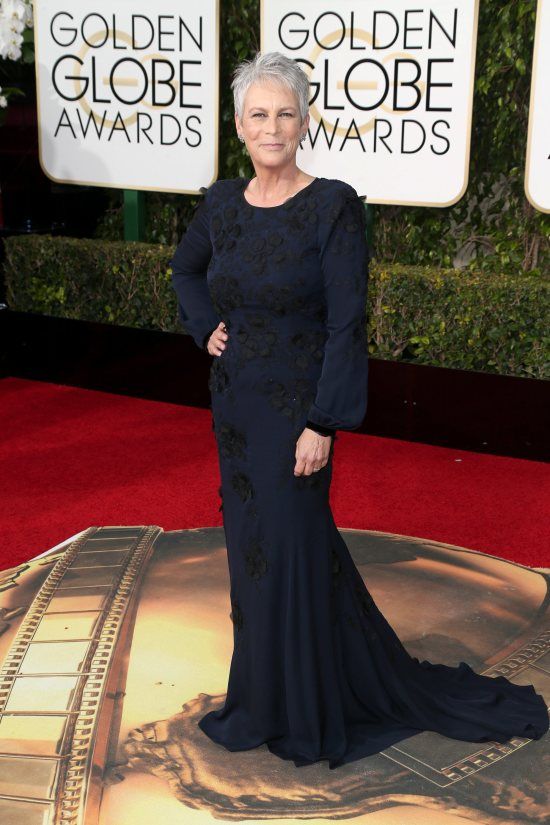 Estimated Net Worth: $500 Thousand. For a short period of time, Lindsay Lohan was one of the brightest young stars in the industry after beginning her career as a child model and actor with her starring role in Disney’s remake of The Parent Trap. Freaky Friday was one of her next major roles, but things really took off for her popularity after she starred in 2004’s Mean Girls. She then had roles in Herbie Fully Loaded, Just My Luck and Georgia Rule, but unfortunately the lure of the party life seemed to influence Lohan too much and her career got derailed after multiple arrests for DUIs. In 2011, she agreed to a $1 million contract with Playboy to appear nude after coming close to bankruptcy, while the IRS also took over her bank accounts to pay back the $233,000 she owed in unpaid federal back taxes. Although she earned a reported $2 million for her series with Oprah Winfrey, most of it went towards paying back taxes, as well as rehab fees and, even though she seems to have turned her life around and has stayed away from the spotlight, she only has a reported net worth of $500 thousand. 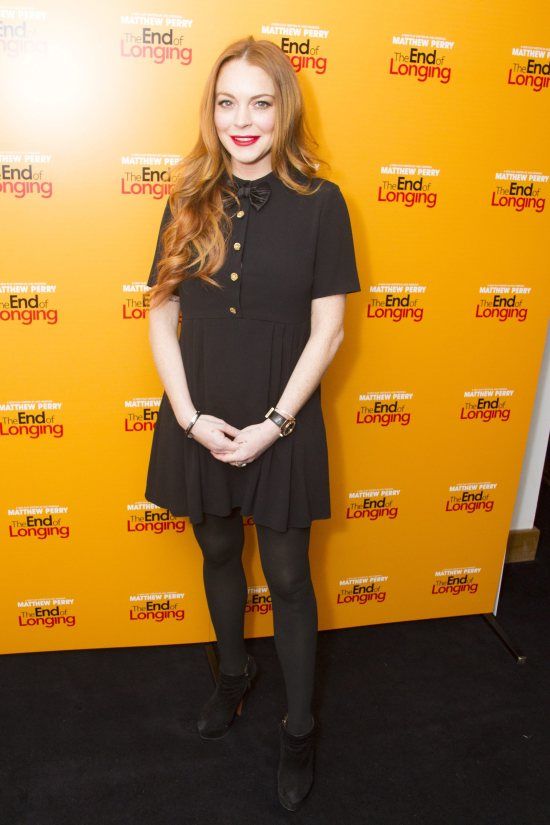