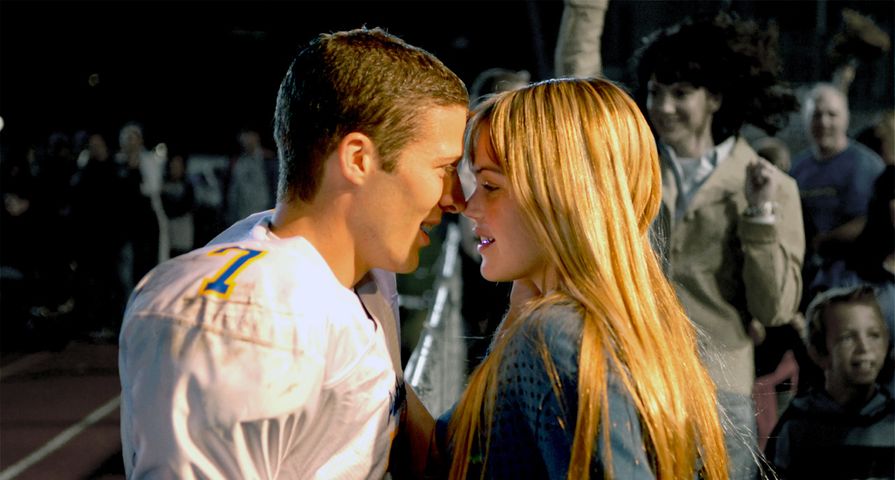 Friday Night Light‘s had it’s fair share of intense and intriguing love stories that had many fans wishing the actors were together in real life. In fact a major part of the reason why the show was a critical success, despite not having a large audience, is because it was so realistic, and made you believe the stories and lives of the characters in a football town in Middle America. Even though much of the show revolved around a few ongoing and major relationships, there were deviations, break-ups and even just hints that a potential couple may be in the works which resulted in quite a few odd pairings. Regardless of how good the actors were or interesting their storyline was, Friday Night Lights had a few couples, flings and hook-ups with absolutely no chemistry resulting in some cringe-worthy or exasperating moments. Check out Friday Night Light‘s 8 Worst Chemistry Couples.

This is one of the couples that never happened but was hinted at and dragged through over the course of way too many episodes and was enough for fans to know it could never happen. Although Tim was a well known ladies man, and Becky was definitely pretty, he knew better than to go for a high school girl and he had already slept with her mother. Regardless, Becky constantly tried to flirt with Tim and the results were nothing short of awkward as he had to turn her down every single time, and had to be careful that his intentions did not get misconstrued all the times he had to come to her aid. Their friendship ended up being pretty cute, but there was absolutely no romantic chemistry between the two that made anyone wish it was actually going to happen.

Again, Tami Taylor and her co-worker Glenn were never a couple, but yet again there was a lot of unreturned flirting and a shocking and cringe-worthy kiss. The intrigue of the relationship between Tami and Eric Taylor prevailed without the usual sub plots of infidelity, mistrust or unrequited love; however, the show did play at the hint that these things happen when it came to Tami Taylor and Glenn, a counselor at West Dillon High. A few episodes at included Tami feeling distance between herself and Eric because of his busy schedule and constant distractions dealing with his team, something Glenn must have picked up on when he planted an unwanted kiss on Tami. While many shows might just include a story of an affair when a wife feels neglected, not Friday Night Lights, and not Tami Taylor. It was clear there was no mutual attraction between her and Glenn from her side, and just that one kiss was enough to make fans’ cringe.

The show was predominantly concerned with the relationship between Matt Saracen and Julie Taylor, but Matt had a couple other relationships and unfortunately they weren’t any more believable. In Season 2, Matt decides to get an in-home nurse for his ailing grandma Lorraine, and although at first neither are very welcoming to the nurse, Carlotta, it doesn’t take long for Matt to develop feelings for her. Even though Matt went as far to break up with his other girlfriend Lauren for Carlotta, the relationship never seemed real. Carlotta seemed much more mature than Matt, and while the show had fans believe Matt was very in love with her, that chemistry did not translate between the two. Luckily, it didn’t last long and Carlotta left to be with her family in Guatemala, and although the relationship didn’t make much sense, it led to one of the Matt’s breakdown and one of the best moments in the show when Coach throws him in a cold shower to sober him up and tells him there is nothing wrong with him.

Tyra Collette and Tim Riggins was one of the best love stories of the show, which was interesting because they were apart and with other people for so much of it. Tyra had a few love interests throughout the series, but no one that was hard to get right from the beginning was the cowboy, Cash. The story was without a doubt interesting but, as was the case with a lot of Friday Night Lights’ storylines and characters, there wasn’t enough development between Tyra and Cash for fans to know if there was real chemistry between the two. The more we saw of them, the weirder it got, especially when she took off from school to travel around to rodeos with him. It was apparent they had no chemistry and who could forget that he was also abusive.

Julie Taylor was a horrible character, and her constant selfish attitude made it hard to believe there was anything real in any relationships in her life. Regardless of her ways, it seems like there was always someone attracted to her and, when she was done messing around with poor Matt Saracen’s emotions, she went to college where she ended up in a fling with her one of her teaching assistants, Derek Bishop. Watching the relationship was extremely uncomfortable as it was borderline creepy and most definitely awkward as there seemed to be no believable romantic or sexual chemistry between the two characters.

Tim Riggins could probably have sexual chemistry with anyone on the show ,but that didn’t mean every could be love or girlfriend for the character actually worked. In Season 2, Tim gets involved with his slightly older neighbor Jackie, and got close to her young son who started to look up to Tim. The friendship between Tim and Bo is adorable, and shows the development of Riggins’ character but, once again, the relationship between Tim and Jackie was creepy and weird, because even though he was a ladies man, the fact was he was still in high school. That vibe and the difference in characters, a care-free Riggins and a single mother Jackie, ensured that this particular couple never really got off the ground.

Sometimes even putting two of the show’s best characters together doesn’t work out, no matter how much they are each loved by fans individually. Right from the first episode, it was clear Landry Clarke was going to steal the show, and all Friday Night Lights fans wanted to see him happy. In Season 4, Landry meets Jess Merriweather and, while a romantic storyline was initiated, it wasn’t really believable at any point. While both characters were amazing, together they only made sense of friends, a feeling that could not be displaced by romance, which wasn’t helped by the undeniable chemistry between Jess and Vince and fans were still reeling from Landry and Tyra.

Regardless of feelings about Julie, some people actually liked Matt and Julie together, but after so many ups and downs, breakups and makeups, it was strange that they never got out of the awkward phase. It always seemed as though Julie thought she was too good for Matt, which was not the case at any point. In fact it became harder and harder to watch the relationship knowing how great of a guy Matt is and the kind of girl he deserved only to keep going back to Julie. It never seemed like Julie was fully into the relationship which made it very hard to believe, and that combined with how sweet and caring Matt is made for an odd match, and a very unconvincing couple.