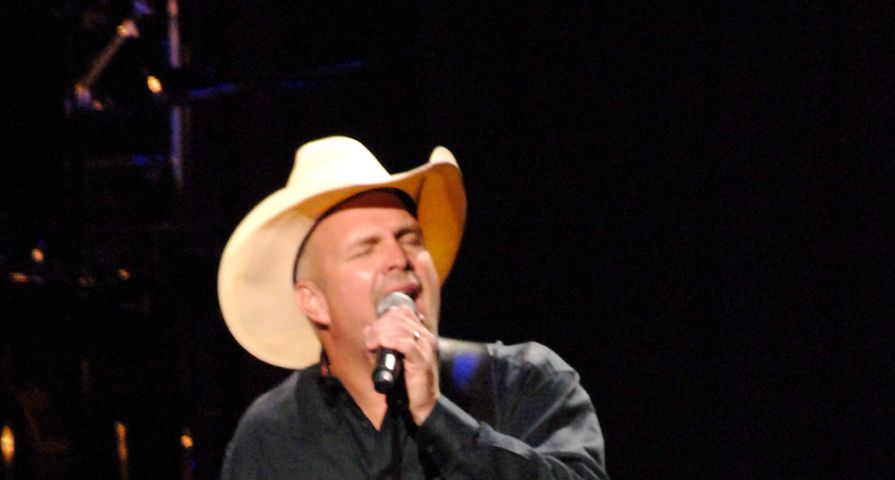 Country music catches a lot of flack from outside artists and non-country fans for only singing about tailgates, pick up trucks and cans of cold beer, but these are often misguided stereotypes. For people who know and love country music, it is a genre that is praised for producing storytelling hits that are more than a fine crafted tune. American country music has been around since the 1920s which means the genre has seen a lot of ballads come and go over the past several decades, and sometimes audiences don’t necessarily like the story these songs are singing, at least not at the time of their release. Check out this list country music’s most controversial songs:

10. “Courtesy of the Red White and Blue (The Angry American)” — Toby Keith

Toby Keith’s song was released in 2002, a short time after the 9/11 terrorist attacks and the song resonated with a lot of people because it harnessed a lot of anger and that good ‘ol American patriotism many Southern country fans have. But there was also many people who felt a strong distaste against the message of the song and thought it wasn’t very productive at the time of its release. Critics even said the song was “ignorant” or had a “two-fisted tone” with lyrics like, “Soon as we could see clearly/Through our big black eye/Man, we lit up your world/Like the Fourth of July,” or “This big dog will fight/When you rattle his cage/And you’ll be sorry that you messed with the U.S. of A./’Cause we’ll put a boot in your a–/It’s the American way.” It was quite different from some of the other 9/11 songs that were being released at the time. Despite high tensions, the song topped the charts and thrust Keith into the spotlight.

This song isn’t necessarily controversial now, but in 1991 when the hit was released it was considered a little too racy for it’s time. The song tells the story of a family crippled by poverty after the father abandons them, so the mother sends her 18-year-old daughter to work as a prostitute. The daughter ends up being extremely successful, but is haunted by her sad past and the memory of her desperate mother. There are definitely much more provocative, racy and offensive songs topping the charts today, but in 1991 this song wasn’t accepted by some of Reba’s conservative listeners. In fact, the song wasn’t even written by Reba in ’91 — that was merely the first time it was recorded and publicly released. The song was written during an even more conservative time back in 1969 by Bobby Gentry.

This hit song ruffled a few feathers, not because of the seductive lyrics, but rather because of who was singing them! Back in 1973 when this single was released, Tanya Tucker was only 15-years-old, so the provocative tone that implied sex before marriage with lines like, “Would you lay with me, in a field of stone/Should my lips grow dry, should you wet them, dear” didn’t sit well with listeners. Nowadays, it might not garner such a heated response, but back in 1973 at her age, it was a big deal.

Like some of the other tunes on this list, Tim McGraw’s “Red Ragtop” released in 2002 touched on the extremely taboo subject of abortion. This is still hotly debated in society today! At the time of this song’s release, McGraw was still relatively new on the scene, but he was already showing that he wouldn’t silence his opinions to please the majority listeners. The country ballad told the story of a couple who decides to have an abortion. In an interview with Country Weekly, his manager said, “Tim, when he heard the song, recognized that it was a real song about real issues and things people have to deal with. He views it as truly a slice of life.” Despite people turning away from the song, there are many people who appreciate the raw honesty of the song and it’s tragic story.

A song about birth control might be weird even in today’s open minded society, but back in 1975 it was most definitely not okay. Loretta Lynn kicked up some dust when she put out a song called “The Pill,” referring to birth control. More than 60 radio stations from Boston to Tusla banned the song from playing on their airwaves and a Kentucky preacher even went so far as to publicly denounce the song, but his words and those at the radio stations fell on deaf ears because the song became a Top 5 hit selling 15,000 copies a week. Loretta was popular because the songs she was writing and singing spoke to the blue-collar community, especially the work-worn American females who were unliberated at the time. The song pushed the idea of women taking the pill and when she was asked about the song she said, “My mama’s just sorry she didn’t have the pill so she wouldn’t have had eight of us to feed.”

This song was another hit that was banned by various radio stations at the time it was released. Back in 1969, Merle Haggard unintentionally stirred the political pot when he released the song “Okie From Muskogee.” The controversial lyrics read, “We don’t burn our draft cards down on Main Street, Beads and Roman sandals won’t be seen,” though many still debate whether the lyrics are meant to be satirical, it was banned by some radio stations who disagreed with its overall message. Like many other controversial songs it received mixed reviews — some people loved it like President Nixon, while others, like the Black Panthers group called it “divisive.”

This song would still get many people hot and bothered because of its underlying message, especially for female listeners. The song read, “Nothin’s worth having if it ain’t a little hard to get/So let me clarify so you won’t have to try and guess/When I say ‘no’ I mean ‘maybe,’ or maybe I mean ‘yes.'” At the time, Holly Dunn maintained that the song didn’t refer to anything other than the innocence of a woman accepting a date from a man, but after she received such a strong response against the song, she asked radio stations to stop playing the song.

Written by Tommy Barnes, Jumpin’ Gene Simmons and John D. Loudermilk, “Indian Outlaw” was performed by Tim McGraw in 1994. The song was the first single from his album Not a Moment Too Soon and it was his first Top 40 country hit. Despite it being the song that thurst him into success, it also got a lot of people hot and bothered about its patronizing tone towards Native Americans. The song tells the story of a rebellious American Indian character who is “half Cherokee and Choctaw” and his pursuit on a Chippewa lover. At the time of its release the song was considered controversial and there were several radio stations who refused to play it.

Two musical worlds collided when Brad Paisley released a duet with LL Cool J back in 2013. The song was meant to explore centuries of racism inspired by films like Django Unchained and Lincoln, but it didn’t quite accomplish its goal. Many critics thought the song was a little too ambitious and featured too much “Southern pride” with the Confederate flag. The song was soon labeled as “ham-fisted” with lyrics like, “If you don’t judge my gold chains/I’ll forget the iron chains.” Critics acknowledged that Paisley had good intentions with the song, but “fails to become more than a flat-footed apology for hate-induced uneasiness” and LL Cool J’s verses were deemed just downright “bizarre.” The song was released on Paisley’s Wheelhouse album and was a painful six minutes long.

This song takes the number one spot on this list, not because it talks about the most taboo subject, but rather because it ruffled the most feathers with huge networks like TNN (The Nashville Network) and CMT (Country Music Television) banning the video and song shortly after it was released stating that it was not in their interest to promote or condone violence or social issues. The song was released in 1991 and discussed the topic of infidelity. It told the story of a man who is caught cheating on his wife and in the third verse the betrayed wife shoots her two-timing husband with a pistol. The song was a little too dark and twisted for many listeners, even though there are some similar songs out there now by female country artists (Miranda Lambert, Carrie Underwood and Dixie Chicks). The song rose on country charts and even became a number one song, but only because the third verse was never included in any of the recordings. Garth Brooks would sing the third verse when he performed the song live in his concerts to his audiences delight.