Home » Entertainment » Celebrities » Cast Of Sweet Home Alabama: How Much Are They Worth Now?

Cast Of Sweet Home Alabama: How Much Are They Worth Now? 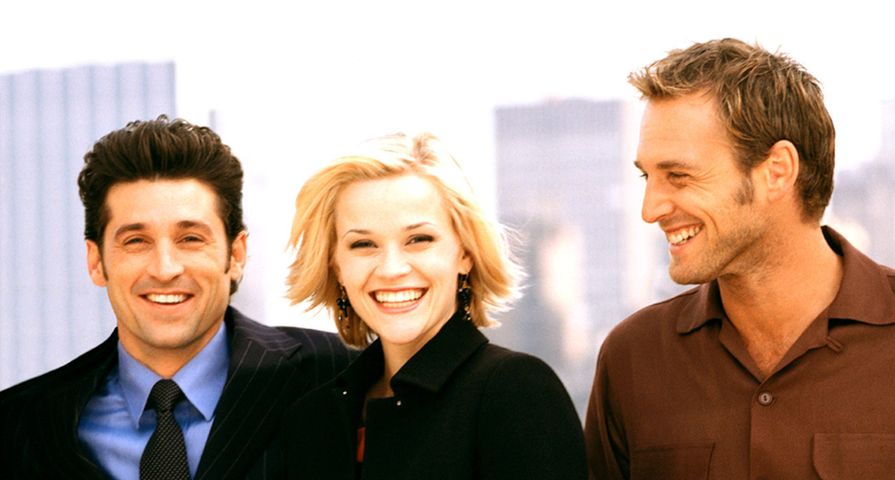 It has already been 14 years since Sweet Home Alabama stole our hearts. It was one of the best of the 2000’s era of romantic comedy thanks to an absolutely hilarious storyline, and of course an amazing and talented cast to pull it all off. Despite some negative and a lot of mixed reviews, Sweet Home Alabama was a huge hit with audiences and ended up pulling in almost $200 million worldwide, blowing the estimated $30 million budget for the film out of the water. It ended up featuring a cast of huge stars, many of which went on to even bigger stardom, leading us to wonder just how far they have all come since. Check out how much the cast of Sweet Home Alabama is now!

Estimated Net Worth: $16 Million. Dakota Fanning had a small but very effective role in Sweet Home Alabama as young Melanie. Although her career began when she was very young, thanks to many appearances on different TV series and starring roles in I Am Sam, and Trapped, she only keeps gaining more and more ground in the industry. She went on to star in Uptown Girls, Man on Fire, War of the Worlds, and the Twilight series. She currently has many projects in the works and at 22 years old is already worth an incredible $16 million.

Estimated Net Worth: $3 Million. Nowadays, Kevin Sussman is best known for his hilarious role as Stuart Bloom in The Big Bang Theory, but he has been consistently working in many big name shows and films for quite some time. His first big role was in Almost Famous, followed by Wet Hot American Summer and then A.I. Artificial Intelligence and Sweet Home Alabama as Barry Lowenstein. He has since appeared in things such as Ugly Betty, Burn After Reading, Killers and Weeds, and of course, The Big Bang Theory, all adding up to an estimated net worth of $3 million.

Estimated Net Worth: $10 Million. Rhona Mitra began her career in modelling although she decided from a young age that she wanted to be an actress. She first gained recognition as the live action model for the Lara Croft: Tomb Raider video game in 1997-1998. She moved into acting with small roles, but got a break after appearing on Party of Five as Holly Marie Beggins. Her career quickly took off and in 2002 she appeared in Sweet Home Alabama as Melanie’s friend Tabatha. She has since appeared in things such as The Gates, Boston Legal, Underworld: Rise of the Lycans and The Last Ship. Mitra has done very well for herself with an estimated net worth of $10 million.

Estimated Net Worth: $4 Million. Mary Lynn Rajskub has made quite a name for herself in the entertainment industry after racking up 94 acting credits. She has been in many films and series including Sweet Home Alabama as Dorothea. She is also well known for her roles in Little Miss Sunshine, Julie & Julia, 24, 2 Broke Girls and has most recently appeared in the hit comedy series Brooklyn Nine-Nine. Her continuous and hard work has paid off with an estimated net worth of $4 million.

Estimated Net Worth: $5 Million. Melanie Lynskey is a very familiar face in both movies and television having been in films such as Up in the Air, Heavenly Creatures and The Perks of Being a Wallflower. Recently, she was best known as Rose from Two and a Half Men, and she starred as Michelle Pierson in the new series Togetherness. Lynskey is also well known for her role in Sweet Home Alabama as Lurlynn, and has made a respectable net worth of $5 million.

Estimated Net Worth: $3 Million. For the amount of things Ethan Embry has been in, it is truly surprising his net worth isn’t more! Over the years Embry has become popular thanks to roles in films and series such as Empire Records, White Squall, Can’t Hardly Wait, FreakyLinks, and Sweet Home Alabama as Bobby Ray. Since starring in the film, Embry has starred in Harold & Kumar Get the Munchies, Eagle Eye and Once Upon a Time. Most recently he has appeared in the new hit series Grace and Frankie as Coyote Bergstein. He now has a net worth of $3 million.

Estimated Net Worth: $4 Million. Jean Smart has made quite a career for herself after beginning her acting career in 1979. She got her break appearing in series such as Teachers Only, Reggie, Maximum Security and portraying Charlene Frazier Stillfield on Designing Women. In recent years she has been in seen in Frasier, Bringing Down the House, Youth in Revolt, Garden State, The District, 24, Fargo, and of course Sweet Home Alabama as Stella Kay Perry, which all adding up to a substantial estimated net worth of $4 million.

Estimated Net Worth: Unknown Mary Kay Place has been in the entertainment industry since the early ’70s and has racked up 128 acting credits to her name, yet surprisingly, her net worth remains unknown. She is best known for her roles in Mary Hartman, Mary Hartman, Being John Malkovich, It’s complicated and as Melanie’s mother, Pearl Smooter, in Sweet Home Alabama. She is also well known for her roles in Big Love and Lady Dynamite. Given her steady work in big name films and TV series, it would seem Mary Kay Place is doing just fine with her bank accounts.

Estimated Net Worth: $3 Million. Fred Ward is a very recognizable figure in Hollywood thanks to his film roles in Escape From Alacatraz, The Right Stuff and most notably 1990’s Tremors. He has since appeared in Dangerous Beauty, Invasion: Earth, The Crow: Salvation, Joe Dirt, Summer Catch, Corky Romano and of course Sweet Home Alabama as Earl Smooter. Over the years, he has slowed down in roles and was most recently seen in 2015’s True Detective as Eddie Velcoro. He can afford to take a break, however, with an estimated net worth of $3 million.

Estimated Net Worth: $25 Million. Candice Bergen has been in many series and films over her career and remains best known for her roles in Murphy Brown, Gandhi and as Kathy Morningside in Miss Congeniality and Mayor Kate Hennings in Sweet Home Alabama. She has gone on to appear in many more notable projects including View From the Top, The In-Laws, Sex and the City and most recently series such as The Michael J. Fox Show and Battle Creek. Thanks to many years, and many successes, Bergen has an estimated net worth of $25 million.

Estimated Net Worth: $60 Million. At this point in his career, Patrick Dempsey is an actor who needs no introduction. After starting out in the ’80s with roles in things such as Fast Times, Some Girls and Can’t Buy Me Love, things took off for Dempsey and in 2002 he starred in Sweet Home Alabama as Andrew Hennings. Only three years later he landed his huge role as Dr. Derek Shepherd in Grey’s Anatomy, and also starred in more films such as Enchanted, Made of Honor, Valentine’s Day and Transformers: Dark of the Moon. After leaving Grey’s, he will next be seen in the highly anticipated film Bridget Jones’s Baby. With only 62 acting credits to his name, Dempsey is worth a whopping $60 million.

Estimated Net Worth: $16 Million. It didn’t take too long for Josh Lucas’s good looks to make him a sought after star in Hollywood. He began his career with small roles on series such as True Colors, Life Goes On, and Jake and the Fatman before getting his break in 1993’s Alive. He went on to appear in Snowy River: The McGregor Saga and several off-Broadway productions before his roles were slightly hindered after he got his nose broken and had to undergo surgery. Afterwards, he picked up bigger roles in American Psycho, The Deep End and A Beautiful Mind before starring as Jake Perry in Sweet Home Alabama. He has since been in Hulk, Secondhand Lions, Glory Road, The Lincoln Lawyer and most recently the series The Mysteries of Laura. Overall he has done very well with an estimated net worth of $16 million.

Estimated Net Worth: $120 Million. Trying to list all of Reese Witherspoon’s accomplishments would be difficult, considering the stunning actress has starred in so many successful films over the years. It all started with her role in 1991’s The Man in the Moon, and before long she was starring films such as Fear alongside Mark Wahlberg, Pleasantville and, of course, the cult classic Cruel Intentions. Many more of her best known films include, Legally Blonde, Walk the Line, Just Like Heaven, Mud, This Means War, Wild and Sweet Home Alabama as Melanie Smooter. Along with her acting career, Witherspoon has branched out into business and as made an incredible $120 million.