Home » Celebrities » Entertainment » Cast Of Practical Magic: How Much Are They Worth Now?

Cast Of Practical Magic: How Much Are They Worth Now? 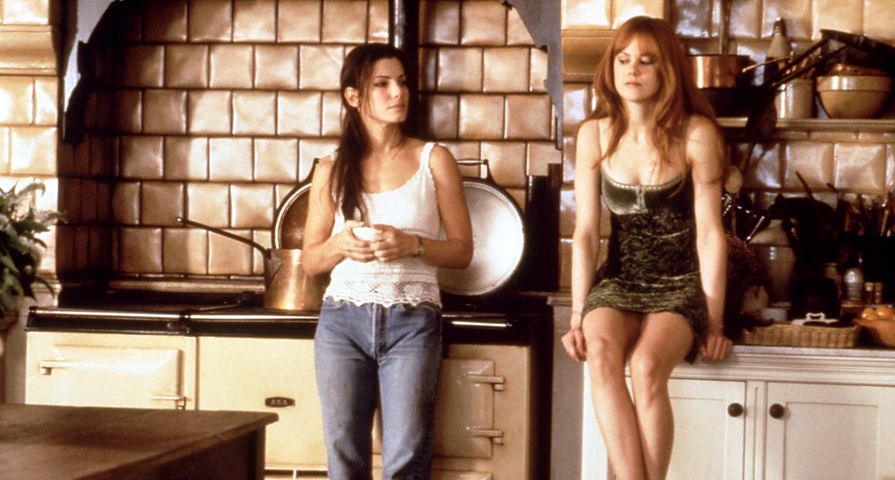 The ’90s were a truly great time for television and film. Romantic comedies soared in this time, and so many of them were just too good that they will never be matched and one of the best and most unique was 1998’s Practical Magic. Despite not doing well at the box office and receiving negative reviews from critics, it has developed a cult following, and it isn’t hard to see why with the amazing cast that came together to pull the movie off! Now that it has been nearly 20 years since the film first premiered, check out how the cast is doing now with this list of how much they are worth now!

Estimated Net Worth: $4 Million. Margo Martindale began her career in theater where she became a good friend of actress Kathy Bates and made her on-screen debut in the 1987 TV movie Once Again. After a few minor roles in other films she began to land bigger parts beginning with 1993’s The Firm. Some of her biggest films include The Hours, Orphan, August: Osage County and Million Dollar Baby, as well as Practical Magic which she appeared in as Linda Bennett. She is perhaps best known for her TV roles, however, having appeared in The Riches, Dexter, Mercy, The Millers, The Good Wife, and The Americans, and won two Primetime Emmys for her role as Mags Bennett in the acclaimed series Justified. Given her wide range of work and talent it is surprising she is not worth more than $4 million.

Estimated Net Worth: $4 Million. Camilla Belle is a well known actress today, and as such many forget that her career began when she was just a child and she appeared in Practical Magic as the young Sally. It wasn’t until 2006, however, that she landed her breakout role in When a Stranger Calls. From there she has become known with roles in 10,000 BC, Push, Breakway and The American Side, just to name a few. She has accumulated 39 acting credits to her name and now has an estimated net worth of $4 million.

Estimated Net Worth: $5 Million. Mark Feuerstein began his career with a bad reputation of being a “sitcom killer” after being cast in many sitcoms that failed after only a few episodes or one season. One of his biggest roles was in Practical Magic as Sally’s husband Michael who dies from the curse cast upon the Owens women. He then appeared in TV series such as Sex and the City, and Ally McBeal, as well as films such as Woman on Top and What Women Want. He is best known for his role as Hank Lawson in Royal Pains, and has amassed a net worth of $5 million, which was helped along greatly by his reported salary of $125,000 per episode of Royal Pains.

Estimated Net Worth: $8 Million. Early on in her career, Evan Rachel Wood had many different roles, one of which was as Kylie Owens in Practical Magic. After roles on Profiler and Once and Again, her breakout part came in 2003’s Thirteen as Tracy Freeland. She has had consistent work since with her biggest roles in films such as The Wrestler, The Ides of March and Across the Universe. She currently stars on Westworld as Dolores Abernathy. Thanks to many roles and hard work she now has a respectable net worth of $8 million.

Estimated Net Worth: $12 Million. Aidan Quinn began acting at the age 0f 19 in theater production and his film debut was not far behind with a part in 1984’s Reckless. He has since made himself quite a respectable career in the industry when he landed many supporting roles in the same type of parts portraying the quiet, intelligent type. He went on to have many roles including in The Mission, Avalon, Benny & Joon, Legends of the Fall, and of course Practical Magic as Gary Hallet. He is now best known for his role as Captain Thomas Gregson in the hit TV series Elementary, and as made himself an impressive estimated net worth of $12 million.

Estimated Net Worth: $2 Million. One of Goran Visnjic’s first big riles in a North American film was as Jimmy Angelov in Practical Magic. From there he made himself well known with his role as Luka Kovac on ER from 1999-2008. He has also appeared in movies such as The Deep End, Eleketra and provided the voice of Soto for the animated hit Ice Age. Most recently, he has had roles in things such as The Girl with the Dragon Tattoo, Extant, Crossing Lines and Timeless and has made an estimated $2 million.

Estimated Net Worth: $50 Thousand. Given Dianne Wiest’s impressive resume it is truly surprising that her net worth is only reported at $50 thousand. She began her on-screen career in 1975 and has appeared in many notable films such as Footloose, The Lost Boys, Edward Scissorhands, I Am Sam and Practical Magic as Aunt Jet. Despite continuing work with her role in Life in Pieces, as well as two Oscar wins, one Golden Globe and two Emmys, Wiest’s net worth remains unusually low by Hollywood standards.

Estimated Net Worth: $5 Million. Stockard Channing will always be best known for her role as Rizzo in Grease, but she has had many notable roles over the years including in Heartburn, Six Degrees of Separation, Where the Heart Is and Practical Magic as Aunt Frances. She has also become a television star in shows like Out of Practice and The West Wing and has most recently had a recurring role as Veronica Loy in The Good Wife. All together Stockard Channing has now earned a net worth of $5 million.

Estimated Net Worth: $130 Million. Nicole Kidman is one of the highest paid actresses in the industry now with 80 acting credits and numerous awards to her name. Her very first role was in 1983 and she worked consistently through the ’90s with roles in Days of Thunder, Far and Away, My Life, Eyes Wide Shut and Practical Magical as Gillian. Her biggest roles came with films like Moulin Rouge!, Cold Mountain, The Hours and The Others, just to name a few. Her iconic career is far from over and she is already sitting pretty on a net worth of $130 million.

Estimated Net Worth: $200 Million. Much like Nicole Kidman, Sandra Bullock’s career needs no explanation or introduction. She has reigned as one of the most talented and well-liked actresses in Hollywood for quite some time, taking on very different roles in very different genres and always hitting the mark. Her very first role was in 1987’s Hangmen, and she went on with roles in the TV series Working Girl and various films until her career basically sky-rocketed thanks to two very big films in 1993 and 1994, Demolition Man and Speed. From there she was one of Hollywood’s most sought-after leading ladies and has never slowed down with moves such as The Net, Hope Floats, Practical Magic, Miss Congeniality, Two Weeks Notice and oh so many more. She has since turned into a businesswoman and has branched into producing, accumulating an absolutely amazing net worth of $200 million.