Home » Entertainment » Celebrities » Cast of Pitch Perfect: How Much Are They Worth Now?

Cast of Pitch Perfect: How Much Are They Worth Now? 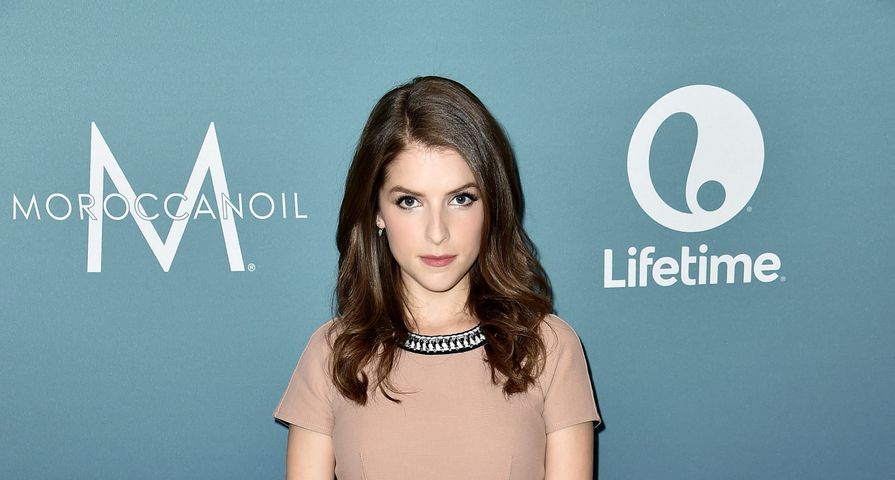 This sleeper hit earned big bucks at the box office and became the second highest-grossing musical comedy film of all time behind School of Rock! The film is a loose adaptation of Mickey Rapkin’s non-fiction book, titled Pitch Perfect: The Quest for Collegiate A Cappella Glory and stars an ensemble cast. It also has a sequel and a third installment, which is scheduled for released on December 22, 2017. This list takes a look at just how much those song-singing actors are worth these days.

Estimated Net Worth: $14 Million. So Anna Kendrick has basically been nominated for a million awards right from the get-go of her career. She began developing her acting and singing chops at an early age and in 1998 she appeared in the Broadway production of High Society for which she received a Tony Award nomination. She made her film debut a couple of years later in Camp and was once again nominated for prestigious awards. She became a fan favorite after starring as Jessica Stanley in The Twilight Saga, and in 2009 earned her first Golden Globe and Academy Award nomination for her role in Up in the Air. When the non-fiction work Pitch Perfect: The Quest for Collegiate A Cappella Glory by Mickey Rapkin was adapted to film, co-producer Elizabeth Banks said there was no one besides Anna to play the lead role. “I saw Anna in Up in the Air and thought it was the most exquisite, elegant, balanced, sublime performance. Anna was our first choice for the role of Beca.” And the role has shot her to Hollywood’s A-list! Anna is currently busy with countless projects including Pitch Perfect 3. Her prolific career has generated an estimated net worth of $14 million!

Estimated Net Worth: $1 Million. Skylar is best known for his portrayal of Jesse Swanson in the Pitch Perfect franchise, but he’s been in other films as well including Hamlet 2, Taking Woodstock, 21 and Over and Cavemen. He got his start on the Broadway circuit but has successfully transitioned to the Hollywood scene. He’s appeared in various television series like Glee, Ground Floor, and Halt and Catch Fire. All of Astin’s work on Broadway and on screen has earned him an estimated bank book of $1 million!

Estimated Net Worth: $8 Million. Adam DeVine got his start back in 2006 appearing in various TV movies, television series, and film shorts. He held recurring roles on TV series shorts like Crossbows and Mustaches and 5th Year, all before landing the role of Bumper in the cult classic Pitch Perfect. Since this role, he’s entered the mainstream and has been on Arrested Development and Modern Family and has lent his voice to characters on Penn Zero: Part-Time Hero and Uncle Grandpa. He’s the co-creator of the Comedy Central series Workaholics and Adam DeVine’s Party House. In 2016, he starred alongside Anna Kendrick again in the comedy flick Mike and Dave Need Wedding Dates. All of these various ventures have earned Adam an estimated $8 million.

Estimated Net Worth: $9 Million. Brittany Snow got her start young, appearing to much critical praise on television series like Guiding Light and American Dreams. She also played a recurring role on Nip/Tuck and Harry’s Law before taking up the role of Chloe in the Pitch Perfect franchise. She is also well-known for her work in the film adaptation of the musical Hairspray. Snow is an avid supporter of the anti-bullying movement and is a co-creator of the Love is Louder movement, a project dedicated to stopping bullying in schools. She has a number of upcoming projects including Bushwick, Late Bloomer, and Pitch Perfect 3. All of her singing, dancing, and acting, has earned her a substantial fortune of $9 million!

Estimated Net Worth: $3 Million. Anna Camp is known for her roles on the television series True Blood, Mad Men, The Good Wife, and The Mindy Project. She’s also involved in theatre and she made her Broadway debut back in 2008 with A Country House. She was nominated for a Drama Desk Award for her work in the off-Broadway production of All New People. On film she is known for The Help, and of course for her role as Aubrey in the Pitch Perfect Franchise. Other film and television roles include Bottleworld, Glee, Vegas, How I Met Your Mother, and Goodbye to All That. This busy lady has earned her fortune of an estimated $3 million!

Estimated Net Worth: $16 Million. Rebel Wilson developed her acting, singing, and writing chops back in her home country of Australia. After some success on the scene, the budding triple threat moved to the US where she shortly thereafter received the role of Brynn in the feature film Bridesmaids. The following year she released five films including Bachelorette, Small Apartments, and of course Pitch Perfect. In addition to her work with the Pitch Perfect franchise, Wilson has also appeared in the television series’ Summer Fun Night and Pompidou and in the films Night at the Museum: Secret of the Tomb and How to be Single. All of her hard work has paid off and she’s earned herself an estimated $16 million!

Estimated Net Worth: $24 Million. Ester Dean has her hands in many cookie jars! She’s a singer, songwriter, record producer, and actress. And all of these gigs have paid off big time! She’s co-written songs with Christina Aguilera, Katy Perry, Beyonce, Mary J. Blige, and Nicki Minaj, to name only a few, and she’s lent her voice to characters in Rio and Ice Age: Continental Drift. She made her acting debut in Pitch Perfect and has even joined the SNL team as a writer for five episodes! All of her talent has been squeezed into countless ventures and has earned her a whopping $24 million!

Estimated Net Worth: $50 Million. Elizabeth Banks made her film debut in the low-budget indie flick Surrender Dorothy, but it didn’t take her long to move to the upper echelon of the Hollywood A-list. She’s appeared in dozens of films including Role Models, The 40 Year-Old Virgin, Zack and Miri Make a Porno, and the Hunger Games trilogy. She co-produced and acted in Pitch Perfect and made her directorial debut with Pitch Perfect 2. The film made $69 million the opening weekend, which set a record for the highest-grossing opening weekend for a first-time director! She’s also appeared in various television shows like Scrubs, Modern Family, and earned an Emmy nominated role in 30 Rock. She’s done some voiceover work in various projects like The Lego Movie and the television series Moonbeam City. Banks’ talent and charisma has shot her to the top and she’s worth an estimated $50 million!

Estimated Net Worth: $3 Million. This Tony Award winning actor has had a prolific career and appeared in countless television series and films before landing the role of Dr. Mitchell in Pitch Perfect. Since then he’s continued to play recurring roles in various series including The New Normal, The Big C, Law & Order: Special Victims Unit and The Good Wife. The multi-talented John Benjamin Hickey has been busy over the years and has earned himself an estimated fortune of $3 million!

Estimated Net Worth: $400 thousand. Jacob Wysocki is an actor and a producer who got his start in 2009 with the short Jack’s Box before landing the role of Dante Piznarski on the television series Huge. He went onto star in the award winning film Fat Kid Rules the World and subsequently played Justin in Pitch Perfect. He’s since been on Interns, Resident Advisor, and Key and Peele. All of his work over the past several years has amassed him a fortune of an estimated $400 thousand.