Home » Entertainment » Celebrities » Cast of Grease: Where Are They Now?

Cast of Grease: Where Are They Now? 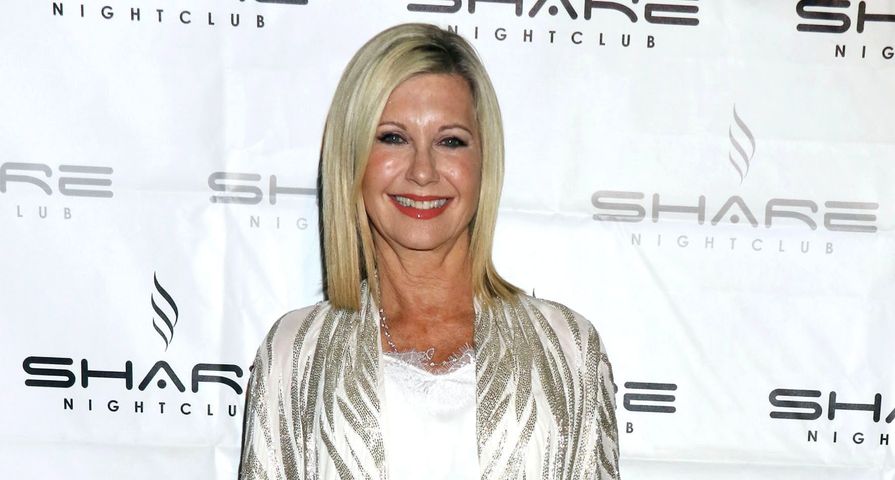 Grease has become a classic flick across generations! With bopping tunes and a sexy cast, how could they go wrong? This list takes a look at the icons of the era and what they’ve been up to since their days of singing and dancing do wops and chang shoobops!

John Travolta was an icon of the latter part of the 1970s, and came to prominence in cult classics like Saturday Night Fever, Grease, and Urban Cowboy. John also had a budding musical career with the Billboard single, “Let Her In.” Unfortunately, Travolta struggled to remain relevant throughout the 1980s, but got a second chance at fame after appearing in Quentin Tarantino’s hit flick Pulp Fiction for which he was nominated for an Academy Award for Best Actor in a Lead Role. He wound up landing some other A-list gigs in Get Shorty, for which he won a Golden Globe, Face/Off, Thin Red Line, and Swordfish. He even had the chance to return to his singing and dancing roots with the film production of Hairspray, which earned him a Golden Globe nomination. This year he will appear in American Crime Story, I am Wrath, and In a Valley of Violence.

Olivia Newton- John landed her first record deal back in 1971 and she has been prolific in the industry ever since! Shortly after her music career began, she started to pursue acting and got her first big break when she landed the lead role as Sandy in the film version of Grease. Even though she was playing a high school student, Olivia turned 29 while filming! And no one, not even a real high schooler could have rocked those black leather pants quite like she did! Over the years, she has continued to make guest appearances on shows like Glee, and has turned out dozens of albums. She’s sold an estimated 100 million albums worldwide, which makes her one of the best-selling artists of all time. She is extremely passionate about environmental and animal rights issues and after surviving breast cancer in 1992, has worked tirelessly to promote various charities and health products.

Stockard Channing has had a prolific career in both stage and screen. She is best known for her portrayal of Betty Rizzo in Grease and First Lady Abby Bartlet on The West Wing. Over the years she has been nominated for 7 Tony Awards including one for her stage performance of Ouisa Kittredge in Six Degrees of Separation. She was nominated for an Academy Award for the film adaptation of the same story, and has been nominated for 13 Primetime Emmys! More recently she appeared in the television series The Good Wife, and this year she’ll appear in The Mysteries of Laura and the television movie Elizabeth, Michael, and Marlon.

Jeff Conaway came to fame in 1971 with the film Jennifer on my Mind and became a household name after appearing in such television classics as Happy Days. Conaway was working on the stage version of Grease when he met future co-star John Travolta. The two worked side-by-side and eventually landed the main male character roles in the film adaptation of the classic tale. Jeff went onto appear in Taxi and the Babylon franchise. He also dabbled in music and released 4 singles for Cameo Records in 1966 and 1967. He released his final musical work in 2000 at the same time as his third marriage was dissolving, an album called It Don’t Make Sense You Can’t Make Peace. Unfortunately, in 2008, his on-going struggle with addiction landed him on the second season of Celebrity Rehab with Dr. Drew. In 2011, at the age of 60, Conaway passed away from pneumonia with sepsis, a condition exacerbated by his drug use. Luckily, his legacy lives on and 2017 is set for the release of Purgatory by Dante, a work in which he is credited for Terraces Introduction.

Michael Tucci is best known for his role as Sonny LaTierri of the T-Birds in Grease, but he has had an accomplished television and stage career over the years. He appeared in the 1980s television series The Paper Chase and the cult classic It’s Garry Shandling’s Show. Throughout the 1990s he appeared as Norman Briggs in Diagnosis Murder and in 2013 he played father to funny-lady Melissa McCarthy in the movie The Heat. Tucci currently teaches Introduction to Fine Arts and Theater at St. Francis High School in La Canada Flintridge, California.

Didi Conn was born Edith Bernstein, but will always be remembered as “Frenchy” the lovable beauty school drop out in Grease. Didi remained with the franchise, and reprised her beloved role in Grease 2. She was also a prominent figure in television, with series like The Practice, The Fonz and the Happy Days Gang, Benson, and in the children’s show Shining Time Station. After her son with composer David Shire was diagnosed with Autism, Conn became the spokesperson for the National Alliance of Autism Research and Autism Speaks. Most recently, she has appeared in the TV Special Grease Live! And is part of the cast of Paper Dreams, which is currently in post-production.

Barry is best known for his role as Doody in the 1978 film Grease; however, he’s made countless guest appearances in television series like Growing Pains, Beverly Hills: 90210, and Baywatch Nights, as well as appeared on stage in performances including Happy Days, The Musical. In 2012 he returned to the big screen in The Newest Pledge, and most recently he appeared in cameo as Stan Weaver in the 2016 television Special Grease Live!

Dinah will always be Marty Marashino but she’s also well known for her role as Elaine Lefkowitz in Soap. Throughout the ’80s she appeared in countless television shows and TV Movies like The Seduction of Gina, Flight 90: Disaster on the Pontomac, and Classified Love. She played Libby Tucker in both the film and stage production of I Ought to Be in Pictures, and the role earned her a Tony Award. Most recently she had a recurring role on the television series State of Grace and returned to the big screen in Bart Got a Room.

Eve Arden had a career that spanned almost 60 years and she has credits on Broadway, in radio and television, and of course on the big screen! Arden played the Rydell High School principal in both Grease and Grease 2. Throughout her lengthy career she was nominated for countless awards including a Daytime Emmy, Primetime Emmys, and an Academy Award for her role in Mildred Pierce. She has two stars on Hollywood’s Walk of Fame; one for radio and the other for television! In 1985, Arden published her autobiography The Three Phases of Eve, and she passed away 5 years later at the age of 81 of colorectal cancer and heart disease. Her last credited television role was for her guest appearance in Falcon Crest in 1987.

Sid Caesar is cited as one of the greats! His comedic roles and hosting of Your Show of Shows and Caesar’s Hour are legendary. He is credited for taking some of the most notable comedians under his wing: Woody Allen, Mel Brooks, Carl Reiner, and Neil Simon! Sid played Caoch Calhoun in both Grease and its sequel Grease 2. Throughout his career he was nominated for 11 Emmys and appeared on screen in 63 films and television series. In 1987 he was honored with the Life Time Achievement Award by the American Comedy Awards. And while he also struggled with addiction to alcohol and barbiturates, he lived a long life and died at the age of 91 in his home in Beverly Hills. Upon his death, Carl Reiner said, “He was the ultimate, he was the very best sketch artist and comedian that ever existed.”