Home » Entertainment » Movies » Things You Might Not Know About Grease 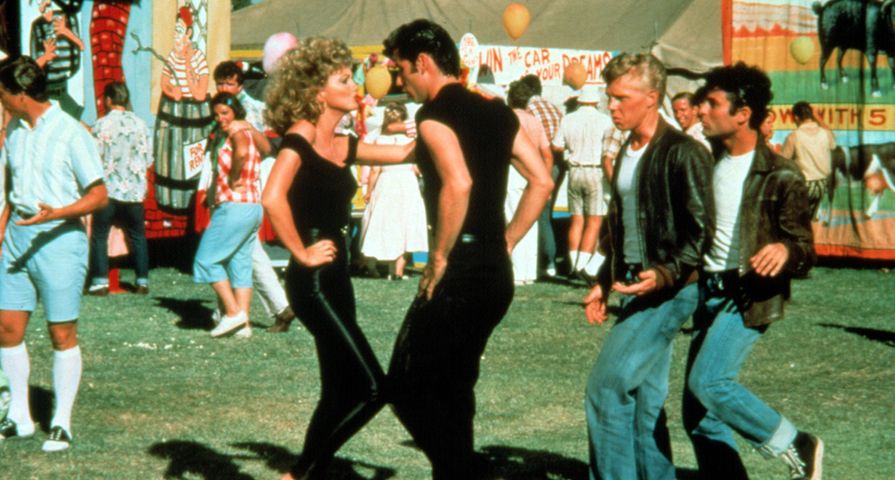 It’s been 40 years since the Broadway show Grease was turned into a musical film. When it was released in 1978, it broke the box office. Grease was the highest grossing film of the year and continues to remain the highest grossing musical of all time. The soundtrack album was also the second highest selling album of the year in the United States! Not surprisingly, the film retains it’s enormous popularity today and continues to have a huge fan following. This list takes a look at some facts even the most loyal Grease fans probably don’t know:

The iconic leather pants that Olivia Newton-John wears in the final scene at the carnival had to be sewn on because they were so tight and the zipper broke. Once she put those pants on, they weren’t coming off! Luckily, this scene only took one day to shoot.

In the stage version, Sandy’s character is actually an American with the last name, “Dumbrowski,” whereas in the film she’s Australian. Her name was changed for the movie to better suit the Australian actress, Olivia Newton-John. Additional fact: John Travolta was apparently completely smitten with Olivia when he first met her because he was only 23-years-old and she was a much more seasoned actress at the age of 29.

The high school that the cast attended, Rydell High, was named after Bobby Rydell, the singer of “Swingin’ School.” The song was a huge hit during the 1960s — it sold about a million records.

The blue windbreaker that Danny Zuko wore in the beginning of the film was a nod to the red wind-breaker James Dean wore in the 1955 film Rebel Without a Cause.

Some of the cast played different roles in the film than they did on Broadway. When Grease was on Broadway before the film, Jeff Conaway played the role of Danny Zuko but he was later cast as Kenickie. John Travolta was given the lead role of Danny Zuko even though in the Broadway show he played Doodie. Also, the song “Greased Lightning” was supposed to be sung by Jeff Conaway as Kenickie but it was rumored that Travolta threw a tantrum about it and the song was eventually given to him. Additional fact: Conaway’s long addiction to painkillers originated when he hurt his back filming the song “Greased Lightning.”

If the scene where Rizzo throws a milkshake in Kenickie’s face at the diner doesn’t make sense because it’s missing some crucial background information. Originally, there was another scene with a heated fight between the two that explained why the two weren’t getting along. However, it was cut because it was too gritty and didn’t match the ‘lighter tone’ of the rest of the film.

Sandy’s solo ballad “Hopelessly Devoted To You” almost wasn’t in the movie. The song was written and shot after filming wrapped up. The producers later decided that her character needed her own song. It’s a good thing she got it because it was later nominated for an Academy Award. Also, the line, “Elvis, Elivs, let me be; keep that pelvis far from me,” was added into the song “Look At Me I’m Sandra Dee” because on the day it was filmed (Aug. 16, 1977) Elvis Presley died.

In the ending of the movie, the scene with the song, “You’re The One That I Want,” was shot at a traveling carnival. Later on, in the editing process, the director Randall Kleiser realized that he needed more close-up shots. The carnival had been long gone so his set designers had to build an exact replica background to re-stage the scene.

The hickeys from Kenickie that Rizzo is blotting over with makeup in the diner scene are real. Jeff Conaway insisted that he put real hickeys on Stockard Channing’s neck.

The water on the ground under the bridge during the car race scene was stagnant and contaminated and it made a lot of the cast members sick after filming.