Home » Entertainment » TV » Gossip Girl: Differences Between The Book And The Show 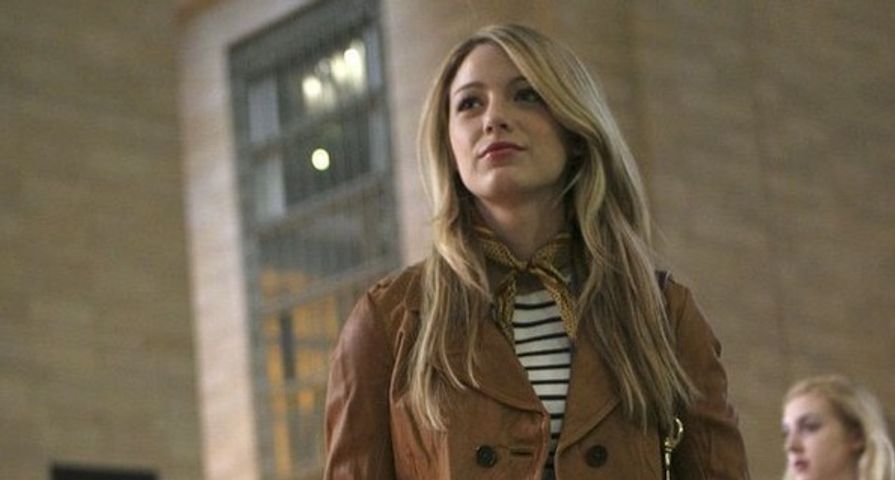 Gossip Girl was an incredibly successful CW show that ran for six seasons, receiving numerous awards and nominations along the way. It gained a strong fan following that all started with a book series of the same name written by Cecily von Ziegesar. Gossip Girl was based off her experience growing up in New York City back in the ’80s, but with a modern day spin. The books followed the glamorous lives of teenagers living on the Upper East Side of NYC, who come from wealthy families, go to private schools and boarding schools, but also dealt the struggles they face in their friendships and relationships. Ziegesar wrote 11 books for the series, so Gossip Girl had a pretty strong following before it was even made into a show! However, there were a few let downs when fans finally got to see their favorite books up on the small-screen. Here are the 8 biggest differences between the Gossip Girl books and the show!

One of the most obvious differences between the books and the CW show can be found in the appearances of all the characters. Many of them are made to look much “prettier” than they are in the novels. In Ziegesar’s writing, Jenny Humphrey is much different than how she appears on the show. In the novel she is a short, busty girl who doesn’t want to be noticed by guys, but constantly is because of her abnormally large chest. At the age of 14 she was gifted with a chest around the size of 34D. The Humprhey girl was supposed to be shy and innocent, but the Jenny we saw on the show was almost the complete opposite. She ended up being extremely confident and outgoing, especially when it came to her love interests! “We made a point of not writing Jenny’s large chest into the script because we just felt we would be saddling — quite literally — a young actress with something that would prove to be difficult over time. Either we had to limit our casting pool to young actresses with enormous chests, or we would be asking a 14 -15 year old girl to go to work every day with a giant padded bra or chicken cutlets in her bra, and it didn’t sit well with either of us,” said GG writer and producer Stephanie Savage. She’s also supposed to have wild curly hair and idolize Serena, not Blair.

7. The Humphrey’s Lived on the Upper West Side

In the book series the Humphrey family was much, much different. For starters, the family didn’t live in Williamsburg, Brooklyn. They were a family living on the Upper West Side. When asked about this particular change, Savage said it all came down to what the general public could best understand and differentiate about New York geography. “We felt that the vast majority of Americans, the difference between the Upper East Side and the Upper West Side was a little bit too subtle to try and grasp. So we talked about making them a downtown family, and then we were like, you know, the new downtown is Brooklyn, so we put them there,” she said. Also, Rufus was supposed to be a balding, ex-rocker who has a tendency to lash out at his kids, but the dad we saw on the show was much cooler and had a full head of hair.

In the Gossip Girl books, Dan’s long-time friend and old love interest known as Vanessa is described to be much different than what we saw on television. Firstly, she’s supposed to be much more original in her personality and appearance with a punk-rock style and a shaved head. “Our Vanessa is fairly different in terms of her presentation: She doesn’t have a shaved head — which I think die-hard fans of the book will probably be upset about — and she’s not really punk-rock, but she fulfills the same role in Dan’s life of being his long-time best friend. There’s a little bit of sexual chemistry there, and she’s someone who keeps Dan grounded in his outsider perspective — she’s very critical of the Upper East Side world that he’s slowly getting pulled into,” said Savage. On the show, Vanessa seemed like she could blend in with all the Upper East side kids. Yes, she dressed a little differently at times, but by the end of the series she was very much into her appearance and looks which isn’t want she was supposed to be like according to the books.

Ed Westwick’s portrayal of Chuck Bass was just as far off from the book series as the other characters on the show. In the novels, Chuck lives with his mother Misty Bass and his father Bart Bass, but on the show his father dies unexpectedly in a car accident (but then comes back, only to be killed again by Chuck) and his mother supposedly died in childbirth only to resurface later. There’s also the fact that, in the books, Chuck is made out to be this egotistical womanizer who is only part of their group of friends because he has wealthy parents with connections to other ‘upper crusters.’ In the show, he’s actually a legitimate friend to Blair, Serena and Nate.

Gossip Girl is known for having the largest amount of crossovers when it comes to relationships between all of the cast members. Each and every one of them are in a relationship or are intimate at some point on the show. It’s totally incestuous! The book isn’t like that — in fact some of the most drastic changes are that Blair doesn’t lose her virginity to Chuck, she loses it to Nate and so does Serena. Nate and Vanessa never date in the books, neither do Lily and Bass! In fact, Serena’s parents are rarely mentioned in the books, but they are definitely still together. Then there’s the iconic relationship between Chuck and Blair which does happen, but it doesn’t take place until much later in the book series and it doesn’t have nearly the same impact on Chuck as it did on the show.

Bass Enterprises plays a huge role in Chuck’s storyline on the show, especially after his father dies and he is fighting for ownership of the empire. However, in the books Chuck’s future is much more bleak. He starts out as a student at Riverside Preparatory School for Boys (which also means the cast members don’t all go to the same school like they do on the show) and his classmates are Dan, who is there on scholarship, and Nate Archibald. Chuck and Nate both do really badly in school and as a result Chuck doesn’t make it into college. In the books his parents threaten to send him away to military school! There’s a lot of talk about college on the show, but it mainly focuses on the girls. Chuck never contemplates college and instead is handed a career essentially right out of high school.

Serena’s lovable brother, Eric Van der Woodson, played by Connor Paolo is much younger than her in the television series. In fact, on more than one occassion Serena takes him under her wing or works to protect him from the sometimes harsh life on the Upper East Side. This is a far cry from the novel! In the books Eric is her older brother who is away at Brown University the majority of the time. Also, in the books he’s not gay, but on the show that aspect of his life takes up a large portion of his storyline. In another shocking twist of events, because he’s older and not younger, Blair actually dates him briefly in the book series!

Savage said in an interview with Entertainment Weekly that they made this change because they needed a better reason for Serena to be coming home from boarding school than simply “being kicked out for partying too much.” To help make her more of a heroine and sympathetic to audiences, they gave her a younger brother, who needed her help and comfort which is why in the television series she comes home. “We wanted to have a better reason for Serena to come home from boarding school. In the book, she comes home just because she was partying all summer and missed the beginning of classes and gets kicked out. But we felt like if we were bringing her back into this world, we wanted her to be a sympathetic heroine, and having her help someone in her family felt like that was a good place to start,” she said.