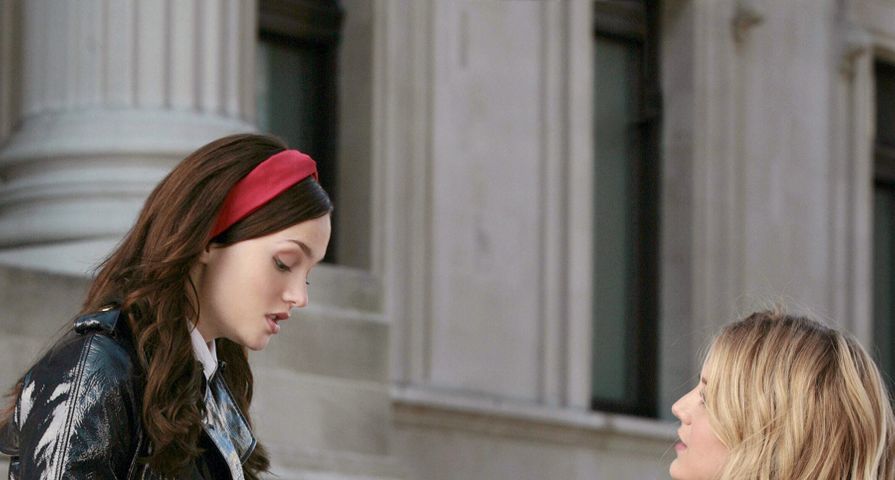 Gossip Girl wasn’t the most reliable of dramas. Season one was by far the best season. Many of the episodes were dramatic, as well as entertaining, and it seemed like the writers had a clear idea about the direction they wanted the season to take. Even though the subsequent seasons weren’t as strong as the first, there were still a number of other episodes that were memorable. It’s been about five years since the series finale aired and we feel like taking a trip down memory lane. For those loyal Gossip Girl fans, here are the 10 most memorable episodes!

A lot happens in “Raiders of the Lost Ark.” Serena is finally stripped of her Gossip Girl log-ons and privileges and finds herself on the outs with her friends; Chuck is trying to figure out if Diana is his mother and gets some help from Blair; and Dan tells Blair that he loves her, only for her to say nothing in return. What makes this episode memorable is at the end when we find out that Bart Bass is still alive.

In “The Revengers,” which is the second last episode before the series finale, we get an insane amount of drama, with most of it involving Chuck and his father. Bart had been creating nothing but problems for everything ever since it was discovered that he was still alive and in hiding. In this episode, he tries to have Chuck killed; however, Chuck ends up surviving the plane crash that was supposed to kill him.

The episode definitely ends with a bang. Chuck and Bart end up having it out on a rooftop; however, this time, Chuck wins. As Bart hangs off the side of the building, Chuck refuses to help him, so he falls to his death. After this, Blair and Chuck dramatically run off together, which can mean only one thing – Blair and Chuck are finally going to be together for good.

“G.G.,” which just happens to be the 100th episode of Gossip Girl,” is all about Blair’s wedding. She marries Louis, the Prince of Monaco, even though Chuck confesses his feelings for her right before the ceremony. Georgina manages to film this and it is sent to all the wedding guests’ cell phones during the ceremony. After the wedding, Louis tells Blair that their marriage is contractual and loveless, which prompts her to run away with Dan, not Chuck.

Everyone loves a good catfight and, in “New Haven Can Wait,” we get that and then some. When the episode begins, Blair and Serena are already fighting. Things between them get even worse when Serena gets an invite from the Dean at Yale to come visit the school. He’s just trying to capitalize on Serena’s recent bout of fame and Blair knows this but, when it comes to Serena, she’s a bit insecure.

The best part of the episode is when Blair and Serena attend a party thrown by the dean. After trading barbs, the two go outside to settle things, only to get into a physical fight. We find it impossible to forget Blair throwing her heel at Serena’s head and Serena then grabbing Blair’s headband, telling her, “I hate your stupid headband!” It is forever etched in our memory!

One of the best things about Gossip Girl is Gossip Girl. She’s constantly outing the characters and judging them for their questionable behavior, which many of them totally despise. In “Goodbye Gossip Girl,” the characters become totally fed up with Gossip Girl after she sends out a blast after their graduation where she criticizes them and gives each of them an unflattering label. The characters then try to find out who the elusive Gossip Girl is; however, all they really end up discovering is that they are all responsible for there being a Gossip Girl. Without their tips, she would have nothing to work with.

In “Oh Brother, Where Bart Thou?,” Bart Bass is killed in a limo crash and the entire Upper East Side is left reeling. Chuck spirals out of control, blaming Lily, Dan and Rufus for his father’s death. Although Blair and Nate try to be there for him, Chuck rejects them both and then disappears from the Upper East Side.

Although this episode wasn’t nearly as enthralling as many of the episodes from the first season, it definitely threw viewers for a loop because of Bart’s death, which made it pretty memorable.

In “The Wrong Goodbye,” we get the sort of drama that makes Gossip Girl worth watching. Chuck is searching for Blair, who was kidnapped in the previous episode and is being held hostage by Russell Thorpe; Charlie is behaving more and more erratically; and Georgina unexpectedly turns up looking for trouble.

As expected, Chuck saves Blair and they end up hooking up while her boyfriend, the Prince of Monaco, waits for her at Constance; we find out that Charlie, Serena’s alleged cousin, is not who she says she is; and it looks like Blair is pregnant, which makes everyone wonder who the father is. The best part of the episode though is when Blair and Chuck have a heartfelt moment. She wants to be to be with him, but he instead tells her that she and Louis have his blessing.

For the first few episodes of season one of Gossip Girl, we mostly see Blair Waldorf ruling the girls at Constance with an iron fist and doing everything in her power to avoid losing her boyfriend, Nate. In “Victor, Victrola,” we see Blair finally reach a breaking point with her relationship with Nate.

After learning that Nate isn’t over Serena, Blair finally breaks up with him during the last ten minutes of the episode. She then heads to Chuck’s burlesque club to escape. Surprising Chuck, she gets up on stage and participates in a burlesque performance. At the very end of the episode, we see Chuck and Blair hook up for the very first time in the back of Chuck’s limo and it is at that exact moment that we realize just how ill suited Blair and Nate really were.

Since being dethroned in “The Thin Line Between Chuck and Nate,” Blair and Jenny have been in an epic power struggle, which culminates in “All About My Brother.” Blair promised Jenny that she would ruin her and, in this episode, she fulfills this promise when she outs Little J’s closeted boyfriend, Asher. One of the best scenes in the episode is when Jenny comes to Blair’s to concede. Blair proves once again that she’s a force to be reckoned with. “I tried to warn you. There’s a price to pay. I always knew a girl like you couldn’t afford it,” she tells Jenny.

As if the battle for power between Blair and Jenny wasn’t enough, at the very end of the episode a distraught Serena arrives at Blair’s and tells her that she killed someone. With bombshells like this, it was almost impossible to wait patiently for the next week’s episode.

“The Thin Line Between Chuck and Nate” really brought the drama. We see Serena getting a pregnancy test for Blair; Jenny eavesdroping on a very private conversation between Serena and Dan; Chuck sending a blast to Gossip Girl about Blair hooking up with both him and Nate in quick succession; Jenny telling Nate that the rumor about Blair hooking up with Chuck is in fact true; Blair getting overthrown by Jenny; Chuck and Nate getting into a physical fight over Blair; and Nate dumping Blair for good.

One of the best scenes in the episode is at the end when Serena rushes to find Blair to stop her from going to live with her father in France. As she pleads with Blair to not run away and instead stay and fight, it is hard not to get a little teary-eyed.