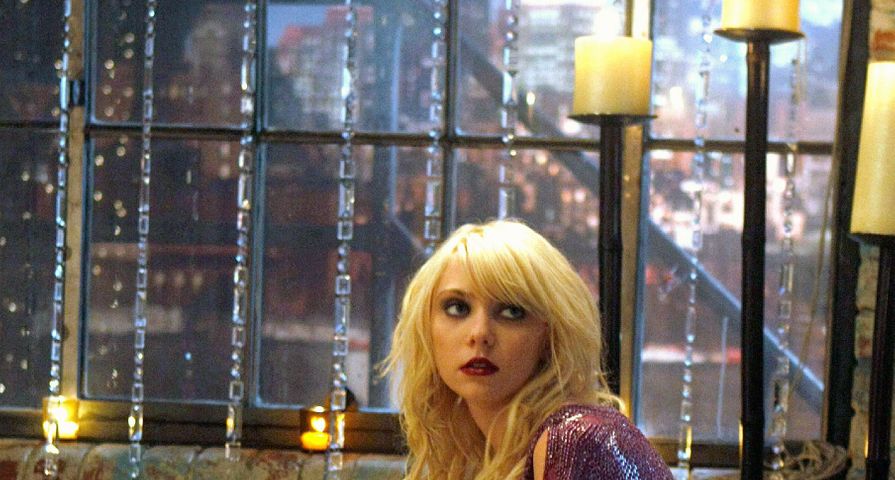 Gossip Girl was a ridiculously dramatic show and not always in a good way. Storylines became insanely complicated and some of the characters were totally annoying as a result. We’re counting down the show’s most annoying characters – here is the top 10:

William van der Woodsen wasn’t exactly trustworthy. Even though he always wanted Lily, he made some major mistakes, like cheating on her with her sister Carol and fathering Lola. He also pretended that Lily had cancer so that he could he could get closer to her and he later used Ivy Dickens to get Lily back. He could be pretty cold and manipulative and he wasn’t even around much for his two children that he had with Lily.

Lola Rhodes – who was the real Charlie – was pretty annoying, mostly because of her attitude towards her family. She considers herself so much better than them because she has rejected their wealth; however, she proves that she is just as vindictive as anyone on the Upper East Side when she gives Ivy her inheritance for promising to bring down Lily.

Howard Archibald was an awful father to Nate, which was really annoying. He was a white-collar criminal with a cocaine addiction and he even fled the country to avoid serving a prison sentence. He did attempt to redeem himself in later seasons, but the damage was already done.

When he first appeared on Gossip Girl, Louis Grimaldi was like Prince Charming; however, he turned out to be pretty cold and manipulative. He married Blair, but then informed her that their marriage was only a contract and their love did not exist, prompting her to end the marriage. She then almost had to bankrupt her family to pay her dowry. Louis Grimaldi was not a gentleman.

Vanessa Abrams became pretty unlikeable, especially as the show went on. By the end of season four, no one was sad to see her go – not the audience and certainly not the other characters on the show.

Steven Spence was like the father Serena never had. He was too conservative for the “It girl” and the fact that he had a 17-year-old daughter was just a little too creepy. He spent too much time chastising his daughter and Serena. It was totally annoying.

Like most other characters on Gossip Girl, Diana Payne was a schemer and her storyline became exceedingly complicated, especially when she confessed to being Chuck’s mother. This turned out to be yet another lie. The only thing that was true was that she was old enough to be his mother, but lied like a teenage girl.

Ivy Dickens became less and less likeable as the Gossip Girl went on. During season four, she wasn’t so bad, but when it came out that she wasn’t really Charlie Rhodes, she dedicated her life to full-time scheming. Unfortunately, she wasn’t that good at it and she ended up getting used and tossed aside by the other characters.

Carol Rhodes was pretty devious. She hired a con artist (Ivy Dickens) to impersonate her daughter Charlie, so she could access her trust fund and she slept with her sister’s husband and had a child with him, Charlie (Lola). Not cool.

Jenny Humphrey wasn’t so bad in season one, but with each subsequent season, she became more and more annoying. Maybe it was the writing or maybe Taylor Momsen just totally gave up on even trying to act. All we know is that by the time she left, no one was sad to see her go.