Things We Miss About Gossip Girl 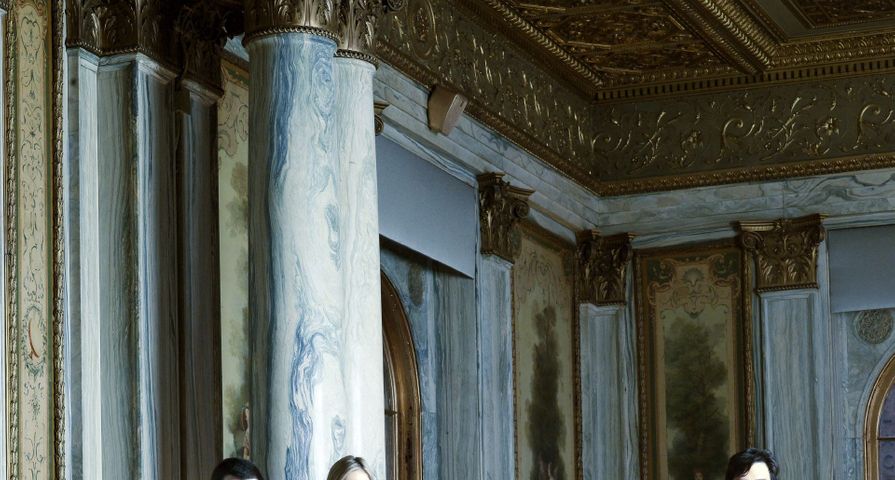 “Gossip Girl” was never after Emmys and Golden Awards. Instead, it was always more of an escape. We could escape the mundane aspects of our everyday lives by hopping into Blair and Serena’s world on New York’s Upper East Side. It was quite the world with the amazing fashion, the constant scheming, the insane amount of drama and the lies that seemed to go on forever. It has been almost three years since the show went off the air and we really miss that world. It really was the perfect escape. Here the top 10 things we are currently missing about “Gossip Girl!”

It seems like everyone on this show hooked up. Dan hooked up with Serena throughout the series and he also ended up hooking up with Blair. Blair and Chuck had an on-again off-again relationship and during one of their breaks he hooked up with Vanessa and Jenny Humphrey. Vanessa and Dan briefly dated. Nate and Vanessa also had a thing. Nate also dated Serena and Blair and he even cheated on Blair with Serena. And this is just the tip of the iceberg!

Serena and Blair had a pretty tempestuous friendship. Blair always seemed a little jealous of her blond friend. Everything seemed to come so easy to Serena and Blair had to work her butt off. When these two were friends, it was good but, when they fought, it was even better. Serena could never match Blair and her conniving ways, which made their fights pretty fun to witness.

Georgina Sparks was ruthless and manipulative – both of which made for great TV. Some consider her to be one of the best characters on “Gossip Girl” and we couldn’t agree more. She was kind of like Blair but, in some ways, better. Because she was an outsider, she could get away with a lot more. There wasn’t anything that she wouldn’t say or do to get even and we miss that.

Like all of the other characters on the show, Lily seemed to have a lot of relationships over the course of six seasons. At the end of season one, she married Bart Bass, but when he died, she moved on to her former lover, Rufus Humphrey. These two married during season three, but broke up when her first husband Dr. William van der Woodsen came back into the picture. When Bart came back from the dead, she went back to him, but at the end of the series, she went back to William. We miss all of her relationship drama – there was a lot of it!

Dan was the moral center of “Gossip Girl.” Unlike most of the other characters, he almost always knew right from wrong, which is what put him at odds with many of his peers. Well, that and the fact that his family didn’t have money and he lived in Brooklyn. Because he had a strong sense of ethics, he was usually going after the other characters for lacking that same moral compass.

Who could forget Blair Waldorf’s minions! At Constance, she had Penelope, Hazel, Kati, Isabel and Nelly to boss around and then once she got to Columbia she had Penelope, Juliet, Jessica and Zoe. Blair’s relationship with her minions is one of the things that made the show funny. She really thought that she could rule them with an iron fist, but it was never quite that easy.

Blair had at her disposal her minions and her loyal maid Dorota. She spent a lot of her time bossing Dorota around, but there isn’t anything Dorota wouldn’t do for Blair. She was like a mother figure and a confidante to the young socialite and she also provided a fair amount of comic relief on the show when she helped Blair execute some of her plots.

It took a lot for Blair and Chuck to finally get together. He was so busy being Chuck Bass and Blair was so focused on ruling the Upper East Side with an iron fist that they totally weren’t able to make their relationship work for six long seasons. We really loved these two together. Very few television couples have had as much chemistry as Chuck and Blair.

Blair was so manipulative and conniving. She would plot against anyone and everyone, including her friends and members of her family. In spite of all of her limitations, she was actually quite likeable and many of us looked forward to her scheming and plotting. She was very goal oriented – she knew what she wanted and she would stop at nothing until she achieved it. Sigh. It makes us a little sad just remembering it!

When it comes to fashion, few shows have been able to do it better than “Gossip Girl.” Sometimes it felt like more thought and care went into the character’s outfits than the actual storylines. We really miss Chuck’s suits, Blair’s headbands, Serena’s cleavage-baring outfits, the copious amounts of designer dresses and the bright and colorful tights. Fashion-wise, we all learned a lot from “Gossip Girl” and we are forever indebted to the show as a result.