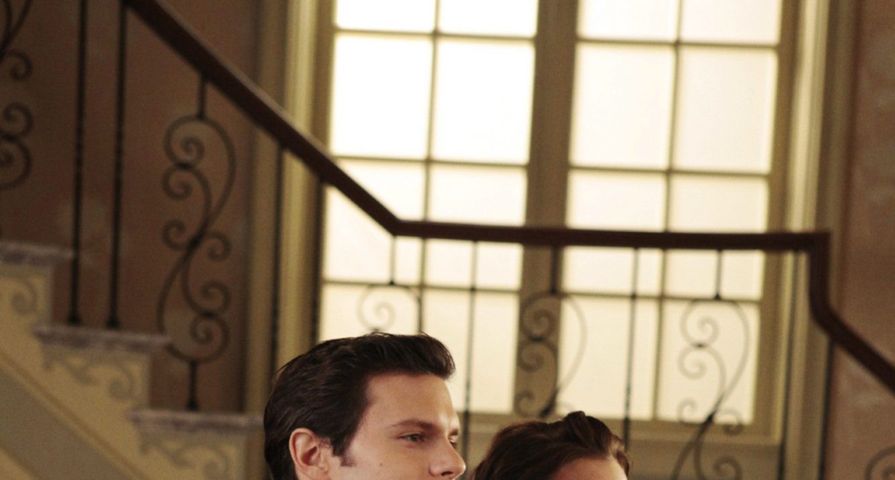 Gossip Girl had a lot of potential. With characters like Chuck, Blair, Dan and Serena, it seemed like it was destined to be more exciting than most other teen dramas. Unfortunately, that wasn’t the case. It didn’t take long for a number of the storylines to become totally ridiculous, much like a soap opera. Most other teen dramas have tried to stay away from characters coming back from the dead and plots so complicated and over-the-top they were almost cartoonish, but not Gossip Girl. It was tough to choose, but here are Gossip Girl’s 10 most ridiculous storylines.

During season one, Jenny wasn’t so bad. She was kind of annoying, but at least her storylines were moderately interesting. After season one though, Jenny became insufferable and the storylines involving her character became ridiculous. From dropping out of school to pursue a career in fashion to becoming Queen Bee at Constance to her obsession with Nate. By the end, she was a constantly screwing with other people’s relationships. It didn’t matter whether it was Nate and Serena or Blair and Chuck. She had absolutely no compunction and we wish that they had written her off at the end of season one.

Marcus and his stepmother Catherine make an appearance at the start of season 2. Marcus is dating Blair while the much older Catherine is enjoying a fling with Nate. It doesn’t take long for things to take a really creepy turn as Vanessa catches Catherine hooking up with her stepson. Gross. This was around the time that Gossip Girl writers entered a creative slump.

8. Serena, Eric and Their Cousin Charlie Share the Same Father

In season five we learn that Serena and Eric’s father had an affair with Carol Rhodes, Lily’s sister, and fathered a child with her, their cousin Charlie. At this point, Gossip Girl was already well on its way to becoming a soap opera, but still. Was this drama really necessary or was it just gratuitous? We’re going with the latter.

The storyline involving Rufus and Lily’s long-lost son Scott was totally ridiculous, but a soap opera can never be complete without at least one couple having a secret love child. Considering how complicated Lily and Rufus’ relationship and family life was, Scott wasn’t really needed. Again, it was unnecessary and added nothing to the overall story. And seeing that he never made another appearance after season three, it’s obvious how inconsequential Scott’s storyline was.

6. Dan Hooking Up with His Teacher

Season two was a real low point for Gossip Girl, especially after the success of season one. People weren’t as into the show, so the writers decided to try to draw people back it with a really clichéd storyline – Dan’s affair with his teacher, Rachel Carr. We’ve seen this kind of thing before (remember Pacey’s affair with Tamara Jacobs on Dawson’s Creek?), so it wasn’t really that shocking. It just shows laziness on the part of the writers.

When Serena and Eric’s father William van der Woodsen entered the picture in season three and pretended that Lily still had cancer so he could keep her close to him, it was pretty obvious that the writers were just looking to create more drama. The whole situation is pretty disturbing – even for Gossip Girl.

So much focus was put on the characters in Gossip Girl going to college; however, after only a couple of seasons of them being in college, they’re suddenly all accomplished young professionals, moving forward in their careers with wild success. For example, Nate takes the media world by storm and becomes the Editor-in-Chief at the New York Spectator while Blair is the head of Waldorf Designs. No entry level jobs for these folks! That’s for people who don’t grow up on the Upper East Side.

3. Blair’s Relationship with the Prince of Monaco

None of us believed for a second that Blair would end up with Louis Grimaldi, Prince of Monaco. She was so obviously meant to be with Chuck. So, the fact she spent nearly two seasons romancing Louis was really annoying. Everything about this alleged romance was totally ridiculous, from the pregnancy to the contract and to the dowry.

Like most other things on the show, Chuck and his alleged mother Elizabeth’s storylines were over the top and totally ridiculous. First, she was believed to be dead. Then, during season three, she was suddenly alive. At the end of season three, they end up estranged after she tells him that she’s not his mother. In season five, Chuck learns that Diana Payne – who was sleeping with his best friend Nate – is his real mother. Then, yet again, this turns out to be false. Elizabeth is, in fact, his real mother, but who would remember that given how convoluted the story became?

Dan as Gossip Girl does not make sense. When this was revealed in the last episode of the series, most viewers couldn’t help but scoff. He was way too much an outsider to know all that inside information, especially during season one, and he never proved himself to be that much of a sociopath throughout the series. It was obvious that the writers didn’t plan this and were obviously looking to tie up the series up as quickly as possible.