Home » Entertainment » Celebrities » Cast Of Ferris Bueller’s Day Off: How Much Are They Worth Now?

Cast Of Ferris Bueller’s Day Off: How Much Are They Worth Now? 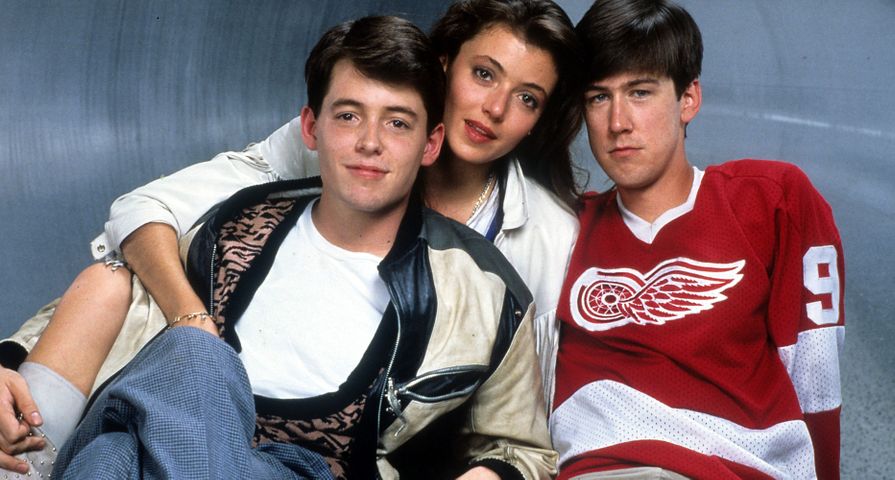 Ferris Bueller’s Day Off is just another one of John Hughes’ films that will go down in movie history. Even though Hughes wrote the screenplay in under a week and shot the film over three months on a relatively low budget, it became an instant success, gaining praise from both critics and audiences. Behind the film’s success was the stellar cast and of course the uncredited star: Chicago. Fans couldn’t get enough of the unique film with the fourth wall breaks and all the scenery of Chicago, and now that it has been over 30 years since the film first came out, we are wondering how the stars have fared since the movie’s instant success. Check it out:

Estimated Net Worth: $20 Million. Many forget that Charlie Sheen actually was in Ferris Bueller’s Day Off, but he sure was! The infamous actor was credited as the “boy in police station” and at the time didn’t mean much to anyone. Now, of course, he is known for his part in many different shows and films including Wall Street, Hot Shots!, Anger Management and Two and a Half Men. While his personal life has eclipsed his working career in terms of popularity, he still has an estimated net worth of $20 million.

Estimated Net Worth: Unknown. Edie McClurg is a well known name and voice in the entertainment industry. As of now she has over 200 credits to her name, but presumably because a few of them are from voice acting roles. One of her first and biggest roles was in 1976’s Carrie which was followed by many more acting roles. In Ferris Bueller, McClurg appeared as Grace, but she is best known for providing the voices of Carlotta in 1989’s The Little Mermaid, Mary in Wreck-It-Ralph and Gerda in Frozen. It’s hard to say how much money she would be worth, but her prolific resume probably means nothing but good things for McClurg’s bank account.

Estimated Net Worth: $1 Million. Lyman Ward appeared in Ferris Bueller’s Day Off as Tom Bueller, which is just one credit among many in his lengthy career which started as a spot in 1971’s Bonanza. His most well known roles are from 1985’s A Nightmare on Elm Street 2: Freddy’s Revenge, 1992’s Sleepwalkers, 1996’s Independence Day and of course Ferris Bueller’s Day Off. He now has 100 acting credits to his name and was most recently seen in the new TV series Transparent. Overall he has made a respectable net worth of $1 million.

Estimated Net Worth: Unknown. Cindy Pickett began her acting career in the late ’70s with a role in Guiding Light which is one of her most well known roles along with Sleepwalkers, I Know My First Name is Steven and, of course, Ferris Bueller’s Day Off, which she starred in as Ferris’s mother, Katie Bueller. Despite the fact she has had consistent work over the many years, adding up to 84 acting credits, her net worth remains unknown. She currently has a few works in production including the 2017 series Age of the Living Dead.

Estimated Net Worth: $10 Million. No matter what she does now, Jennifer Grey will forever be remembered as Baby from Dirty Dancing. She has of course had other roles including as Toni in 1984’s Red Dawn, and Jeanie Bueller in Ferris Bueller’s Day Off. Thanks to the huge popularity of those films and many other roles in both TV and movies, Jennifer Grey is still doing very well for herself with an estimated net worth of $10 million.

Estimated Net Worth: $1.5 Million. Jeffrey Jones is a well known face in Hollywood which makes it surprising he only has a net worth of $1.5 million. His best known roles include Emperor Joseph II in Amadeus, Charles Deetz in Beetlejuice, Eddie Barzoon in The Devil’s Advocate, Reverend Steenwyck in Sleepy Hollow and Uncle Crenshaw Little in Stuart Little.

Estimated Net Worth: $1.5 Million. Mia Sara rose to fame thanks to her breakout role as Sloane Peterson in Ferris Bueller’s Day Off, which was only her second acting role. Thanks to her success in the role, she went on to land many more roles including in Legend, Timecop, The Set Up and many more. Her most recent role was as Princes Langwidere in 2012’s Dorothy and the Witches of Oz, all adding up to a respectable net worth of $1.5 million.

Estimated Net Worth: $10 Million. Alan Ruck is one of the most successful stars to come out of Ferris Bueller’s Day Off in which he starred as Ferris’s best friend, Cameron Frye. He went on to appear in many projects in both film and television including Going Places, Speed, Star Trek: Generations, Twister, Spin City, Cheaper By the Dozen and many more! His most recent roles have been on various TV series and he is sitting pretty on an estimated net worth of $10 million.

Estimated Net Worth: $45 Million. Matthew Broderick is without a doubt the biggest star to rise from Ferris Bueller‘s success which isn’t surprising given his starring role as Ferris. It was definitely his breakout role and led to more roles in Project X, Glory, Infinity, Godzilla and voicing adult Simba in The Lion King. He has had many more roles and was recently seen in the 2015 film Trainwreck and has had small parts in different TV series. He can definitely afford to be choosy about his roles considering he already has a net worth of $45 million.