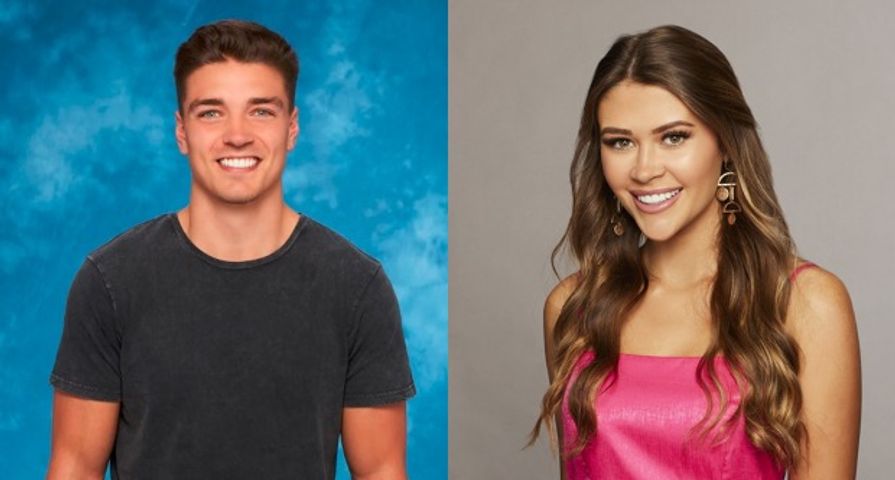 It seems like in the blink of an eye, season six of Bachelor in Paradise is already coming to an end! With only two episodes left, there is an incredible amount of drama left to pack into two episodes, and Reality Steve already has all the information we need! Week five brought Derek Peth’s surprising exit, Dean’s surprising return, and week six is only going to be chaos as the final rose ceremony takes place and BIG decisions are made. Find out what to expect in the final two episodes of season six of Bachelor in Paradise:

With so much to get through in only six weeks, it has been incredible how Bachelor in Paradise has been able to stretch out the drama and still fit all the storylines in. For those who read last week’s spoilers, they know how the Dean and Caelynn situation ends after episode ten ended on a cliffhanger of Dean asking Caelynn to leave. Even though Caelynn seemed to be getting very close to Connor, she does agree to leave with Dean. According to Reality Steve, the two are still dating after their decision to leave together. 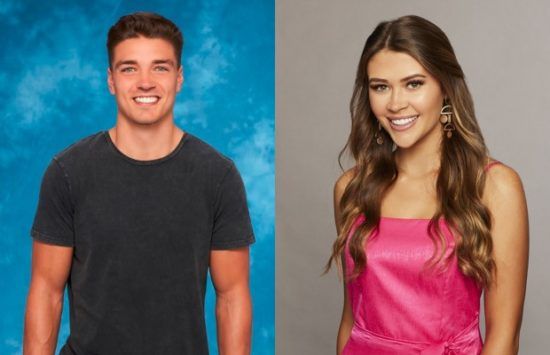 After Connor thought he found something pretty serious fairly quickly with Caelynn following Chris and Krystal’s wedding, he is understandably heartbroken when she leaves with Dean just as things were heating up between him and her. Again this is a spoiler from last week, but didn’t end up coming those episodes. Luckily, Connor had his eye on someone else at the wedding as well, which makes for an interesting turn in his storyline. This may happen in week six, but it turns out Connor was interested in Whitney Fransway and thought she would be joining Paradise. When she doesn’t show up and Caelynn leaves him, Connor decides to exit as well but before he leaves Mexico entirely Whitney finds him! Reality Steve writes, “When they finally did bring Whitney on, Connor was gone. So what happened was, they actually sent Whitney to Connor’s room, and Whitney and Connor got to spend a few days in Mexico together.” 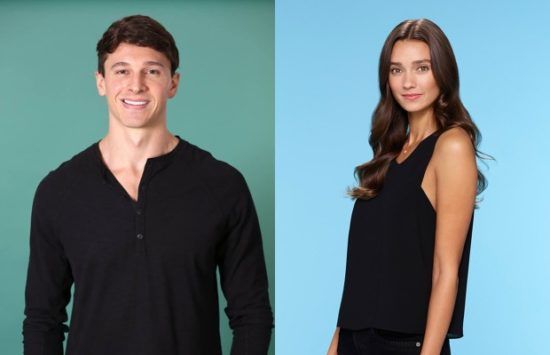 The last two episodes might seem way to late to be adding another cast member, but episode eleven will bring the last entry of the season! After Bri Barnes’ arrival last week that shook things up, Revian Chang who was also on Colton Underwood’s Bachelor season arrives this week! Revian will reportedly ask Connor out on a date, but it is unclear if he accepts due to his heartbreak from Caelynn. 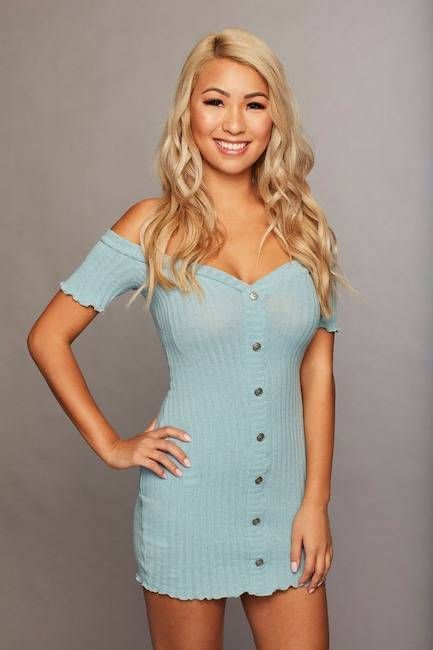 After a season of intense drama between Blake Horstmann and Kristina, fans were shocked last week when Kristina and Blake seemed to be moving forward in their relationship after Kristina declared, “I think I’d like our friendship to take a step forward and see where we can go from here.” It seems that the new romance doesn’t last very long however as in week six, Blake plans a private date for himself with Kristina, and Kristina drops the news on him that she actually doesn’t want to rekindle things. The breakup leads to both leaving before the rose ceremony. 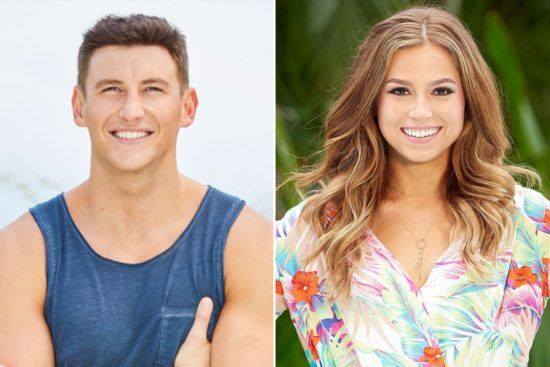 With only a very short amount of time left before the final rose ceremony and final couples are formed, there is one last dramatic love triangle to get through. After getting over his anxiety of kissing Sydney, Matt Donald had no problem getting close to Bri Barnes, and this apparently causes drama. According to Reality Steve, it is Sydney who ends up on the losing end of the love triangle. “I don’t know if Sydney made it to the rose ceremony portion and didn’t get a rose, or she left before it,” Reality Steve says of Sydney’s exit. 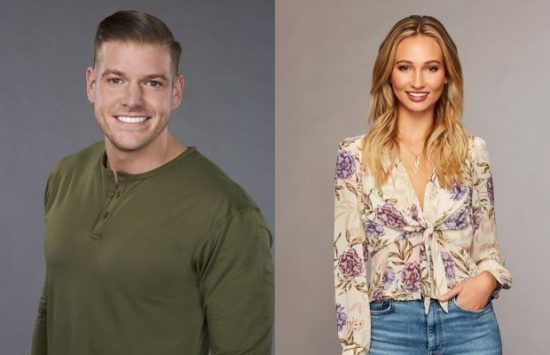 Eventually things will come to a head with the fifth and final rose ceremony. This is of course the biggest rose ceremony of the season and goes as follows: Demi to Kristian, JPJ to Tayshia, Dylan to Hannah, Clay to Nicole, Chris to Katie, Matt to Bri, and Chase to Angela. 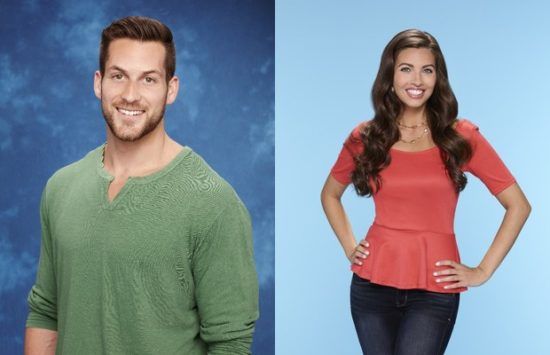 With Dean, Caelynn, Blake, Kristina, Connor and possibly Sydney all taking themselves out of the show before the rose ceremony, a lot of drama was avoided, but there was still a little to go around. Reality Steve reports that Luke has a rose to give out, but apparently no one wants it so he has to leave. It is unclear whether Haley leaves before the rose ceremony or leaves because she refuses to take his rose, but either way there are a lot of non-rose ceremony exits this week! Additionally, Reality Steve never mentions Revian Chang again, so it seems the last entry exits after Connor doesn’t accept her date, or after not accepting Luke’s rose. 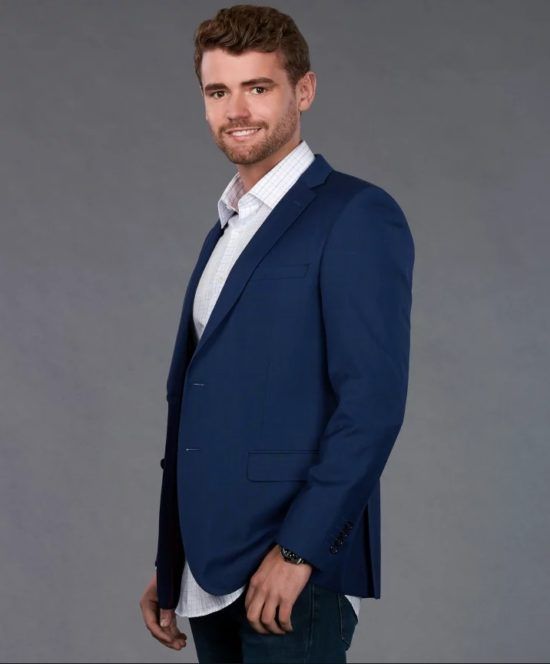 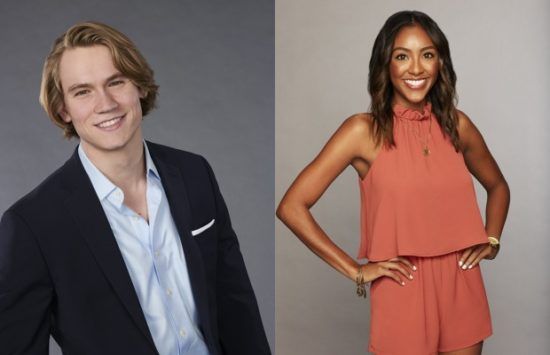 With an impressive seven couples left after the fifth rose ceremony, four actually go on the overnight dates. According to spoilers, those four couples are: Demi and Kristian, Dylan and Hannah, Clay and Nicole, and Chris and Katie! 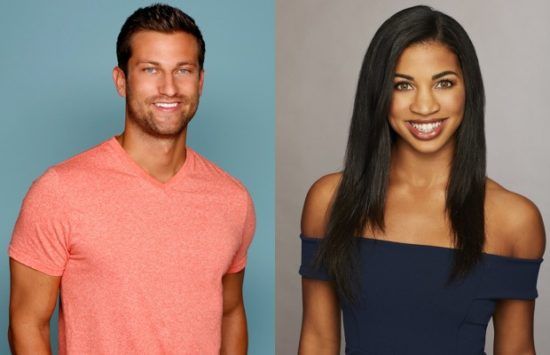 As with any Bachelor in Paradise season, it all comes down to “Decision Day” for couples that stuck it out and feel as though they found a real relationship, and with three couples calling it quits, four go on the overnight dates. Of those four, Decision Day spells doom for one of the couples. Reality Steve states that on Decision Day, Nicole breaks up with Clay because he won’t tell her he is in love and will not propose, so they leave broken up. 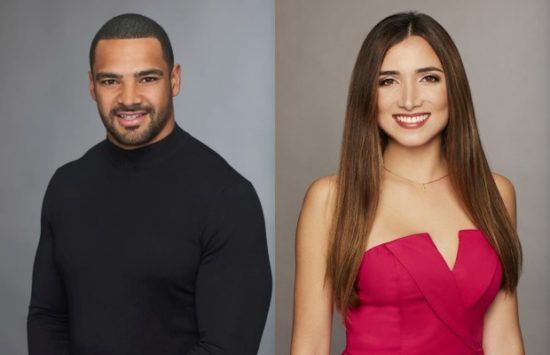 There are three couples who end up engaged at the end of Bachelor in Paradise season five and Chris Bukowski and Katie Morton are one of them! Chris has seen more than his fair share of attempts at reality TV love after a stint on The Bachelorette, Bachelor Pad, and the first two seasons of Bachelor in Paradise, but it was all worth it because he met Katie from Colton’s Bachelor season. Reality Steve reports that the pair are still together and engaged post-show!

The Bachelorette season 15 sweetheart Dylan Barbour and Hannah Godwin from Colton’s season of The Bachelor had a romance right from the very first day, and it seems it was all true love from there. The pair end up engaged after swapping roses at the rose ceremonies all season long and Reality Steve even says they are the one pair he can see working out in the long-run. “If any one of them actually has a shot, I guess I’ll go with Dylan and Hannah. They were paired up essentially since Day 1 on the show and I’m hearing they’re pretty inseparable so we’ll see,” Reality Steve shared. 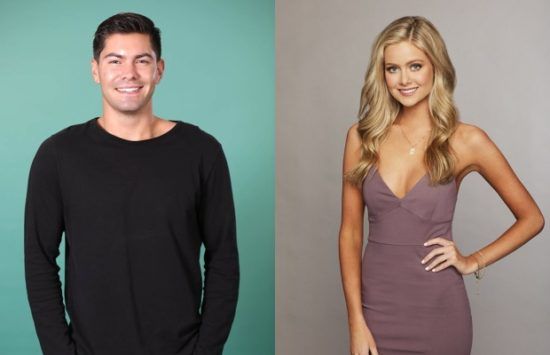 There is one couple who takes the whole season by storm and that is of course Demi Burnett and her girlfriend Kristian Haggerty who officially have become Bachelor Nation‘s first ever same-sex couple after their time on Bachelor in Paradise. The couple make history again when they become the first same-sex couple to get engaged on the show after Demi proposes and Kristian accepts! While the pair end up engaged, only time will tell if a wedding happens, but Reality Steve seems skeptical, writing, “I don’t think for a second Demi and her gf are going to ever get married.” 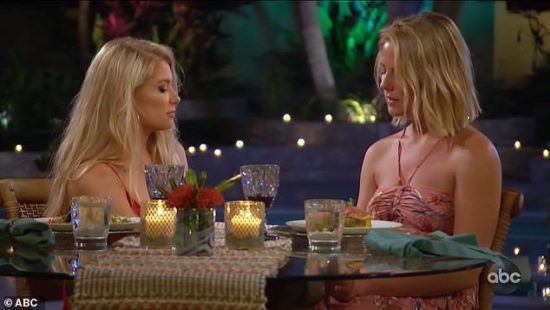 After quite a few couples leaving to be together and an impressive three engagements. fans will want to know what is happening in their lives now and where their relationships stand! After it was previously reported that the reunion would air on Tuesday, September 10 after the final episode, Reality Steve states that it will actually air the following week on Tuesday, September 17. “And one correction to make. Robert Mills stated the reunion show will actually air on Tues. Sept 17th, the night after the DWTS, not the 10th as I originally reported. Damn, airing 20 days after they taped it? It’s like someone could even be seeing other people by then,” Reality Steve tweeted on August 30. 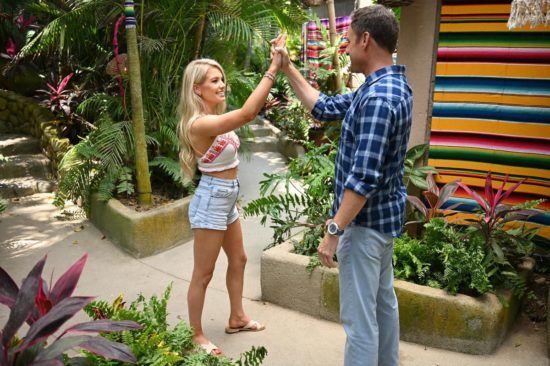 Fans might have to wait one extra week for the reunion, but it will be full of a lot of big news! Aside from Chris Harrison sitting down with the cast to open up about relationships that worked, and those that didn’t, Reality Steve confirms that the season 24 Bachelor will finally be officially announced during the reunion. For those who missed the spoiler, The Bachelorette season 15 final four contestant Peter Weber is the new Bachelor. “For those hoping my intel from Sunday was wrong – sorry. Peter is your next “Bachelor.” It was officially announced at the reunion taping yesterday and he was brought out,” Reality Steve tweeted. 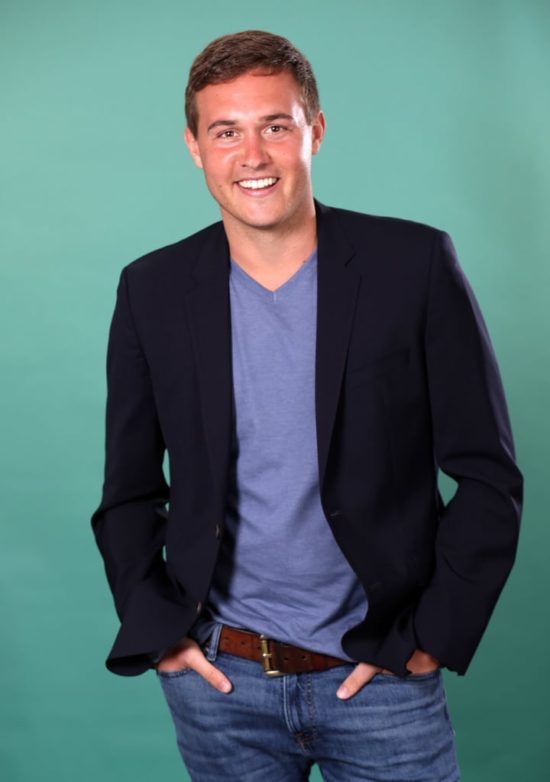