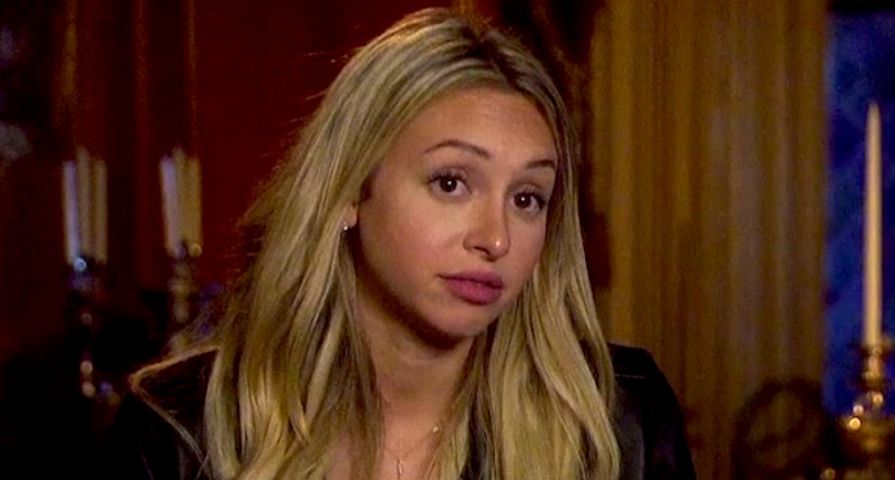 The Bachelor spin-off series Bachelor in Paradise is getting a ton of press right now and for all of the wrong reasons. Ever since news of the scandal involving Corinne Olmpios (from Nick Viall’s season of The Bachelor) and DeMario Jackson (from Rachel Lindsay’s season of The Bachelorette) were involved in the incident that shut down production, people have been dying to know what’s going on. Although the story is still developing, here are 9 shocking revelations from the controversy:

On June 11, Warner Bros. released a statement announcing that Bachelor in Paradise had been suspended after allegations of misconduct were reported by a producer. “We have become aware of allegations of misconduct on the set of Bachelor in Paradise in Mexico. We have suspended production and we are conducting a thorough investigation of these allegations. Once the investigation is complete, we will take appropriate responsive action,” the statement read.

The following day, it came out that production was shut down because a producer raised concerns about an alleged sexual encounter between Corinne Olympios and DeMario Jackson. According to reports from TMZ, Corinne Olympios and DeMario Jackson had been drinking heavily all day when they began drunkenly hooking up in the pool. Producers filmed this; however, when the producer who had been assigned to Corinne later heard about the incident she was worried that she may have been too intoxicated to consent.

After news of the incident broke, sources connected to DeMario Jackson told TMZ that producers told him and Corinne that one of the storylines that season was going to involve the two of them hooking up, as both of them were considered villains during their seasons on The Bachelor and The Bachelorette.

After the incident, production initially continued; however, once the producer filed the complaint, Corinne and DeMario were the first ones to be questioned and then dismissed from the resort. During this time, the rest of the cast was sequestered. ““They stopped taping anything, and we were just kind of there, waiting in limbo,” a contestant told People. “We couldn’t talk to each other about what we knew. On Thursday, one of the camera guys told me that they were probably going to shut down production. I didn’t realize that it was that serious until then. I was like, ‘wait, they’re thinking of canceling the show?’ It hadn’t even crossed my mind that they’d do that.” The following day, after all of the contestants had been questioned, their phones were returned to them and they were all sent home.

5. The Other Contestants Are Upset

Contestants are upset that the crew members did nothing to stop the incident. “People are pissed, and not just at DeMario. We’re pissed that this whole thing happened,” a contestant told People. “They could have seen that she was drinking too much and that he was taking advantage. They could have stopped this before it got this far. But they decided to let it go, and let it happen, and see what happened? So, I’m angry at the show, and everyone else is too.”

Some contestants, however, who have seen the footage are claiming that Corinne wasn’t blackout drunk and that she appeared lucid and fully engaged in what was happening with DeMario.

According to sources close to Corinne, she’s been a wreck since the incident. She’s reportedly been crying every day and doesn’t recall what happened that night. Sources close to her reported that she had a boyfriend when she went on the show, so she went to have a good time — not hook up. On June 14, she officially broke her silence and released a statement.

“I am a victim and have spent the last week trying to make sense of what happened the night of June 4. Although I have little memory of that night, something bad obviously took place, which I understand is why production on the show has now been suspended and a producer on the show has filed a complaint against the production,” she told E! News. “As a woman, this is my worst nightmare and it has now become my reality. As I pursue the details and facts surrounding that night and the immediate days after, I have retained a group of professionals to ensure that what happened on June 4 comes to light and I can continue my life, including hiring an attorney to obtain justice and seeking therapy to begin dealing with the physical and emotional trauma stemming from that evening.”

3. DeMario Released His Own Statement

After the incident, DeMario told TMZ about what happened in Paradise. According to him, Corinne is the one who initiated things. He claims that the only reason the two weren’t able to have intercourse that night was because he consumed too much alcohol. After Corinne released her statement, he released his own statement to E! News. “It’s unfortunate that my character and family name has been assassinated this past week with false claims and malicious allegations,” he said. “I will be taking swift and appropriate legal action until my name is cleared and, per the advice of legal counsel, will be seeking all available remedies entitled to me under the laws.”

According to TMZ, all of the contestants on Bachelor in Paradise signed a contract, waiving their right to sue producers for “negligence, personal injury (including without limitation, any injuries arising out of the transmission of a sexually transmitted disease or unwelcome/unlawful contact or other interaction among participants).” However, she could still claim that producers were reckless, which would nullify the terms of the contract.

It doesn’t seem likely that season four will resume production. “[The producer] was like, ‘I don’t think that’s realistic,’” a contestant told People. “She said that there was an investigation going on, and that could take days, weeks or even months. And by that time, we all have lives and jobs and things to go back to, so it just wasn’t going to work out.  They told us that we’d be considered for future seasons and opportunities in the franchise, but that this adventure was probably over.”

Source: who is sam jarvis