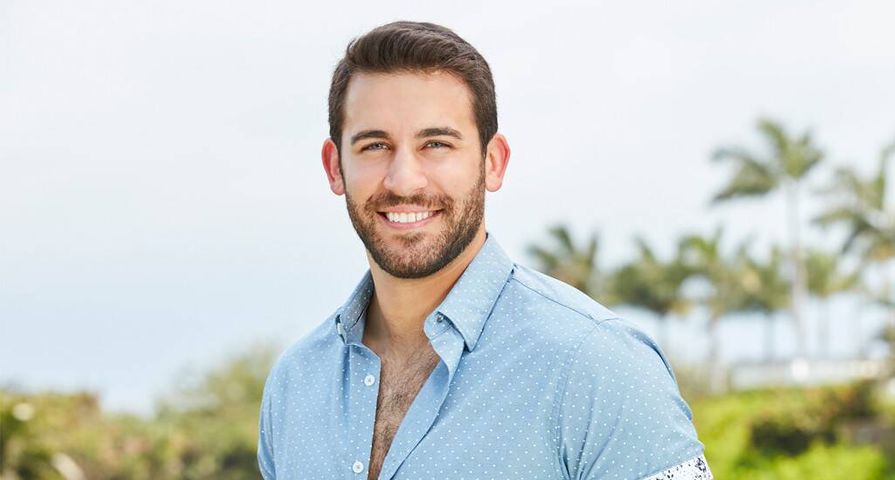 With only six weeks and twelve episodes, the flow of Bachelor in Paradise is sometimes difficult to to follow. Brawls and drama delay rose ceremonies, and some drama plays out way longer than it should. Heading into week four and episodes seven and eight of the season, it is clear that some definite relationships are starting to take place and with only a few rose ceremonies left, many are beginning to wonder who ends up with who, and who just goes home. Since Reality Steve already has a full breakdown of dates, rose ceremonies and general spoilers, here is everything to expect and look forward to in week four of Bachelor in Paradise:

At the end of episode six, things changed in Paradise when for the first time ever there is now a same-sex couple after Demi invited her girlfriend Kristian to stay with her. Having two people obviously in a relationship and not dating anyone else makes things a little interesting for the show which is predicated upon roses being handed out and those who don’t receive them being sent home. As it turns out the “rule change” Chris Harrison teased is really quite simple. From here on out, at every rose ceremony whether men are handing out roses or the women are, Demi will always go first and give her rose to Kristian.

While week three saw the addition of Jen Saviano from Ben Higgins’ Bachelor season and Bachelor in Paradise season two, and Caitlin Clemmens from Colton’s season, there are still two more women to enter before the third rose ceremony. Episodes seven and eight will see the addition of Tahzjuan Hawkins from Colton Underwood’s Bachelor season as well as one of the twins, Haley Ferguson, from Ben Higgins’ season.

Armed with date cards, it seems that both Haley and Tahzjuan have their eye on the same man: John Paul Jones. In the promo for the season, JPJ could be seen getting quite close with Haley as he rubs sunscreen on her, so fans can expect this to play out during these episodes, but there is no word yet on how this makes Tayshia feel as she has been developing quite the connection with JPJ so far.

After a dramatic brawl between newcomers Jordan and Christian in week two, two of the new women in week three also have a fight! Week three of the season will see a fight between Tahzjuan and Haley basically as soon as they join the show according to Reality Steve. While Reality Steve doesn’t say if the fight is because they are both obviously interested in JPJ, he does say that it starts because Tahzjuan calls Haley a name “something to do with a bird or something.”

Out of the rose ceremony it is easy to deduce who gets sent home from Paradise. It seems that Tahzjuan does not come off well after her disagreement with Haley, and isn’t given a rose because of the fight. Additionally, two of the other newcomers Caitlin and Jen seemingly don’t make a big enough impression to earn a rose and are also sent home.

After a lot of drama and heartbreak in the only first few days, the contestants get reminded that true love really can be found on Bachelor in Paradise with Chris Randone and Krystal Neilson’s wedding! The couple who met in season five, were married in Mexico and it was officiated by Chris Harrison, and is said to happen after the third rose ceremony. Depending on rose ceremony timing, the wedding should take up most of episode eight, unless it is pushed until the following week but with two more rose ceremonies needing to happen, that isn’t likely.

With three ladies saying hello and goodbye to Paradise rather quickly in week three, there is one much more surprising exit! According to Reality Steve, Dean gives his rose to Caelynn but decides to head back to his van. Reality Steve reports that Dean exits after saying he doesn’t see anything real progressing with Caelynn post-show and just doesn’t want to waste his time. He gives her the rose so that she can stay, but decides Paradise just isn’t for him.

3. New Men and One Women Enter

After the third rose ceremony, four more men join the show and it is unclear whether they are posed first as guests to Chris and Krystal’s wedding, but we do know that those men are: Connor Saeli from Hannah’s Bachelorette season, Chase McNary from JoJo’s season, Matt Donald from Hannah’s season and Luke Stone from Hannah’s season. Additionally Angela Amezcua from Bachelor in Paradise season five and Nick Viall’s Bachelor season becomes a part of the cast after attending the wedding.

A wedding between a Bachelor in Paradise couple means fans can expect to see quite a few Bachelor Nation alum at the nuptials. While most are just there for the ceremony and celebration, and do not have any involvement in Bachelor in Paradise, some do join the cast after. Fans should keep an eye out for a love connection between newcomer Connor Saeli and wedding guest Whitney Fransway who was also on Nick Viall’s Bachelor season.

There is a lot to look forward to in week five of Bachelor in Paradise! A surprising fight between an unexpected cast member, an even more shocking exit and of course a big rose ceremony! Until then see who stays together, who breaks up and who gets engaged with these season six spoilers!