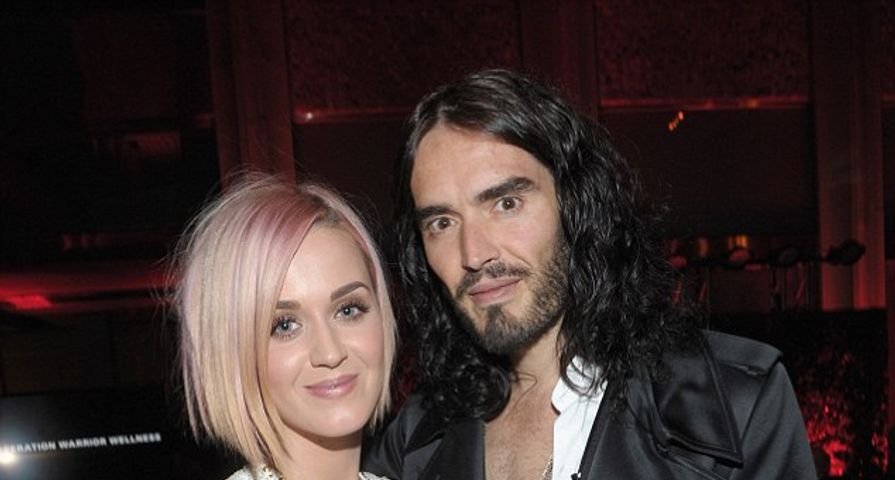 Even though Katy Perry and Russell Brand’s relationship was short lived it was one of those Hollywood romances people will be talking about forever. The stars enjoyed a whirlwind romance as they fell in love and got married rather quickly, only to engage in an extremely public and nasty split shortly after. While they’ve both moved on with other relationships, Perry is currently dating Lord of the Rings and Pirates of the Caribbean actor, Orlando Bloom, while Brand is engaged to and now has his first child with Laura Gallacher. Despite all this, we’re still curious about what happened between Perry and Brand, so here’s a look at 9 things you probably didn’t know about Katy Perry and Russell Brand’s relationship!

When the British comedian and pop singer first met on the set of Get Him to the Greek back in 2008, Perry was dating Gym Class Heroes singer Travis McCoy. More specifically, the story goes that Perry and Brand first sparked a chemistry when a Forgetting Sarah Marshall filmmaker set up a shoot at the 2008 VMA’s to get celebrity cameos for the Aldous Snow spin-off — Katy Perry was one of them. When she came back for the VMA’s in 2009 newly single, she and Brand began a more flirtatious relationship. They started dating and were engaged shortly after on New Year’s Eve! During the 2010 VMA nominations, she tweeted: “I luv the VMA’s, u never know what u’ll get from em! I got a hubby.”

Katy Perry signed on to make a celebrity cameo in Get Him to the Greek back in 2008, before she and Russell started dating. To her surprise, part of her role in the film was to share a kiss with Brand, but the scene didn’t make it past the cutting room — not even once it was known that the two were dating! At the time of the kiss, Perry didn’t know this would someday (in the very near future) be her husband, but she did admit that was when she started falling for him. “When he was filming ‘Get Him to the Greek,’ I did a cameo with him. My scene called for me to make out with him. And on the way down the stairs after the scene, I was hopping like a bunny. I hop like a bunny when I’m happy — I get a bit childlike.”

Source: Popsugar
Things You Might Not Know About Harry Connick Jr. And Jill Goodacre's Relationship

Their relationship was a total whirlwind romance as they got engaged only four months after they started dating! The two went on vacation in Jaipur, India in December 2009 after he bought her the trip as a Christmas gift. He popped the question on New Year’s Eve at a tiger sanctuary in Rajasthan, India. A week prior to their engagement, she posted a photo to Twitter of the two of them standing in front of the Taj Mahal, and captioned the photo: “He built this for me. So when do I start walking the streets naked singing that Alanis song?”

The two got married in October 2010 in a super-secret traditional Hindu ceremony in Rajasthan, India at the Aman-i-Khas luxury resort across from the tiger sanctuary where he proposed. The couple were extremely private about the whole thing, but Perry did share a few images from the day during her Grammy performance in 2011 while she sang “Not Like The Movies.” The marriage only lasted 14 months as Russell filed for divorce shortly after Christmas in 2011.

5. They Shared a Cat

Even though Katy Perry and Russell Brand haven’t been together for a long while and it’s clear they are not on good terms, Perry did admit in an interview with The Daily Telegraph that she kept one thing from their relationship — their cat. Apparently the couple bought a cat together and named it Rusty, a combination of their names. She’s since then changed its name to Monkey. “I still have the cat, but I’ve changed the name to Monkey,” she said.

4. What Changed for Russell?

Brand’s change of values concerning Katy came after a visit to Africa for Comic Relief in 2010. Although this trip was months before he tied the knot with Katy Perry, it was when his mind frame began to shift. His new concern with climate change and global economic inequality began to contrast with Perry’s pop star lifestyle. “I’m associated with the very thing I detest: vapid vacuous, plastic, constructed, mindless celebrity. That’s the very sea we’re swimming in, ‘Oh, who’s he?’ … ‘He’s married to Katy Perry,'” said Brand in his documentary, BRAND: A Second Coming, according to The Daily Mail.

3. He Couldn’t Accept Her as an Equal

While Brand claims Hollywood was the reason for the demise of their relationship, Perry sings a different tune. She said in an interview with Vogue that Brand didn’t like her being an equal to him. “[He’s] hysterical in some ways. Until he started making jokes about me and he didn’t know I was in the audience, because I had to come to surprise him at one of his shows…I do admit I was on the road a lot…At first when I met him he wanted an equal, and I think a lot of times strong men do want an equal, but then they get that equal and they’re like, I can’t handle the equalness. He didn’t like the atmosphere of me being the boss on tour. So that was really hurtful, and it was very controlling, which was upsetting,” said Perry.

In November 2014, Katy Perry did a press interview with The Project host, Rove McManus and dished about the lyrics behind some of the songs on her 2013 record, Prism. Perry has been vocal about the fact that her songs are a reflection on her personal and professional life, and admitted there is one song about Brand on that album and it’s “By the Grace of God.” She went into even more details by revealing when she wrote that song she was deeply depressed and even had suicidal thoughts. “It was sad and there were thoughts, but there were never actions. That song is evident of how tough it really was at a certain point. I asked myself, ‘Do I want to endure? Should I continue living?”

Katy Perry opened up about the divorce in an interview with Vogue back in 2013 and surprisingly revealed that not only are the ex-couple not on good terms since their split, but that he announced he was filing for divorce through a text. She said, “He’s a very smart man, a magical man and I was in love with him when I married him. Let’s just say I haven’t heart from him since he texted me saying he was divorcing me December 31, 2011.”