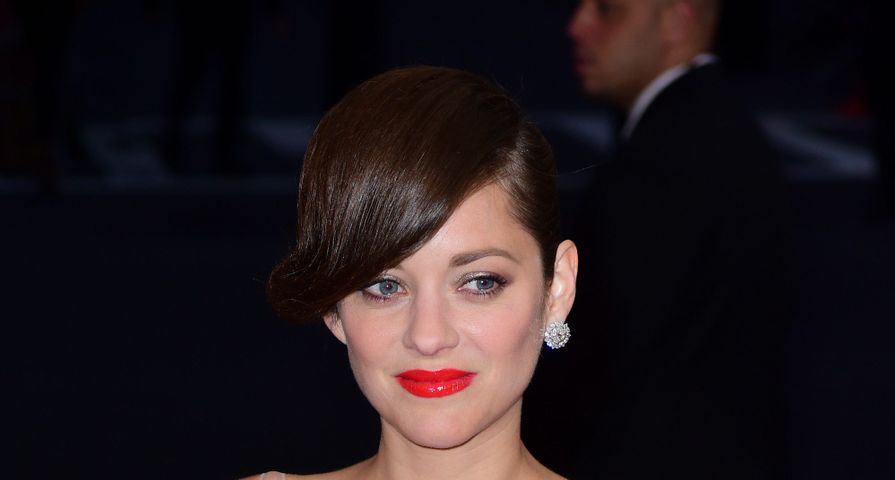 Marion Cotillard is one of Hollywood’s best actresses. The 40-year-old French actress, singer, activist and Greenpeace spokeswoman has received international critical acclaim for her work. It’s hard to believe this ageless beauty will be turning 41 soon and, to top it all off, she’s at the peak of her career! There’s been a lot of buzz around her upcoming film Allied with Brad Pitt. Despite being in the industry for over 20 years, not much is known about her, so we’ve decided to dig up 9 things you probably didn’t know about Marion Cotillard!

Marion Cotillard was born on September 30, 1975 to parents Jean-Claude Cotillard and Niseema Theillaud. Her father was an award winning theatre director and mime artist while her mother was a mid-level theatre actress. She grew up in Alfortville, a suburb of Paris in what she described as a “bustling, creative household.” She had two younger brothers, identical twins named Guillaume and Quentin. Her family moved to New Orleans when her father set up his own theatre company. When they moved there, her mother began teaching at the Conservatoire d’Art Dramatique d’Orleans and so Marion enrolled to study acting. “I saw it as a way to escape myself. But it was through acting that I met myself,” she said.

Marion is actually a really good singer! If she hadn’t become an actress, she would have been a singer. She learn to sing for her role in Pretty Things and basically mastered the craft in about a month. She also co-wrote and performed the song “La Fille de Joie” for the film. When she isn’t acting, she sings in Maxim Nucci’s band, Yodelice, under the pseudonym Simone, her grandmother’s name. In 2010 she even went on tour with the band and visited cities in France and Belgium, and recorded a few songs for their album Cardioid. “I play the bass guitar, keyboard, and tambourine — I’m their one-woman band and all-purpose maid,” she said. She also lent her voice to Franz Ferdinand for the song “The Eyes of Mars” and Dior’s “Lady Rouge” campaign.

She’s been a member of Greenpeace and a spokeswoman for their cause since 2002. In 2015 she traveled to the Philippines with France’s President Francois to spread awareness on the fight against climate change and to convene a forum to encourage action on the global challenge of climate change. She also traveled to the Congo in 2010 with Greenpeace to visit the local rainforests that are being destroyed by logging companies. In 2013 she came to the aid of several climate change activists who were jailed in Russia over an Arctic protest. She caged herself near Paris’s Louvre museum with a sign that said, “I am a climate defender,” to demand the 30 Greenpeace activists be released. A few days later they were all set free. To help with her cause, she has become a locavore. She only eats locally produced, organic food and has been recycling habitually since the ’80s, a habit she said she learned from her Breton grandmother. “I’m a nature lover, but I’m a human being lover, too. Nature will survive us. The thing we’re going to f-ck up is us – and animals. Destroying what makes us live is sick. More people are waking up but it’s super-slow. Why don’t we listen to the wise men in our world?” she once asked in an interview with The Guardian.

Marion and Guillaume first met back in 1997 and reunited to work together in 2003 for the film Love Me If You Dare. Over the 10 years of knowing one another they developed a strong friendship and in 2007 they began dating. The happy couple have been together ever since and because their long-term relationship, many people mistakenly believed that she and Guillaume were married. In 2014 she addressed these marriage rumors by calling him her “boyfriend” in the press. They welcomed their first child, a son named Marcel in May 2011 and just recently announced via Instagram that she is expecting once again.

She won an Oscar in the category of Best Actress in a Leading Role for her part in La Vie En Rose in 2008. It was presented to her by previous winner Forest Whitaker, her former co-star in Mary. Marion is one of the most internationally critically acclaimed French actresses. She’s received awards for her performances in films like A Very Long Engagement, La Vie En Rose, Nine, Rust and Bone, Midnight in Paris, Inception, The Immigrant, Two Days, One Night and Macbeth. One of the reasons she receives such praise from her co-stars and directors is because of her unique ability to immerse herself in every role. She does admit that sometimes she takes it a little too far. After La Vie En Rose, she couldn’t shake the character of Piaf. When filming finished her hairline and eyebrows were still shaved and she felt haunted by the presence of her character. “I tried everything. I did exorcisms with salt and fire. I traveled to Bora Bora to escape her. I went to Peru to Machu Picchu and did ancient shamanic ceremonies to cleanse myself after I eventually realized why I couldn’t let her go. She had been abandoned as a child. Her greatest fear was to be alone,” she said. Now that she is a mother, Cotillard said she no longer takes on such consuming projects.

Marion describes herself as “injection-phobic” and has publicly stated that she will never get Botox and it’s working for her because she looks absolutely ageless! Not only is Marion against Botox, but she said the idea of it makes her sad. “I have no judgement on that subject. I just think it’s kind of sad, because it shows the fear of women. I’m a total injection freak, injection phobic. The last time I had a shot was when I went to Mali, and I had to have the shot against yellow fever. And when I have to have an injection I’m like a four-year-old running around the room with the nurse behind me trying to catch me. So I guess I won’t have Botox or whatever you put inside yourself to look younger. But then, I mean, I don’t know. I cannot judge this fear. It just makes me sad,” she said in an interview with New York Magazine.

Marion was the first non-model in five years to appear on the cover of Vogue Paris in September 2010. She was also on the first cover of Dior Magazine in September 2012 and appeared on 3 other Vogue covers in August 2012. For a non-model she’s sure been on the cover of a lot of magazines! She’s appeared on more than 20o covers around the world including, Vogue, Elle, Marie Claire, Harper’s Bazaar, Vanity Fair, Glamour, W, Madame Figaro, The Hollywood Reporter and Wall Street Journal.

Over the past week it’s been announced that Marion’s most recent co-star, Brad Pitt, is divorcing his long-time partner, Angelina Jolie. As a result, there were rumors circling which have now been refuted and deemed false that their divorce was because Marion and Brad engaged in an intimate relationship while working together on the set of Allied. It’s now reported that his divorce from Angelina is the result of Pitt’s alleged drinking, drug use and anger problems, but because of her recent contact with Pitt, Marion was unfortunately dragged into the entire mess. She was forced to confront the allegations head on and chose to do so by releasing a statement on her Instagram. She wrote: “This is going to be my first and only reaction to the whirlwind news that broke 24 hours ago and that I was swept up into. I am not used to commenting on things like this nor taking them seriously but as this situation is spiraling and affecting people I love, I have to speak up. Firstly, many years ago, I met the man of my life, father of our son and of the baby we are expecting. He is my love, my best friend, the only one that I need. Secondly to those who have indicated that I am devastated, I am very well thank you. This crafted conversation isn’t distressing. And to all the media and the haters who are quick to pass judgement, I sincerely wish you a swift recovery. Finally, I do very much wish that Angelina and Brad, both whom I deeply respect, will find peace in this very tumultuous moment. With all my love, Marion.”

Even though she’s in the spotlight of fame and has received more positive feedback for her work than the average person, she said she still feels like a bit of an outcast and has even felt some early feelings of depression. “I’ve always felt an outcast. There is something strange about me. I don’t ever feel at east in a group of people. I have to fight hard to overcome my fears,” she said in an interview with The Guardian. “I understand depression. I was never super-depressed, but at one point I thought it was coming. I’ve had many turning points in my life like that. I’m able to tell when I’m in a bad place or super-sad and move on. When you’re stuck somewhere you need to change something, to shift the energy.” Even from an early age, Cotillard knew she was different and she struggled with being over sensitive as a child and harboring a lot of teenage angst. “I had existential dilemmas as young as seven, obsessive questions about my place in the world. Where did we come from? Why am I here? I couldn’t identify with anyone. At school I was considered very strange. I didn’t understand the relationships between people,” she said.