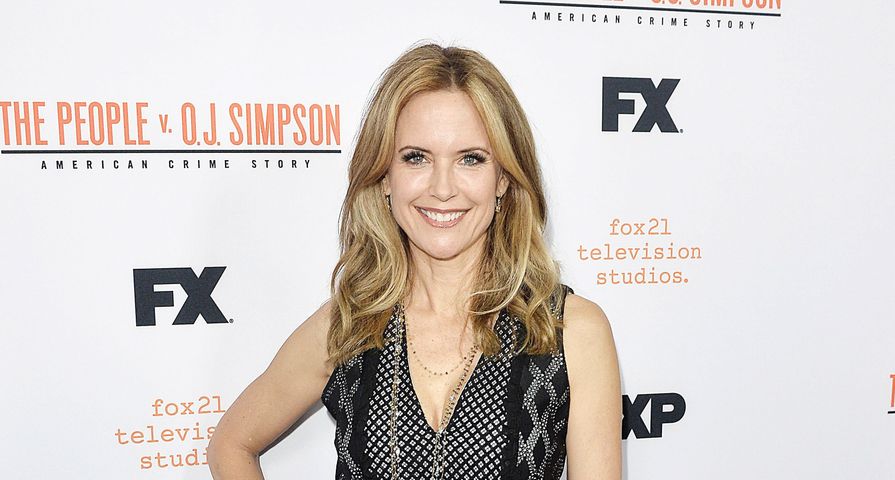 Kelly Preston has been a fan favorite Hollywood actress since she began her career back in 1980. She has since won fans over with her talent in both acting and singing and her roles in films such as Jerry Maguire, Twins, and What A Girl Wants. A lot of her life has been heavily publicized thanks not only to her own celebrity, but her high-profile relationships, including her long marriage to John Travolta, but there is still so much more to know about her! Check out 9 things you didn’t know about Kelly Preston:

Kelly’s unique middle name Kamalelehua was given to her because she was born in Hawaii, and means “garden of lahuas,” and a lahua is a legendary Hawaiian flower. Although she was born with the last name Smith, she began her career using the last name of her stepfather Palzis. When her film and television career began to take off, she eventually made the permanent switch to make her last name Preston.

Kelly Kamalelehua Smith was born on October 13, 1962 in Honolulu, Hawaii. She was born to Linda, an administrator at a mental health center, and her father who worked for an agricultural firm, but passed away when she was three. She was then raised by her mother and her stepfather Peter Palzis, who adopted her. When she was young her family spent time living in Hawaii and Iraq, but she grew up mostly in Australia.

When she was only 16 years old, Preston was discovered by a fashion photographer in Australia, and he helped get her work in commercials and ads. Eventually, she was set up with her first film audition for the role of Emmeline in 1980’s The Blue Lagoon, but she lost out to the younger Brooke Shields. She finally got her break, however, when she landed a small role on an episode of Hawaii Five-O.

From a single episode of Hawaii Five-O, Kelly Preston now has an impressive 69 acting credits to her name and has appeared in many well-known movies. Thanks to her numerous roles, Preston now has an estimated net worth of $20 million, with roles in Jerry Maguire, Twins, The Last Song, What a Girl Wants, and Death Sentence, just to name a few.

Although Kelly Preston was never identified as having a problem with drinking or drugs, the actress revealed in an interview in 2012 that she became sober for her kids. “Now I don’t drink anymore. I don’t smoke anymore. I don’t do drugs anymore. All of those come with an ‘anymore.’ I used to do everything and a lot of everything.” She added, “With drinking, I just decided that I wasn’t always at my best, There were times where I drank too much, for sure. And when I didn’t drink, I felt amazing, and I woke up feeling amazing every single day.”

Kelly Preston has been known for her high-profile relationships, the first of which was to actor Kevin Gage who she was married to from 1985 until 1987. Shen then dated George Clooney, and was the one who gave him his infamous pet pig, Max. In 1989 her then boyfriend Charlie Sheen proposed to her with a 2.5 karat pink diamond, and they lived together for a year until January of 1990 when Sheen accidentally shot her in her arm causing her to break off the engagement and end the relationship soon after.

Preston didn’t waste any time moving on in her love life, and as it turns out she had actually met John Travolta in 1987 when they were filming The Experts. After her split from Sheen, she and Travolta were married in 1991 at the Hotel de Crillon in Paris, France by a French Scientology minister on September 5. Since it was done through Scientology, it was considered invalid and the pair had another ceremony on September 12 in Daytona Beach, Florida. They had three children together: Jett (who died in 2009), Ella Bleu, and Benjamin.

Unfortunately for Preston and Travolta, they lived every parent’s worst nightmare when they lost their son Jett on January 2, 2009 when Jett was only 16. As an infant, Jett was diagnosed with Kawasaki disease, and also suffered from autism and seizures. During their family vacation to the Bahamas, Jett had a seizure in the bathroom and hit his head on the tub, causing his death. The couple have stated that their son Benjamin helped to heal their family: “Certainly having little Ben has been a beautiful kind of glue for us to rebond after a tremendous loss.”

It isn’t news to many that John Travolta was one of the hottest men in Hollywood for quite some time, but it seems Kelly Preston had to step in at least once with his female friends and co-stars, namely with Kirstie Alley. During an interview with Howard Stern, Alley admitted that Travolta was a “great love” of her life, and admitted that sparks flew between the two when they filmed Look Who’s Talking in the ’80s, but they didn’t act on it because Alley was married to Parker Stevenson at the time. “It took me years not to look at John as a romantic interest. Now I’m best friends with his wife, and that took a while. Because in the beginning she would bust me, like, ‘Are you flirting with my husband?’ And the answer was yes.”