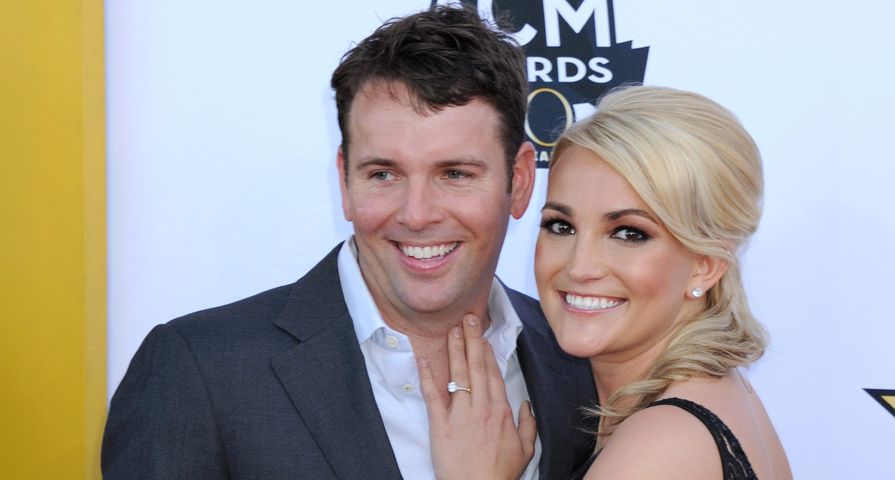 Jamie Lynn Spears has been with Jamie Watson for about seven years and they seem really happy. The couple waited a while to get married, and now that they are husband and wife, they seem like they are in it for the long haul. Even though Jamie Squared, as Jamie Lynn lovingly calls herself and her husband, like to live their lives outside the spotlight, we have 9 things most people don’t know about their cute relationship:

They met through mutual friends a year before they started dating when Jamie Lynn was still with Casey Aldridge. After her breaking off her engagement to Aldridge, it didn’t take her long to start dating Watson, who owns a multimedia company close to Kentwood, La. According to sources close to Spears, while she did a lot of growing up after having her daughter Maddie at 17, Aldridge didn’t, so when they broke up, she was ready to move on. Spears and Watson’s had their first date was around Christmas time in 2009. They went to look at Christmas lights in New Orleans with another couple.

When they first met, Watson wasn’t aware of how famous Spears and her family were. “I’m just a normal guy with a normal job,” he said during the TLC special, Jamie Lynn Spears: When the Lights Go Out. “I did not know about the family. I didn’t know she had a TV show. I didn’t know anything about her.”

7. Not Love at First Sight

According to Spears, for her and Jamie, it wasn’t love at first sight. “I think we grew on each other, which is probably why we are still together … He was kind of awkward and kind of weird … He was always uncomfortable … looking back though, I think it’s kind of sweet, because he was acting that way because obviously he liked me,” she said.

One of the reasons that Watson and Spears’ relationship works is because they share the same values. “We have the same values and it doesn’t matter if he won the lottery tomorrow. It’s about your values in life. It’s not about what someone does or who they are, it’s about what you value in life. And I love that he’ll keep me in check to make sure my values always stay the way they should,” she told Cosmopolitan.

9 Things You Didn't Know About Fergie And Josh Duhamel's Relationship

5. How Could I Want More

Jamie Lynn’s debut country single “How Could I Want More” is about one of her breakups with Jamie. “I had just moved to Nashville so I was really focusing on working and being a mom and a new town and a new home, so me and him broke up for a little bit so I could really focus on that, so this song was written in that vulnerable moment,” she told MTV News.

The couple had dated on and off for three years before Jamie proposed. Jamie Lynn announced that she was engaged on Instagram. “Guesssss what??????” she wrote with a picture of her with Jamie, showing off a giant sparkler on her finger. She followed up with a close up picture of the ring with the caption, “:) #hedidgood.”

11 Things You Didn't Know About George And Amal Clooney's Relationship

3. His Decision to Propose

Watson and Spears were married on March 14, 2014 in New Orleans, Louisiana, at the Audubon Tea Room. Between 150 to 200 people attended the nuptials, including her sister Britney Spears and her boyfriend at the time, David Lucado. After the ceremony, the newlyweds hit the town with Jamie-Lynn still in her wedding dress.

Although they currently have one child together, Maddie, from Jamie-Lynn’s relationship with Casey Aldridge, they still want more children, especially Jamie. “My husband would like to have kids, like, yesterday,” Jamie-Lynn told ET. “But for me, I think that having children is about timing, as well. I know that they always say, ‘There is no right time to have a child, you know. Just have babies.’ But I think right now that it’s maybe a little selfish for me to have a child. I am getting busy. I want to be able to do the same as what I have done with Maddie — really just be a mom for a little bit and have that time to focus on my next child. But, yeah, we want more babies, of course.” Jamie, on the other hand, has been waiting to have children since the day he and Jamie-Lynn got married and he doesn’t believe in waiting for the “right time.” “The time is right. It’s always something with her career [and] I’m really busy, too. There’s no good time to have a kid.”