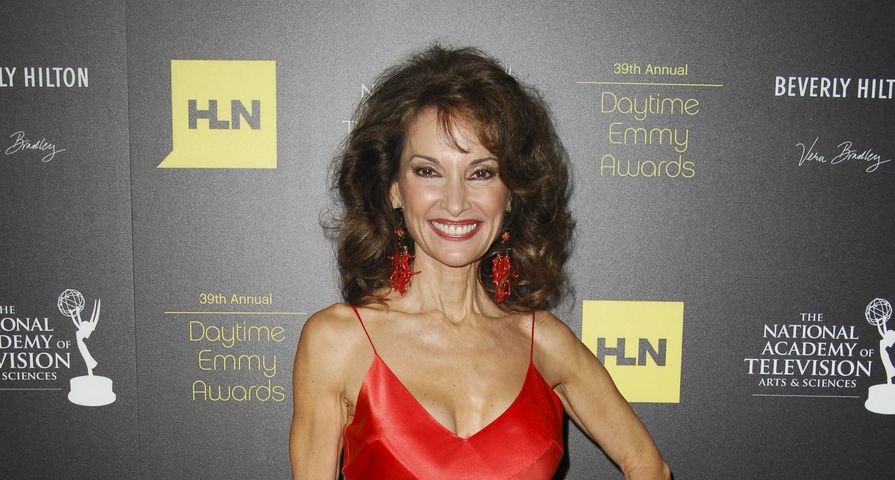 It truly must be an honor to simply be nominated for a Daytime Emmy Award, yet there is nothing like grabbing a hold of that gold statue and calling it your own. Annually, the Daytime Emmy Awards acknowledge the best of daytime programming, which includes recognizing the acting abilities of some of our favorite soap opera shows, actresses, and actors. Still, while many win the coveted award, there are those who play the role of ‘always the bridesmaid, never the bride’ – through multiple nominations, yet minimal wins. Below is a list of soap opera stars who have had the most Daytime Emmy nominations, with minimal wins to add to their resumes.

Melissa Claire Egan joined the cast of The Young and the Restless (Y&R) in late 2011, and has been heating up daytime television screens as the con artist turned sweetheart, Chelsea Lawson. She’s also caught the eye of the Daytime Emmys, with five incredible nominations (in 2009, 2011, 2012, 2013, and 2014) for Outstanding Supporting Actress. While her portrayal of Lawson has been top-notch, she has always somehow come up empty-handed on the awards night.

Might be something in the water at the set of Y&R? Since 1994, soap opera fans have fallen in love with the charming (and handsome) son of Victor Newman, Nicholas Newman, a character who seems to have the conscience to do good, rather than evil, unlike his father. Morrow has also received five Emmy nods for Outstanding Younger Actor, for five years in row (from 1996 to 2000). Despite this, he has yet to win a Daytime Emmy…but who knows what 2016 may bring?

Soap fans may remember James Mitchell, who played Palmer Cortlandt on All My Children, between the years of 1979 to 2010. Throughout his incredible soap opera career, he not only won the hearts of many who followed the show, but also won the respect of his peers. Being nominated an incredible seven times for an Outstanding Lead Actor (in 1980, 1981, 1982, 1983, 1984, 1985, and 1989). Unfortunately Mitchell was never able to score a win, and take home an Emmy of his own.

As a legend in the soap opera world, it’s really hard to believe that Eric Braeden has only taken home one Daytime Emmy during his incredible years as playing the infamous Victor Newman. Truth is, Braeden was nominated in the category of Outstanding Lead Actor eight times (in 1987, 1990, 1996, 1997, 1998, 1999, 2000, and 2004) – yet has only won the award once, in 1998. While Braeden is most likely humbled by being recognized by his peers on this platform, his alter-ego Victor Newman surely disapproves.

Elizabeth Hubbard is an accomplished actress, taking roles in film, stage, and daytime television. She may be best known for her role on the early soap show, The Doctors, as Althea Davis. However, Hubbard also had roles in As The World Turns, One Life to Live, as well as The Guiding Light. She won her first Daytime Emmy while working as Dr. Davis on The Doctors during the first annual Daytime Emmy Awards ceremony in 1974. She would receive another eight nominations as the years would pass, playing Lucinda Walsh in As The World Turns (in 1986, 1987, 1988, 1989, 1990, 1991, 1992, and 1999)…yet Hubbard was unable to capture another Daytime Emmy statue.

Perhaps one might call it a Y&R curse, but we have yet another actress from the popular daytime soap with a record amount of nominations, yet not a lot of wins. Michelle Stafford played the feisty, plotting, yet adored, Phyllis Summers on the Y&R from 1994 to 2013 (on and off), and in that time, was nominated for 10 Daytime Emmys. Two nomination were in the category of Outstanding Supporting Actress (in 1996 and 1997 – where she won the award in 1997) and eight nominations in the category of Outstanding Lead Actress (in 2003, 2004, 2005, 2007, 2008, 2010, 2011, and 2013 – where she won the award in 2004). It’s also important to note, that she was nominated for a Daytime Emmy in 2005, along with co-star Peter Bergman, in the category of Most Irresistible Combination. Alas, the duo did not walk away with the award that year, either.

Soap opera legend and icon Jeanne Cooper was probably best-known for her portrayal of Katherine Chancellor on the Y&R. With over forty years on the show, she became one of the most popular soap opera characters in history. As such, she received a slew of nominations over the years, with nine in the Outstanding Lead Actress category (consecutively from 1989 to 1992, then again in 1999, 2000, 2007, 2008, 2009 — where she won the award in 2008). She also received a Daytime Emmys nod in 2005 for Outstanding Supporting Actress, but she did not win the award. However, the Daytime Emmy’s did acknowledge Cooper’s incredible career at the 2004 ceremony, where the actress deservedly walked away with the Lifetime Achievement Award.

Peter Bergman has enjoyed an incredible career in the soap opera world, with over 30 years of experience. He’s played on two different soap operas, and has enjoyed an amazing tenure on both shows: playing Dr. Cliff Warner on All My Children from 1979 to 1989, and Jack Abbott on the Y&R, a role he has been in since 1989. An accomplished soap opera veteran, Bergman has notched 19 Daytime Emmy Award nominations under his belt over the years, while playing both of the above characters. He was nominated once for Lead Actor during his stint as Warner on All My Children in 1993, and then nominated another 18 times for this award (consecutively from 1990 to 2002, then again in 2007, 2008, 2010, 2013, and 2014) as Y&R’s Jack Abbott, where the actor took home the prize in 1991, 1992, and 2002. As noted earlier, he was also nominated with Michelle Stafford in 2005 for the Most Irresistible Combination category…but they did not win the award that year.

Digging back into soap opera history, there was a time period where many soap fans thought Susan Lucci would never win a Daytime Emmy Award. Playing the infamous Erica Kane on All My Children, the actress was nominated nineteen times (in 1978, consecutively for 12 years from 1981 to 1993, then again from 1995 to 1999) in the category of Lead Actress, before she brought home that Emmy in 1999. She was later nominated again in 2001 and 2002 (bringing her total nominations up to 21), but she never took the prize home again.