9 Roles Written For Men But Played By Women 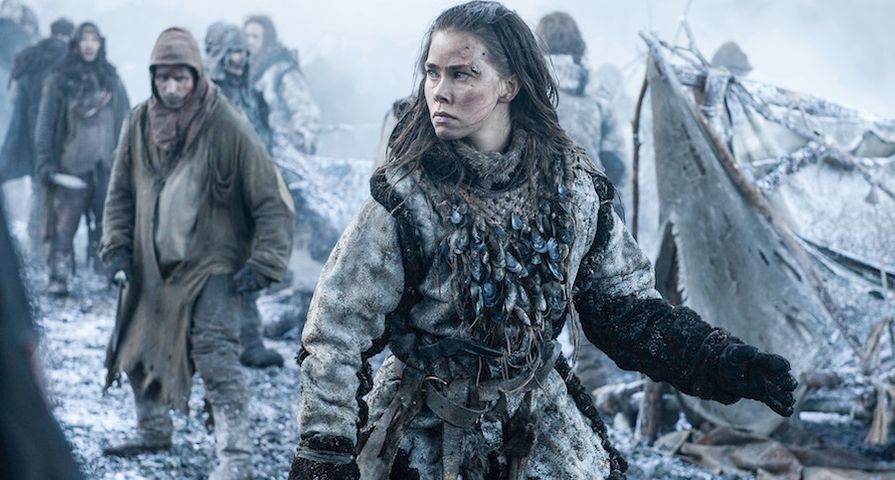 The song stated it perfectly: “Anything you can do, I can do better…” Yeah, yeah, yeah. Better is a relative term, but in the case of some film roles written for men, there were several actresses who proved better for telling the story. People are surprised to learn of several iconic film roles that were originally written for men, but through casting chance, rewrites, what-ifs and great imagination, the roles have gone down in history as some of the greatest female characters in film history. Here are nine of them.

From Hildebrand to Hildegaard, the role of Hildy Johnson in His Girl Friday switched from a man to a woman after director Howard Hawks heard his secretary read opposite a male actor during a script session. Hawks loved it so much that he asked writer, Ben Hecht, if he would agree to the switch. Hecht, the writer of the original stage play, The Front Page, agreed that it had potential, and the relationship became about two exes bumbling through a misadventure, and comedy of errors. The role stamped Rosalind Russell as the equal to every man on screen, and male fans of the film weren’t threatened by it. The film was a wild success. No man who truly loves women wants a woman to play the part of mere supporter. They want a co-star. And this 1940 film offered one of the first great, co-starring roles.

What would The 40 Year Old Virgin be without Jane Lynch? The scenes at the electronics store would have been way too much of a sausage fest if Jane hadn’t inserted her sly, off-putting, somewhat intimidating and creepy sense of humor on display. The role didn’t exist as Jane portrayed it before she was added to the cast, rather it featured a male manager who was another encouraging Steve Carell to get it on… with anybody. It was actually Steve’s wife, Nancy Wall, who read the script, and suggested that the film was too male heavy, and needed some influence from a female character that was not a candidate for sexual relations. Of course, the sexual tension added to the relationship between Carell and Lynch — by Lynch — served as some of the funniest and most memorable scene work in the film.

Hearing that Grace Jones played a role that was originally written for a man is really no surprise. The androgynous badass known as Grace Jones was one of those iconic personalities before she was a performer, and everything simply translated well to the screen. The original role was that of a male Darfurian warrior who was alleged to be the only surviving member of his tribe. For those who have seen Conan The Destroyer, Grace Jones holds her own on screen opposite Arnold Schwarzenegger. And we’re not talking acting ability, here. This is a statement spotlighting Grace’s physicality. If there was anything that would have been a stretch for Grace Jones early in her career, it would have been her playing a female role that was incredibly soft, demure and completely unassuming.

Did you know: The role of Evelyn Salt was originally written for Tom Cruise, and the character’s name was Edward Salt. There you have it. In fairness to Angelina, many believed this role would be too much of a stretch. Yes, in a sense, it is hard to buy Angelina, with her sharp features, yet very thin, feminine body, as pure athlete, but with the help of her stunt doubles, she pulls it off exceptionally well. She has the natural look of a comic book character that you’d lust for as a 13-year-old boy, so putting her into a role that was once written for a man, and being told, “She’s a Russian spy…” …what the heck, we’ll go with it. And aren’t we so glad we did? The only thing that fell short in this film was the ending leaving the audience wanting so much more.

For those who haven’t seen Flightplan, this is a perfect example of a film that would be good to watch when considering the differences between a male star vs. a female star. The role played by Jodie Foster was originally written for, and offered to Sean Penn. When director, Robert Schwentke, really started kicking around the story, he thought it might play differently, and more powerfully if it were led by a female. So, instead of a father, the script was rewritten for a mother and daughter, and several things changed with it. Schwentke offers some in-depth, DVD commentary, and speaks about the changes made during the rewrite, when considering how a woman might react to such a tragedy and mysterious circumstance, as opposed to a male. The differences changed the visual language.

Game of Thrones: Season 5. Birgitte Hjort Sorensen played Karsi, a Wildling warrior, leading her entire tribe at Hardhome. Yes, the role was originally written for a male warrior, but the creative team thought it would be more powerful to see a woman with an innate, inherent, instinctual desire to protect the young children. When interviewed by Vanity Fair, and asked about the role, Sorensen revealed the following: “I never thought of Karsi in terms of gender. She’s just a warrior defending her tribe as anyone would. Being a woman has nothing to do with that.” And that’s kind of the whole point of characters like Karsi in Game of Thrones, and Eowyn in The Lord of The Rings. They’re warriors doing what warriors do, regardless of gender. And these examples are inspired by several chapters of our real world history.

The Paper is a 1994 Ron Howard film that kind of slipped through the cracks due to the popularity of a few iconic films that were released that year, notably, Forrest Gump. The cast of The Paper was stellar:  Michael Keaton, Robert Duvall, Jason Alexander, Randy Quaid, Marisa Tomei, Jason Robards, Catherine O’Hara… and it included a tough-as-nails, cold-as-ice character, Alicia Clark, who was originally written for a man. The role became a woman when Glenn Close fought for a place in the cast. The creative team thought the script should be rewritten after Glenn joined the cast, but she refused, and asked that the script stay as it was. This included several back-and-forth arguments with Michael Keaton, and a physical altercation between the two, when she eventually pushed one too many of his characters buttons. No backing down from Glenn.

2. Sandra Bullock – Our Brand Is Crisis

Our Brand is Crisis is the feature film based on the documentary of the same name that will be released in late October, 2015. It features Sandra Bullock in a role originally written for a male character, that was going to be played by George Clooney. This will serve as the latest of film offerings from the exceptionally versatile David Gordon Green, and the way Sandra came upon this role was quite impressive. George Clooney, who is a producer on the film, and was originally slated to star in the role of Calamity, when Sandra Bullock became very bored at the roles that were coming across her desk. She asked her agent to put word out that she was interested in male roles that might work with female characters. George agreed that it would a stellar opportunity for everyone involved to get her into the mix.

The iconic role of Ripley in Ridley Scott’s Alien was written for a man, though it obviously didn’t need to be a man. What was necessary was a strong, and imposing physicality. If you are ever lucky enough to stand next to Sigourney Weaver, you’ll quickly understand why she was the perfect choice, male or female. Even at 65, she looks apt to conquer any physical challenge. Originally, Scott was hoping to go with a male cast that featured a token female and an android twist. And boy, was it a twist. Still, the greatest twist came in development, when they decided to go with a woman as the heroine. It proved to be a groundbreaking move in the realm of Sci-Fi. One of the most impressive things about Sigourney Weaver: she never loses her femininity as Ripley, regardless of how brute she becomes in the fight-for-life process.