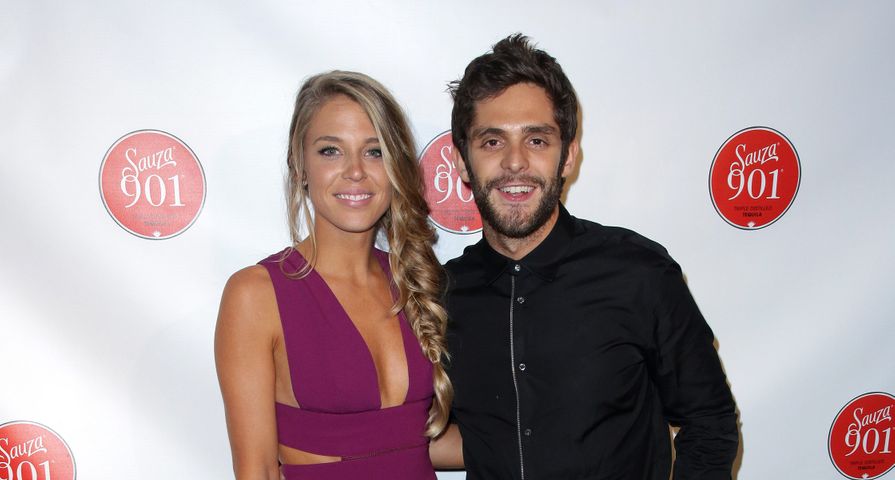 With the hit song “Die A Happy Man,” Thomas Rhett got us all emotional and dreamy about the love he has for his lady. If you’re like me, you swooned so hard you went looking for WHO this lady is that Thomas Rhett wrote this song about and were just as eager to get a deeper look into his love life. The lady in question is named Lauren, Thomas’ wife since 2012, and she is just downright adorable and equally as endearing as Thomas is. This love story is one that is played out on Instagram and it’s gaining momentum for being a refreshing glass of southern sweet tea in a world of vodka martinis. Looking through their Instagrams may be more adorable than simultaneously scrolling puppy pictures and baby videos. Here’s a look at their love story as told through social media.

9. They Met in the First Grade

Thomas told Taste of Country in an interview that he and Lauren met in the first grade and was quoted as saying, “We dated once when we were 15, and it didn’t work out. We dated for like six months. We remained best friends even after we broke up. We both dated other people for like five years. When I heard that she had ended her other relationship… I moved in for the kill.” Thank goodness he did cause cuteness ensues!

So many stars go for the perfect shot, the perfect look, the completely unattainable for the everyday person. Not Thomas and Lauren! These cuties are absolute perfection, in their bed head, undone, morning way.

7. They’re Smokeshows When They Want to Be

Thomas Rhett and Lauren get plenty of opportunities to show what a hot couple they are these days, from his various tours to all the award shows. It’s impossible to deny the love when you see how they look at each other.

It’s not often you get a peek into a celebrity’s world and laugh at their silliness as if they’re your old high school buddies. Somehow Thomas & Lauren manage to keep it real and completely hilarious without looking like they’re trying too hard. You legit want them to be your best friends.

#repost @thomasrhettakins me & the ballas comin atcha in north dakota

5. They Bring Us Along for the Ride

It’s one thing when celebrities stage their Instagram photos to “capture” moments, and while seeing stunningly perfect photos of your favorite celebs can be double-tap worthy, Thomas and Lauren don’t care that their photo quality is often pretty poor and blurry — they just love to share their love with us and we love them for it!

4. When Other People Capture Them, They’re Just as Cute

How many adult couples do you know that sleep like this? The photo, which was meant to be funny (and it is) taken by Lauren’s father, gives us a deeper look into the real Thomas and Lauren. With reality shows being more fake than real and social media being no different, it’s refreshing to see a couple that’s gush-worthy even when they aren’t trying to be.

My father in law is so mature A photo posted by ThomasRhettAkins (@thomasrhettakins) on Mar 25, 2016 at 5:09pm PDT

The couple, who have been friends since they were kids, is now navigating through rising stardom. For many, this could be a strain on the relationship. Lauren, however, has pure joy for her man as he climbs the ranks, much like his father, Rhett Akins did.

2. They Really Are Best Friends

One great thing about all those years and years of being “friends” before they officially became a couple (well, round 2 of being a couple since their 6 month stint at age 15 didn’t last) is that they had a foundation of friendship that most don’t achieve before making lifelong commitments. To see them be best friends and lovers is kind of a dream come true, even if we’re just from the sidelines cheering them on.

Love living life with this one @laur_akins A photo posted by ThomasRhettAkins (@thomasrhettakins) on Apr 30, 2016 at 8:24am PDT

1. Final Nail in the Cuteness Coffin

When advocating for votes for the Academy of Country Music “New Artist Of The Year” award, Thomas Rhett made youtube videos to win over the hearts of fans just a little more. This one video, however, showed his humor, love, and devotion to Lauren through the years. That’s it, we’re toast. They are officially the cutest.