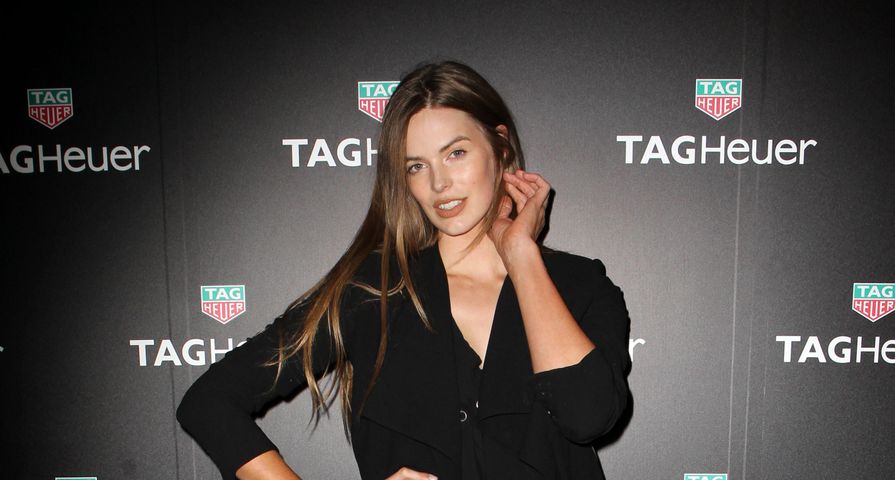 As previously mentioned, Ashley Graham is the first size 16 model to be featured on the cover of Sports Illustrated, but she’s been modeling for well over a decade. She’s appeared in Elle, Vogue, Harper’s Bazaar, Glamour and Latina, as well as several Levi’s campaigns and advertisements for Lane Bryant. She also spends her time giving talks at high schools on body image and body acceptance.

Denise Bidot is one of the latest plus sized models to join the body revolution. The Latina model has booked international and domestic campaigns, including ads for Forever 21 and, most recently, Lilly Pulitzer for Target, and she’s opened the CHROMAT show in New York Fashion Week.

Tara Lynn has helped to redefine the fashion industry’s standards of beauty and she’s also encouraged women of all shapes and sizes to accept and love their bodies. She’s been featured on various covers of Elle magazine throughout Europe, and she was the face of H&M’s Big Is Beautiful campaign in 2011.

Whitney Thompson was the first plus size winner of America’s Next Top Model and went on to win a contract with Elite Model Management, as well as a sponsorship with CoverGirl. She’s also modeled for Metrostyle, JC Penney, People Magazine, Diana Warner Jewelry, Forever 21, Saks Fifth Avenue, the face for Torrid, Converse One Star, Fashion Bug, and a campaign with Pure Energy/Target, Fall 2010, and was the face for Panache lingerie, Winter 2014.

Toccara Jones finished in seventh place on the third season of America’s Next Top Model (ANTM) and won CoverGirl of the Week five times. After ANTM, Wilhelmina Models signed her as a plus sized model and she has gone on to model for Ashley Stewart, Avon, Torrid, New York and Company, Target, Essence magazine, Vibe magazine and Smooth magazine.

Tess Holliday is the largest plus sized model to be signed to a mainstream modeling agency. She has modeled for Domino Dollhouse, SWAK, Jessica Louise Clothing, Evil Pawn Jewelry, Black Cat Bikinis, Empress Lingerie, Vintage Box 1947, Batcakes Couture, Em & Sprout, as well as other independent designers. She is one of the most outspoken of the plus sized models. In 2013, she started the #effyourbeautystandards campaign on Instagram, a movement that shows women that they don’t have to be a particular size to love their body and that their size shouldn’t dictate their fashion choices.

When Robin Lawley appeared in Sports Illustrated in 2016, she was the curviest model to ever appear in the magazine. The Australian born model is constantly in demand She was the first plus sized model to appear in Vogue Australia in 2011. Some of her high profile clients include Ralph Lauren, H&M and Chantelle lingerie. She’s also collaborated on a swimwear line with Bond-Eye, which was produced in sizes 8 (US) to 18 (US).

Candice Huffine signed her first modeling contract in 2000. Her first major campaign was with the plus sized company, Lane Bryant. In 2011, she landed a Vogue Italia cover, which really changed the trajectory of her career. After that, she appeared in Harper’s Bazaar, W and CR Fashion Book. Her goal, however, isn’t to be famous. She wants to prove that a woman shouldn’t have to be a certain size in order to be considered beautiful. “It’s not an I-want-to-be-famous thing; I just want the straight-size and plus world to not have a division,” she said.

Daughter of Steven Tyler and half sister of actress Liv Tyler, Mia Tyler is primarily a plus sized model. She’s landed gigs with Lane Bryant, H&M and Pennington’s and has appeared in Seventeen Teen, Mode and USA Today Weekend, Vogue and Flare. Her goal as a model is to provide an inspiration to young girls who feel the pressure to be thin. “These girls would say I helped them feel better about themselves and their bodies. That’s what keeps me going,” she said.