9 Most Outstanding Movie Actresses Of 2014 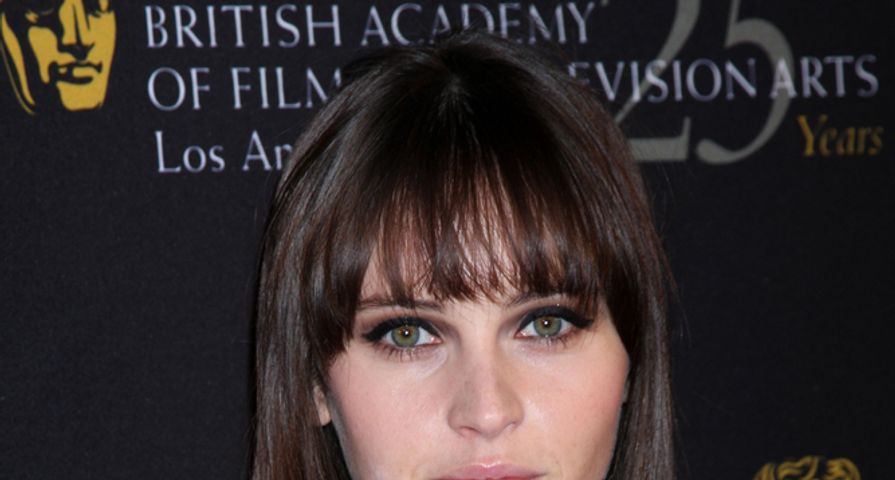 Every year, there are a few movie actresses who stand out from all the rest. Some of them have been recognized in the past for their talents, but have gone many years without receiving that recognition again, while others are just receiving this recognition for the first time. This year, we have an amazing crop of actresses who have given outstanding performances in some of the best movies of the year. Some of these ladies are definitely going to be feeling the love during award season; however, others might not be so lucky. In our eyes, they are all winners. Here is Fame10’s list for the 10 most outstanding movie actresses of 2014!

Jennifer Aniston has made a career out of taking on light and fluffy roles. She has mainly stuck with rom-coms through the years and, with the exception of “The Good Girl,” she hasn’t really taken on a challenging role. Because of this, many of us haven’t had a really good idea of what kind of actress she is. This year, she totally showed us what she is capable of with the drama-comedy “Cake.” She took on a rather unglamorous part that required her to gain some weight and go without makeup.

While the film has received mixed reviews from critics, many of them have been thoroughly impressed with Aniston’s performance. Leslie Felperin of The Hollywood Reporter wrote, “Covered in prosthetic scars and made up to look as dowdy and unglamorous as someone in cashmere sweatpants can look, Aniston submits an honest, sturdy performance.” She’s already been nominated for a Screen Actors Guild Award and a Golden Globe, so who knows! An Oscar could be next.

Patricia has received widespread acclaim for her performance in “Boyhood.” This Richard Linklater film is groundbreaking, as it was shot over a 12-year period, showing a young boy and his older sister as they grow from children into adults. Arquette and Hawke played their divorced parents and they are captured on screen growing along with the two children.

Critics are calling Arquette’s performance “superb.” “Patricia Arquette is superb as their divorced single mom, hard-working and aspirational, but worryingly condemned to hook up with drunks and give the kids abusive stepdads,” Peter Bradshaw of the Guardian said. So far, she’s been nominated for a Screen Actors Guild Award and a Golden Globe for Best Supporting Actress and many think an Oscar nomination is next. She has never received this kind of recognition for her film work. For the last decade, she has focused mostly on television, so this is quite the breakthrough.

Despite being only 9 years older than Reese Witherspoon, Laura Dern played her mother, Bobbi, in the biographical drama “Wild.” Critics have been quite impressed with both Witherspoon and Dern. They are both expected to get Oscar nominations for their performances in the film. So far, Witherspoon has received Best Actress nominations from the Screen Actors Guild and the Golden Globes; however, Dern hasn’t received any.

Even if she doesn’t get any nominations, Dern has still received a lot of praise for her performance. “In Wild, Dern shatters your heart to pieces with the delivery of one line—‘just when so many things were beginning’—upon receiving her cancer diagnosis. But it’s another scene in which she leaves the character’s indelible mark. Witherspoon’s Cheryl is sitting in the kitchen with Dern’s Bobbi, who is singing and dancing blissfully while cooking food. Cheryl is irate. How could she be so positive after everything in her life has been so sad? Her optimism, Bobbi, explains, is a choice. A necessary decision in order to survive,” Kevin Fallon of The Daily Beast wrote.

Hilary Swank has won two Best Actress Oscars in her career so far. One for “Boys Don’t Cry” and the other for “Million Dollar Baby.” It has been a decade since she’s had an Academy Award-winning role. Although she has continued to act, for a while, it seemed as though she had been hit by the Oscar curse. As of late, her luck has changed. In 2014, she landed a lead role in the 1850s Midwest drama “The Homesman,” alongside Tommy Lee Jones

Swank’s performance has been receiving rave reviews. Robbie Collin of The Guardian wrote, “Swank and Jones are a sensational pairing – this is Swank’s meatiest role in a long time, and she plays it like she knows it – and their peculiar chemistry places the film at almost the precise midpoint between two more contemporary westerns: the smoky whimsy of the Coen brothers’ True Grit and the tougher, drier Meek’s Cutoff, from Kelly Reichardt.”

It has been almost a decade since Reese Witherspoon won her one and only Oscar for her performance in “Walk the Line.” Since her big win, she has yet to really find another great role – until now. This year, she starred in the biographical drama “Wild,” alongside Laura Dern. The film and her performance have received rave reviews, including a Screen Actors Guild (SAG) nomination and a Golden Globe nod. Many think that she has a good chance of being nominated for another Oscar in 2015 for Best Actress.

Critics haven’t seen this kind of performance from Witherspoon since “Walk the Line.” “Justin Chang of Variety said, “It’s no surprise that the versatile Vallée, who recently directed two Oscar-winning performances in Dallas Buyers Club, has elicited from Witherspoon an intensely committed turn that, in its blend of grit, vulnerability, physical bravery and emotional immediacy, represents easily her most affecting and substantial work in the nine years since Walk the Line.”

Emma Stone has had a really good year. She’s had three big movies come out – “The Amazing Spider-Man 2,” “Magic in the Moonlight” and “Birdman” – and she’s starring on Broadway in “Cabaret.” Critics have been raving about her performances in “Birdman” and “Cabaret.” The former has earned her a Screen Actors Guild (SAG) nod. It’s still early, but it looks like there might be more nominations for her as we get closer and closer to award season.

According to Peter Travers of the Rolling Stone, Emma has never been better. “And a never-better Emma Stone is raw and revelatory as Riggan’s embittered daughter, fresh out of rehab and eager to hook Dad on social media, where quality is gauged by Facebook ‘Likes,’” he wrote of her performance. As for her role as Sally Bowles in “Cabaret,” critics said she “dazzles.” This could possibly lead to a Tony nomination!

Amy Adams is one of the best actresses of her generation. Despite having been nominated for five Oscars in total thus far in her career, she has yet to take one home. We really thought last year would be her year. She had a lead role in “American Hustle” and, amongst a team of acting veterans, she really stood out, but she didn’t win an Oscar. This year, she took the lead role in Tim Burton’s “Big Eyes” and, again, she stood out.

The film itself has received mixed reviews; however, Adams’ performance has been praised. Justin Change of Variety wrote, “Although saddled with similarly on-the-nose dialogue and hemmed in by the essentially passive nature of her role, Adams manages to supply the film with a compelling center, showing Margaret’s tireless painting to be at once a concession to Walter’s demands, a vital creative outlet and an eloquent act of defiance.”

Julianne Moore has never won an Academy Award; however, she has been nominated for one four times. Her performance in “Still Alice” is currently generating a lot of buzz. She played a linguistic professor who is diagnosed with early onset Alzheimer’s disease. So far, she has been nominated for a Best Actress Screen Actors Guild Award (SAG) Award and a Best Actress Golden Globe. Chances are pretty good that she will be nominated for an Academy Award as well. Many think that this will be the year where she finally takes one home!

Critics can’t stop raving about Moore’s portrayal of the titular character. Lou Lumenick of the New York Post called Moore’s performance the best by an actress that year. James Rocchi of the entertainment website TheWrap was equally positive in his review. He wrote, “It’s a careful performance, one that never steps too far forward into melodrama while at the same time never holding back.”

Felicity Jones was not especially well known prior to her performance as Stephen Hawking’s long-suffering wife Jane in “The Theory of Everything;” however, this role has been a real game changer for her. So far, she has received a Screen Actors Guild (SAG) nomination, as well a Golden Globe nomination for Best Actress for her performance and many expect her to receive an Oscar nod as well.

Critics have praised her and her co-star Eddie Redmayne’s acting in “The Theory of Everything.” The Guardian was quite impressed with her performance. “Jones makes for a formidable opposite number; she’s a consistently brilliant actor who needs a breakthrough. Perhaps this may prove to be the movie,” Catherine Shoard wrote. Entertainment Weekly was equally impressed. “In a much less showy role, Jones does her own heartbreaking work as the woman who dedicated her life to loving and caring for Hawking. With nuance and grace, she summons the pain and frustration that were by-products of that commitment,” Chris Nashawaty commented.