9 Directors Who Publicly Dissed Their Actors 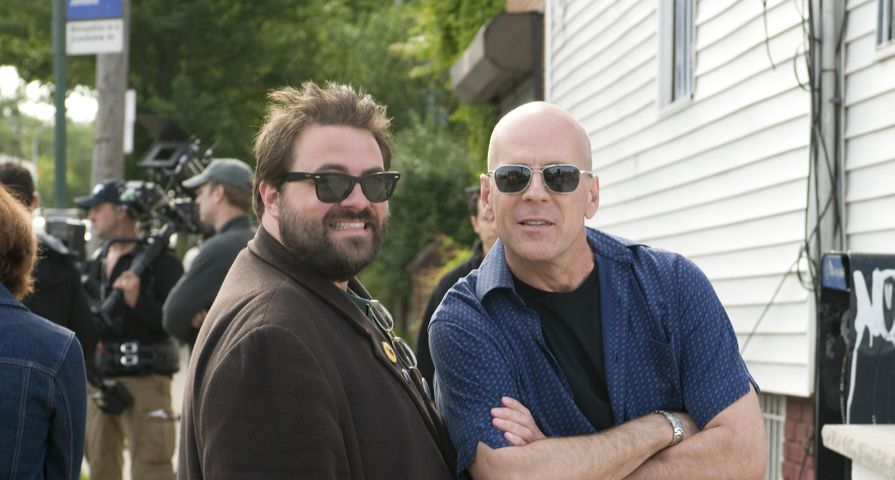 In the world of Hollywood, egos are everything! And on some sets, the divine creatures that make our movies, come face to face with egos that rival their own. When this happens, celebs get dissed, and while we laymen live for the fireworks, the loss of reputation can impact a star or the director for the rest of their careers. This list takes a look at some of the outspoken directors who publicly dissed their actors!

In an interview with Wonderland magazine, Megan Fox notoriously compared Michael Bay to both Napoleon and Hitler! She also commented that “[h]e has no social skills at all.” Needless to say, these statements resulted in an onslaught of refute. Crew members from Transformers wrote a letter basically calling Megan Fox dumb as dirt and unprofessional. Bay was now also at liberty to replace her in the third installment of Transformers. He also slammed Fox in an interview with GQ:  “I’m sorry, Megan. I’m sorry I made you work twelve hours. I’m sorry that I’m making you show up on time. Movies are not always warm and fuzzy.” The mock apology worked to make Megan Fox look like a whiny child, and removed her from the lucrative franchise. The pair eventually made up when Bay cast her as April O’Neil in Teenage Mutant Ninja Turtles. Not quite Transformers, but it’ll have to do!

J.J. Abrams is one of the best in the biz, but Daisy Ridley got to see a side of him that fans never knew existed! In an interview with Glamour UK, the English actress confessed that on her first day of filming, Abrams called her out for her “wooden” performance in front of the entire cast and crew! The breakthrough actress took it all in stride and still stated that her experience working on the Star Wars film was “incredible.” Well, either the criticism worked or the editing was fantastic, because none of the wooden performance made the final cut! Ridley is considered to be one of the best parts of the Star Wars sequel and was nominated for several awards including the Saturn Award for Best Actress.

Kevin Smith has made no attempt to hide his feelings towards Cop Out star Bruce Willis. Smith has described working with Willis as “soul crushing,” and the Die Hard man himself as “unhappy,” “mean,” and “bitter.” Kevin has published his opinion in podcasts, a book, and Twitter, and has made public statements at his live stage shows! His candid comments may be because he says he’s retiring from film making, but he actually spent a whole chapter in his memoir Tough Sh*t explaining where his bitterness comes from. He said Willis “fostered an unpleasant and unproductive working environment whenever on set.” Yikes!

6. Stanley Kubrick Versus the Cast of The Shining

Stanley Kubrick was a perfectionist and his movies reflect his dedication to excellence. Unfortunately, for many of his cast members, his relentless rewriting of lines and continual push for perfection did not go over well. Stanley had huge difficulties working on The Shining with Shelley Duvall, who had no formal acting training and had played in improvising-based productions. Kubrick hated Duvall’s interpretation of her character and reportedly demanded 127 takes of one of her scenes! The criticisms of the director were too much for Duvall to take and the stress of shooting made her physically ill and caused her hair fall out! Legendary actor Scatman Crothers incurred a similar wrath from the famed director, and was reduced to tears during the 85 takes it took to get the scene where he showed Wendy and Danny the hotel kitchen. This director did not hold back and was willing to call anybody out on a performance that did not live up to his ridiculously high standards!

5. Any Director and Lindsay Lohan

Alright, so “any director” may be an unfair statement, but Ms. Lohan has certainly not developed a good name for herself in the world of show biz! Director Paul Schrader took a huge risk when he cast Lindsay in The Canyons, and that risk unfortunately did not pay off. He did, however, let a reporter from the New York Times document everything that happened on and off set. While Lindsay was only making $100 a day for the production, this did not stop her from acting erratically, holding up the show or from making irrational demands. It’s been said that she forced Schrader to strip naked in front of the cast and crew before she would film a love scene. When asked if he’d ever cast her in something again, the director dissed, “If it doesn’t involved a co-star, she would be perfect for it.” Ouch!

4. Any Director and Katherine Heigl

It’s so unfortunate that the amazingly beautiful Katherine Heigl has developed such a bad rep, but the rumors are true. After starring in Knocked Up, Heigl made negative remarks about the final edit and the film’s portrayal of women. While director Judd Apatow didn’t diss the actress explicitly, he did say that he was waiting on an apology! It’s also well known that Heigl was engaged in an epic feud with Grey’s Anatomy creator Shonda Rhimes. Rhimes made no quips about sharing her feelings towards the diva-like behavior of the actress. She actually turned Katherine’s last name into an adjective when explaining why her new show Scandal is running so smoothly: “There are no Heigls in this situation.” This may explain why Katherine has only been cast in a TV movie this year…

3. David O. Russell and Most Actors

This one seems to go the other way around, and director David O. Russell has managed to develop a reputation for not getting along with his actors. While working with the laidback George Clooney on the set of Three Kings, David O. Russell apparently berated an extra in front of the entire cast and crew and Clooney came to the poor victim’s aid. He entered into a screaming match with Russell, which ended with Russell head-butting Clooney, and Clooney grabbing the director by the neck! And this wasn’t the only public conflict the director has had with his actors. During the filming of I Heart Huckabees, Russell and actress Lily Tomlin had screaming matches that eventually leaked onto YouTube and became a viral sensation. Thankfully this director turns out fantastic flicks, otherwise the conflict with his actors would be intolerable!

After the epic flop of The League of Extraordinary Gentlemen, both Sean Connery and director Stephen Norrington threw in the towel. Sean Connery made no secret of his feelings about Norrington and stated publicly on several occasions that he thought the director was an idiot. Norrington had only directed fpir films, but the struggle on this set was enough to force him into retirement. The Blade director made one of the loudest statements possible about working with Sean Connery when he straight up quit the business!

Vincent Gallo took his rant against actress Christina Ricci, star of his directorial debut Buffalo 66, directly to the press. In an unrelenting tirade, he let loose to the New York Post that he thought Christina was “an ungrateful” expletive, and that she was either drunk or “on cough syrup the whole time.” Christina never stooped so low as to respond to the allegations and Gallo hasn’t directed a feature film since 2010, so we can see who won in this battle!