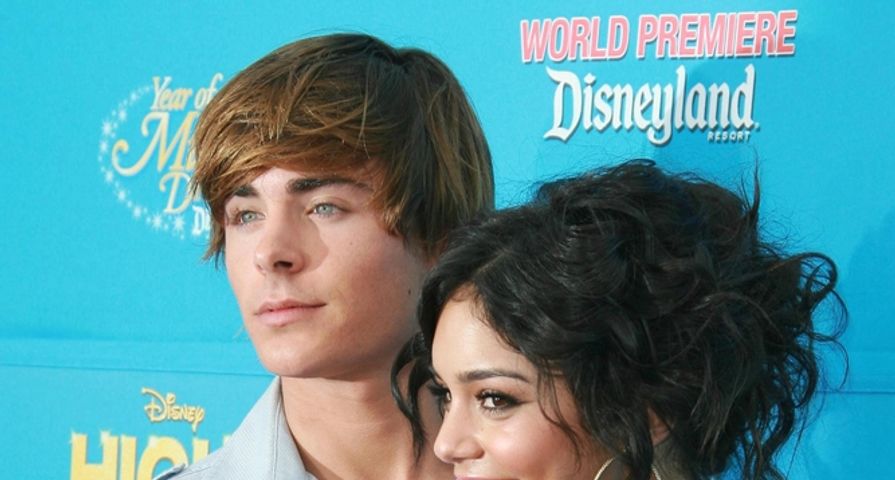 Breakups are hard, especially when you don’t see them coming! These celebrities thought they were getting their happily ever after, but instead they got dumped – when they weren’t expecting it. We feel for them (well, some of them) cause that’s gotta hurt. Here are 13 celebrities who were totally blindsided by breakups:

Jessica Simpson blindsided Nick Lachey when she announced that she wanted a divorce back in 2005 and, in 2009, she found herself blindsided when Tony Romo suddenly ended their relationship. “Jessica was really blindsided,” a Simpson family friend told People. “She’s sad, mad, and confused. Her emotions are all over the place. “Dating her comes along with her celebrity and press – that’s not easy for anyone. But she and Tony seemingly had it figured out. They rolled with the punches and focused on each other. They just lost sight of that at the end.”

Paris Hilton’s sister Nicky was reportedly blindsided when David Katzenberg ended their four-year relationship back in 2011. One of her friends told In Touch that David went to her, wanting to talk. The heiress thought that he was going to propose, but he instead broke up with her. Her friends were pretty worried about her because she ended up losing a lot of weight as a result of the breakup.

When Nicole Murphy – Eddie Murphy’s ex wife – decided to end her five-year engagement to Michael Strahan in 2014, she made sure to blindside the former football star by publicly announcing their breakup the same morning that he was being inducted into the NFL Hall of Fame. She felt that the timing of the announcement was justified because she had finally confirmed that he had been unfaithful. As they say, Hell hath no fury like a woman scorned!

Taylor Swift was reportedly taken completely off guard when Jake Gyllenhaal ended their short-lived relationship. The couple only dated for a couple of months back in 2010, but Swifty took the breakup pretty hard. According to a source close to the actor, the reason the relationship ended was because he wasn’t comfortable with the attention they were receiving and he could also feel the age difference. This wasn’t the only time the “We Are Never Ever Ever Getting Back Together” singer was blindsided by a breakup. The first guy to do this to her was John Mayer and we all know how that ended.

Before he was in a much-publicized marriage with Angelina Jolie, Billy Bob Thorton was engaged to actress Laura Dern. “I left our home to work on a movie, and while I was away, my boyfriend got married, and I’ve never heard from him again,” Laura told Talk magazine. While we’re sure that really hurt, we’re also pretty sure that she could have sought solace in how quickly Billy Bob and Angelina’s marriage ended.

Former cocktail waitress Sarah Larson did not see her breakup with George Clooney coming back in 2008. One minute she was living with him in L.A. and attending the Oscars and the next she was packing her bags and moving back to Las Vegas. “She thought they were getting married. Instead, she got dumped,” a friend said. “She’s really upset. Devastated.” Poor girl. She should have known better than to fall for that line from a 40 something, commitment shy bachelor.

Lea Michele was taken off guard when Matthew Paetz, her boyfriend of two years, broke up with her this past February. Sources say that she was left heartbroken and that there was no way that he would take her back, which makes us wonder what she did to warrant that kind of attitude…

When Justin Theroux hooked up with Jennifer Aniston back in 2011, he had a girlfriend, stylist Heidi Bivens. They had been dating for 14 years when he suddenly broke up with her and starting dating the former Friends star.” Heidi is heartbroken. She was completely blindsided. She and Justin had been together for years, they had a home,” a source said. “Then he met Jennifer and everything changed. At first he claimed he and Jen were friends.” The situation sounds a little similar to the Jennifer-Brad Pitt-Angelina Jolie love triangle!

Sports Illustrated model Anne Vyalitsyna didn’t give Adam Levine a heads up when she dumped him. A friend of hers says that she did it this way so that it wouldn’t look like he broke up with her. Poor Adam. He didn’t take the breakup very well. “Adam’s heartbroken,” his friend told Us Weekly. “He wasn’t even fully sure they were really broken up.”

After hooking up on the set of Good Will Hunting, Minnie Driver found out that her relationship with Matt Damon was over when he denied having a girlfriend on The Oprah Winfrey Show. “It’s unfortunate that Matt went on Oprah,” Minnie said. “It seemed like a good forum for him to announce to the world that we were no longer together, which I found fantastically inappropriate.”

Britney Spears and Jason Trawick claim that they mutually agreed to end their engagement, but rumor has it that she was totally blindsided by the breakup. He had been planning to dump her for months, but he wanted to do it after he negotiated her deal for the residence spot at Caesars in Las Vegas. He got a big payout as a result. Poor Britney – why can’t she find a nice, honest guy?

When Justin Timberlake and Jessica Biel broke up in 2011, he was reportedly the one who did the dumping – and he totally took Jessica off guard! No one else was really surprised. There had been rumors of infidelity on Justin’s part for a good year before the breakup. In spite of this, they managed to work it out and were married in October 2012 and welcomed their son Silas in April 2015.

Vanessa Hudgens was reportedly blindsided by her breakup with Zac Efron. She wasn’t expecting it because he had just given her a brand new car, an Audi S4 convertible, that matched his for her 19th birthday and then a few days later broke up with her. Sources say that Zac ended the relationship because he was ready to start dating other girls and that’s pretty much all he’s done since!