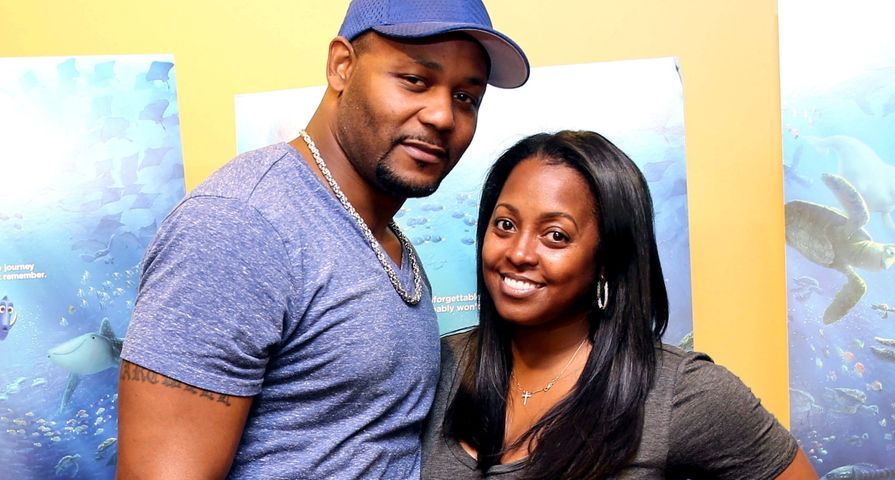 A week ago, many of us wouldn’t have known who Keisha Knight Pulliam or her soon to be ex husband, former NFL player Ed Hartwell, are but, because he filed for divorce a week after she announced that they were expecting their first child together and then demanded a paternity test, these two are now famous for their dramatic divorce! To help you keep up, here are 7 of the most shocking revelations to come out of their split:

The NFL linebacker – who had only been married to The Cosby Star for seven months – told her that he wanted a divorce via text and then announced to Us Weekly that he had filed for divorce and wanted a paternity test. “Right now, the only thing I want is a paternity test for the baby,” he said in a statement via his rep. To further prove his point, a source close to him went to People and said that Hartwell “just wants to make sure that just because they were married he still covers his bases and gets everything checked out,” and that the “pregnancy came at a very dark spot in the relationship.”

6. He Hints That She Was Unfaithful

According to The Cosby Show star, she wasn’t one who cheated, Ed was! Even though she was ready to file for divorce after she discovered he was unfaithful, she decided not to go through with it because he begged her for another chance. “When early in my marriage I was faced with this, I was ready to leave. I had divorce papers ready. I presented them to him. He said ‘please, I want my family.’ He said all the right things. Once I was pregnant I decided to forgive him and give him that one last chance,” she told Entertainment Tonight.

4. She Really Wanted a Baby

In his interview with Page Six, the former linebacker claimed that his ex was baby crazy and wanted to have a child right away, but he was hesitant. “She wanted a baby really fast, and what I was trying to explain to her was that – from my beliefs, from seeing other successful people – that when you first get married, especially since we didn’t have a long courtship, that we should actually focus on each other and not just have a baby. That’s something she really did want to do,” he said. “What I learned about her is that if she wants something, she wants it now and she’s going to go get it. That’s one of the reasons we actually stopped having sex,” he continued.

3. She Says That He Wanted Children Too

Pulliam told Entertainment Tonight that the pregnancy was planned. “We both wanted to get married, I was not pushing it,” she said. “This is his baby. He wanted more children. He was excited once he found out that we were having a little girl. There was never a question about that. … No point after we got pregnant was there an issue of the fact that we’re having a baby.”

2. He Still Cares About His Ex

While he was married to Keisha, Ed confessed to having feelings for his ex, Lisa Wu from The Real Housewives of Atlanta, after she had suffered a miscarriage, but the former child star wasn’t upset that he had feelings for his ex, but rather that he didn’t want children with her and then, according to him, she became controlling. “[Knight Pulliam] wasn’t mad that I still cared about her,” Hartwell said. “All she was a mad about was, ‘You don’t want to have a baby, but you’re mad about her baby. You can’t talk to her 13-year-old daughter. And there was a big fall-out.”

1. They Don’t Have a Prenup

The former couple reportedly did not get a prenuptial agreement before she got married last December. In Pulliam’s divorce papers, she is demanding sole possession of the Atlanta home that they shared, as well as her pre-marriage possessions and equal division of the assets and earnings acquired during their seventh month marriage. She’s also asking that her ex pay for her lawyer’s fees.