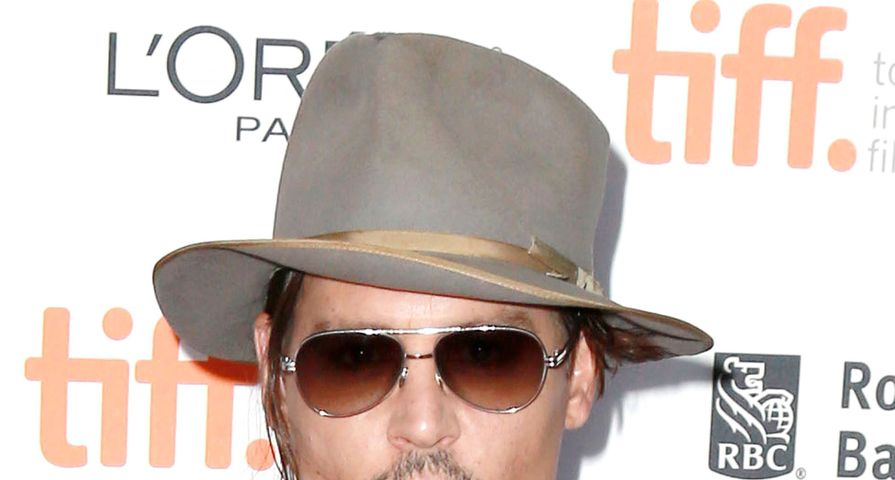 It’s nice work if you can get it — headlining a blockbuster movie. Sadly, there’s a limited window for most actors and actresses who can lead a film to blockbuster status, dropping millions upon millions at the box office doorstep. There are rarities like Tom Cruise, who are still able to hit strong with flicks like Mission: Impossible, but many others who used to command $20 million dollar salaries have slipped, and the movies they’re doing no longer draw crowds like they once did. Here are nine examples of actors who can no longer headline blockbuster movies.

Why Hollywood executives thought Ryan Reynolds could ever truly headline a blockbuster is beyond reasonable logic. His biggest film to date is The Proposal, and obviously, he has Sandra Bullock to thank, in part for the huge success. He was her co-star. The Green Lantern? Really? And the film was terrible. There’s no denying Ryan’s physical prowess, the dude can get ripped for roles, but we rarely see much depth to his skills in the roles he has thus far obtained as a Hollywood actor in the past. He may have the looks of a leading man, but he does not have bravado of a leading man. Perhaps he should try taking a really, really strange character role in which he doesn’t rely on his natural charm. He might gain more critical praise for doing such, but realistically, he’ll never command the box office.

It hurts a little to write this one. Will Smith is such a charmer. There was a time… if Will Smith was headlining a movie, you’d be in line at the box office with bells on. Excited! Naturally buzzed! Think back to Independence Day. The buzz for that film was electric! And then think back just a couple of years to After Earth. What. The. Heck. Happened? It can easily be argued that both films are bad when weighed against top-quality features, but if they’re done well – which ID4 was — it can live long, and prosper as a guilty pleasure. It’s not to say that people wouldn’t line up again for Will Smith if he did something really, really awesome, but it seems he’s no longer being offered those awesome roles. It’s going to other actors first. Yes, Will should have jumped into the cast of the Independence Day sequel.

This one is truly sad. Meg Ryan was the queen of romantic comedies. There was something so desirable about her, and a sweet disposition that made you fall in love with her on screen, regardless of her role. Yes, Meg did some heavyweight acting in films like When a Man Loves a Woman. For those who haven’t seen the 1994 drama, it is her best work. She’s a force. At a certain point, Meg was caught in the trap of “aging actress,” and didn’t really seem to know what she wanted to do next. She was too old to play the ingenue, and seemingly too sweet to play the rough-around-the-edges mother, or woman struggling to grow older. Bottom line, Meg was pigeonholed. Then, everyone started being really mean to her. In the press, on social media… it didn’t make a lot of sense. She’s responding with a directorial debut.

Vince Vaughn is another guy who had the ability to command box office gold, but generally only if he were part of a duo. He needed a straight man to work off of. That is when Vince Vaughn is at his most electric. Going back to the beginning of Vince’s movie career, one of his first big roles was in the sports drama, Rudy. He was just a fella. A fella who was a very good actor. On that set, he came to Jon Favreau, and Jon knew Vince would slay audiences as a comedian, if he were allowed to cut loose. Swingers was the film that unleashed the Vince Vaughn we know and love. He offered more in Made, Old School, Dodgeball, Wedding Crashers, The Break-Up… but all of these films rely on the teamwork aspect. Which is actually quite a compliment to Vince. On his own? No dice.

The Australian beauty (who was actually born in Hawaii) worked her tail off as a teenager to break into the film and TV scene in Australia. From 16 to 23, she scored several roles that helped her climb the ladder of success, and seven years in, she landed the role that would catapult her to stardom: Dr. Claire Lewicki in Days of Thunder. This introduced her to Tom Cruise, and within the year, the two were married. Nicole continued to grow as a box office draw, and her salaries continued to get larger… and larger. Nicole’s box office career peaked around the turn of the century with films such as Moulin Rouge and her Oscar winning performance in The Hours. At that point, her focus shifted in terms of the roles she was pursuing. She continues to work all the time, but simply doesn’t command the audiences she once did.

Johnny Depp’s career popularity has played out in two acts. We have no reason to believe he won’t enjoy a third. As a young actor, Johnny was the beloved dude who could do anything in Hollywood oddities, or really great independent dramas. He was immensely popular, though not much of a box office draw. When he teamed up with Walt Disney to bring Pirates of The Caribbean to the big screen, everything changed. Johnny Depp became the most bankable star in the biz. And had Johnny avoided doing too many Pirates of The Caribbean movies, he’d probably have avoided a few of the faux pas he’s endured over the past 10 years, namely, The Lone Ranger. Yes, the man is still making moola, but audiences have lost interest. His “weird” has lost a lot of appeal, because he pretty much sold out to Mickey Mouse. He might be able to win back some allure with his starring role in the upcoming film Black Mass.

Julia Roberts is better than ever. She’s another actress who has defied Hollywood odds and standards by leading films well into her 40s. Julia is one who hasn’t been afraid to let her looks go in order to portray a role, and she’s another who has boldly stated that moving forward, cosmetic surgery is not going to be a priority.  Yes, Julia used to draw people to the box office in droves. Her first smash hit, Pretty Woman, wasn’t even supposed to be the success it was. There was something about the Georgia beauty. Everyone fell in love with her, and they stayed in love with her for two decades. Then those people stopped going to the movies. In fairness to Julia, she’ll likely find roles that will lead to more awards nominations at this point of her career. More fulfilling than box office returns.

What happened to Adam’s comedies? Yes, his biggest successes were absurdly ridiculous, but they were really well done. The filmmaking in his most recent comedies are so atrocious, it’s impossible to stay engaged. Adam is casting a bunch of his funniest friends, but they’re all playing for laughs when a script isn’t funny. And all of this after he offered a tour de force in Paul Thomas Anderson’s Punch Drunk Love. After wowing people with that performance, he went on to do Spanglish, which was imperfect, but another fine dramatic/comedic turn. That bolstered his status as a most lovable star… then he dropped multiple box office poo-poos back to back to back to back… to back. It’s not working. Please stop, Adam. The only thing that was remotely enjoyable? The one about the remote: Click. Now, people avoid his films like a hotel bedspread.

In the history of every list on every Internet site focused on celebrity news, trivia and fun facts, never has there been a more obvious #1. Mel Gibson: one of the most talented, and intensely passionate actors, producers, writers and directors the industry has ever known. Sadly, he has been prone to bouts with alcohol, and some prejudices that he took with him from his youth, or developed while fighting it out in executive board rooms at several of the studios. Whatever the case, Mel’s fall from grace was sad on so many levels. And sadly, it happened at the height of trial by public opinion. There was no wiggle room for forgiveness. Yes, Mel has worked since then, and he’s doing some of his very best work, alas, he will never again lead a Hollywood produced blockbuster.