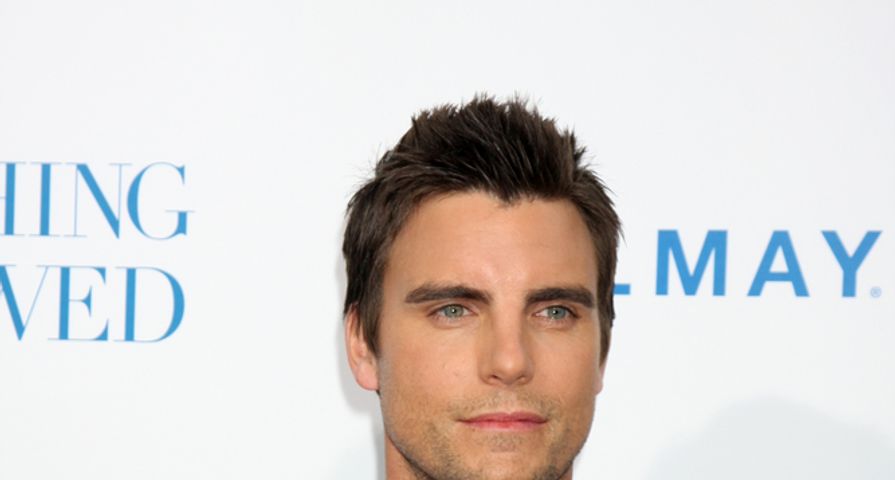 The acclaimed romance series 50 Shades of Grey is finally being turned into a movie. The role of the main character is up for debate, however, we have some strong opinions of who needs to be cast as the lead in this film for it to achieve the success it deserves. The following list has nine potential actors who could – and should -play the role of Christian Grey. Scroll through to see our top pick and let us know if you agree!

Bradley Cooper is a fan favorite for this role. At 38 years old, he has starred in Silver Linings Playbook, The Place Beyond the Pines, and perhaps most notably, The Hangover Triology. In 2011, People Magazine named him the Sexiest Man Alive. The easy-going Cooper oozes sex appeal and his quick smile makes the actor a perfect match for the role of Christian Grey.

Jamie Dornan: 10 Things to Know About the New Christian Grey

Ed Westwick, England’s favorite polymath, is another actor who could play the role well. As an actor, musician, and model, he is already everything a woman could ever want. At only 26 years old, Westwick has starred in the hit drama Gossip Girl, as well as recent films like J. Edgar and Romeo and Juliet. He was awarded the Teen Choice Award in 2012 for Drama. Already cast to play brooding dark heroes like Heathcliff in Wuthering Heights, Westwick is a great match for the role of Christian Grey.

Paul Wesley of Vampire Diaries fame is well-loved by his fans. At just 31 years old, he has played the love-torn, tragic character of Stephan Salvatore on Vampire Diaries since 2009 when the series premiered on The CW. A man who speaks both Polish and English, his strong build and easy charm make him a no brainer for the role of a billionaire lady killer. Wesley has recently joined the cast of The Baytown Outlaws and was awarded the Teen Choice Award for Favorite Dramatic TV Actor.

Channing Tatum is America’s sweetheart. His boyish charm and shy grin make the ladies melt. 33 years old, Tatum has starred in more films than he can count, including the hit comedy 21 Jump Street, the much loved Magic Mike, and the recent Jon Don. Voted the Sexist Man Alive in 2012 by People magazine, Tatum has played the role of a sexy stripper before in Magic Mike, and is well-suited for the role of philanthropist billionaire Christian Grey.

Chris Pine came into the national spotlight only recently in his role as James T. Kirk in the films Star Trek and Star Trek: Into Darkness. His filmography is long, though, with his first role being in an episode of ER in 2003. Only 33 years old, Pine’s piercing blue eyes and confident smirk portray the self-assurety of a natural born leader, which makes him the perfect choice for the captain of the USS Enterprise and also for the role of a man born into money and power.

Ryan Gosling has been an actor from a very young age, first starring in The Mickey Mouse Club at just twelve years old. 32 now, Gosling has starred in many more films, the most famous of which is likely The Notebook, an adaptation of a Nicholas Sparks novel where he plays a blue collar worker that falls in love with a woman from a wealthy family. His experience playing serious and comedic roles gives him the skill needed to play Christian Grey with all his eccentricities.

Robert Pattinson kick started his career as Ravenclaw Seeker Cedric Diggory in Harry Potter and the Goblet of Fire, and then later landed the role of Edward Cullen in the film adaptations of the Twilight Saga, Stephenie Meyer’s acclaimed tweenage vampire romance. These major roles skyrocketed Pattinson’s career, making him one of the highest paid actors in Hollywood at just 27 years old. His easy charm and quiet appeal make him a fan favorite for the role of Christian Grey.

Colin Egglesfield is the oldest actor on this list at 40, and the star of beloved soap opera All My Children. He also stars in The Client List and has starred in the movie Something Borrowed and the TV show Melrose Place. His recent films include A Stranger in Paradise and the upcoming Home, but he is best known for his television roles as guest stars on a variety of shows. A natural looker who supported his schooling through modeling, Egglesfield brings a masculine charm to the screen. His high cheek bones and steady gaze would be right at home on the face of Christian Grey.

Ian Somerhalder is best known for his roles on Lost and as Damon Salvatore of Vampire Diaries. With an established and fanatic base of admirers, “Smolderholder,” as he is sometimes known, rarely needs to speak, letting his piercing gaze say the words for him. At 34 years old, the down to earth Somerhalder has been offered the role of Christian Grey, but hasn’t confirmed whether he will take the role or not. He plays the brother of Stephan Salvatore on CW’s The Vampire Diaries, where he is in a continual battle against his brother and other forces to secure the love of Elena Gilbert. The top rated episodes of the Vampire Diaries are the ones in which Somerhalder takes off his shirt, making him the perfect choice for Christian Grey.