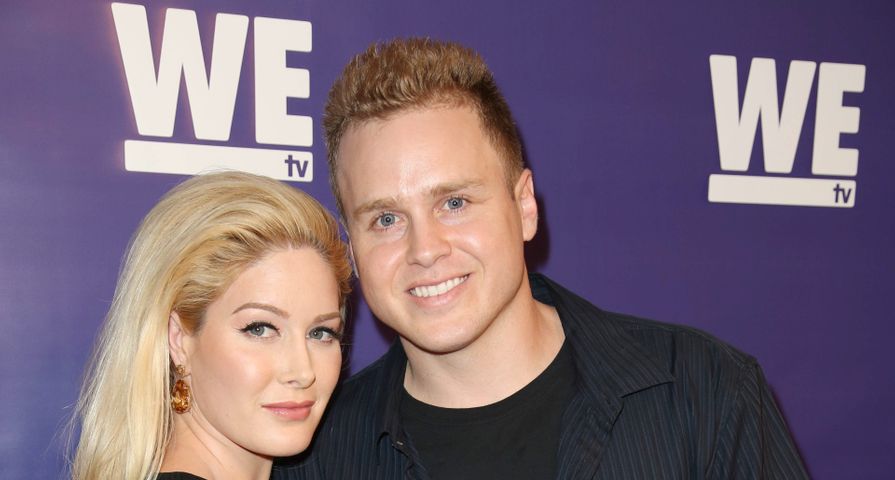 Can you find love on a reality show? It seems like it would be an impossible task, but a few lucky couples met amid their reality fame and managed to make it work off-screen, too. Here are eight couples making us wonder if it might be a good idea to try and become the next big reality drama queen!

Nobody’s relationship has shocked us more than Snooki’s. After being launched to fame on MTV’s party-centric series Jersey Shore, Nicole “Snooki” Polizzi has made a huge transformation to a married mother of two, at the young age of just 28. It’s clear that she trusts Jionni, whom she met while she was filming the reality show: Nicole decided to get married without a prenuptial agreement to protect her assets. But even though Snooki is in love, she admitted on her podcast that she had pre-wedding jitters. “I was nervous, I had to have a little vodka. I was like, “Where’s my vodka? I need my nerves to calm down,'” she said. Luckily, everything worked out: “It was honestly the best day of my life. I kind of want to renew my vows next year just so I can have a wedding again and relive that experience because it was so amazing.” Their relationship’s stability came under fire when it was reported that Jionni had an internet account at cheating site Ashley Madison, but Snooki stood by her man, saying, “I’m lucky if he knows how to even use a computer, yet go on Ashley Madison to cheat on me.”

On season 11 of Big Brother, Jordan Lloyd was named the winner — and she had a big win in her personal life as well, since she dated and ended up marrying her competitor, Jeff Jordan. A few years after their season ended, Jeff actually popped the question in the backyard of the Big Brother house. Reality shows are a big part of their relationship: two seasons later, Jordan and Jeff returned to Big Brother as a couple and also later appeared on season 16 of CBS’ The Amazing Race. Then in 2015, Jeff and Jordan signed up for Marriage Boot Camp to address their “communication problems.” (They’re still together, so it looks like they worked through their issues.)

Most of the couples created by ABC’s The Bachelor and The Bachelorette haven’t worked out, but Trista, the show’s very first Bachelorette, managed to beat the odds with fire fighter Ryan Sutter. On the finale of her season, she chose Colorado native Ryan and the pair got hitched in 2003 as a part of a three-installment wedding special that aired on the network. Trista and Ryan now have two children together, Max and Blakesley, and they’re happy to be living a “normal” life; in an interview with Parade Magazine, Trista said, “Life is great. We thoroughly enjoy parenthood, although we are ‘normal,’ in that we have our bad days and we have our moments when our children don’t listen, but for the most part, we are so grateful for the chance to be parents because it did take us awhile to get pregnant with Max. It was always a dream of mine to be a mom, so I’ve gotten lots of dreams to come true through the show. We never would have met have if it had not been for the show, so we’re thankful for that. For the most part, we do live a quiet life out here and I think it’s definitely helped to keep us grounded and together.”

Snooki wasn’t the only Jersey Shore cast member to find love: her BFF Jenni “J-Woww” Farley also met her soul mate, Roger Matthews, while filming the reality show. The pair got engaged in 2012 and welcomed their first child, Meilani Alexandra, in the summer of 2014. Jenni also announced at her wedding reception, in the fall of 2015, that she was pregnant with her second baby. “YES, Meilani is going to be a big sister and we are due in May 2016,” Jenni wrote on her website. “HAPPIEST DAY OF MY LIFE LAST NIGHT!! (Well, tied with the day Meilani was born) Married to the man of my dreams and the best daddy to my babies!! Can’t wait for you all to see the wedding pictures!” Who ever thought that Snooki and J-Woww would become so conventional? We’re glad that Jenni at least keeps it real when it comes to talking about having babies. “I f–king hated pregnancy, I hated the birth,” Jenni told Us Weekly. “It was the worst experience of my life.”

Here’s one couple that met on a reality show but didn’t allow their romance to be part of the drama: Matt Hoover and Suzy Preston. After meeting as contestants on the second season of NBC’s weight loss show The Biggest Loser, Matt and Suzy began dating but didn’t reveal their secret relationship until after the show’s finale. They actually didn’t like each other when they first met; “I couldn’t stand him,” Suzy said in an interview, while Matt admitted, “This annoying woman who squealed when she laughed allowed me to become a new person right in front of her.” Matt ended up losing the most weight (157 pounds) and won the grand prize of $250,000, while Suzy came in second place with a total of 95 pounds lost. They later got married and had two children together, Rex and Jax.

Another pair of competitors who found love via reality TV are Sean Duffy and Rachel Campos, who met on the set of MTV’s The Challenge (a spinoff of The Real World that evolved from the show Road Rules). Rachel had previously dated someone from her season of The Real World, but found love again with Sean, who ended up becoming her husband in 1999. Here’s a twist: Sean also went on to become a Republican member of Congress, and the pair have seven children together. Sean has also worked as a sports commentator and district attorney, while Rachel has appeared as a recurring guest host on The View.

When it comes to couplings that came from The Bachelorette and The Bachelor, Ashley Hebert and J.P. Rosenbaum have beat the odds. After J.P. proposed on the show, the couple got married in a glamorous televised ceremony in 2012.”There is no formula. It’s like life, we just happened to fall in love on a TV show,” Ashley said in an interview with Us Weekly. In 2014, they welcomed their first child, a boy named Fordham. Parenthood changed everything for them: “We’ve completely reprioritized our lives,” Ashley said in a later interview with the magazine. “There’s nothing we love more than taking care of him and showering him with love — even if it’s at 3:00 a.m.”

We’re not sure if we should count their relationship as “successful,” given their notorious post-reality-show downfall, but Heidi Montag and Spencer Pratt are still married! After fellow castmate Kristen Cavallari introduced them, they had a successful first date at a Mexican restaurant that was portrayed on the show. Soon they became “Speidi,” the ultimate antagonist couple that everyone loved to hate for their extravagant lifestyle of thousand-dollar dinners and unnecessary plastic surgery. In 2011, Heidi and Spencer, who have been open about the downsides to fame, told Us Weekly that they are living much simpler lives now. “It’s like what 70-year-olds do,” Spencer said of their lifestyle. “We’re reading a lot of books.” Heidi chimed in, “We’re watching movies. I do a lot of laundry. A lot of laundry. We’re training our dogs, so I’m cleaning up less poop inside, which is great.” How…romantic? 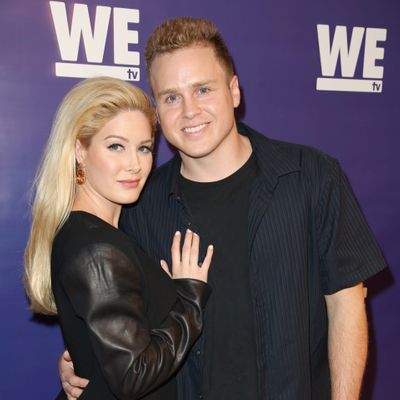