Everyone who goes on a reality TV show hopes that it will launch their career — but it doesn’t work for everyone. We understand the motivation, though, when stars like Lauren Conrad are raking in the dough. Sometimes the public even forgets that people started off as reality TV personalities. Here are reality TV stars who have become super successful (and have made us jealous) with their clothing lines, books, fragrances, endorsements and more:

Once just a Real Housewife of New York, Bethenny Frankel is now worth $25 million after selling her SkinnyGirl low-calorie alcohol product line for $100 million. She got her start in 2005, when she was a finalist on the reality show The Apprentice: Martha Stewart. Then she joined Bravo’s Real Housewives in 2008, and starred in her own spinoff. Bethenny has also published several books, including Naturally Thin: Unleash Your SkinnyGirl and Free Yourself from a Lifetime of Dieting, The SkinnyGirl Dish: Easy Recipes for Your Naturally Thin Life, The Skinnygirl Rules, A Place of Yes: 10 Rules for Getting Everything You Want Out of Life and the novel Skinnydipping. She’s also released an exercise DVD and hosted her own talk show on Fox from September 2013 to February 2014.

A graduate of MTV’s reality shows Laguna Beach and The Hills, 29-year-old Lauren Conrad is now worth $25 million! After The Hills ended, she became a successful author and fashion designer, writing L.A. Candy, Sweet Little Lies, Infamous, Sugar and Spice, The Fame Game and other books. In 2009, she launched a clothing and accessories line for Kohl’s called LC Lauren Conrad, bringing her sweet, feminine style to the masses at an affordable price. Her other line, Paper Crown, is a bit more sophisticated and comes at a higher price point. If that weren’t enough, she launched a Disney Minnie Mouse collection in May 2015. Girl is successful in the dating sphere, too: she married former musician and law school graduate William Tell in September 2014.

Of course the Kardashians had to make our list. Is there any family who is more synonymous with the phrase “successful reality TV star”? Kim, 34, is worth $85 million. It seems like she’s always discovering new ways to make money: beyond her E! reality show and the sex tape settlement that netted her $5 million at the beginning of her career, Kim has done a number of endorsement deals, including Carl’s Jr., weight-loss pills, Charmin public restrooms, expensive lollipops, and Midori liqueur. She also launched a mobile game, Kim Kardashian Hollywood, that is projected to make $200 billion this year. “It had to be something that fit my personality,” Kim said of the app — I guess her authenticity worked!

Meanwhile, Kim’s sister Khloe has made money from her line of perfumes, her Keeping Up With the Kardashians spinoff Kourtney & Khloe Take Miami, and from hosting the X-Factor (even if it was just for one season). The sisters also have a lingerie line together, and Kourtney has launched skincare and jewelry lines. Plus, there’s Kendall’s bigtime modeling career, Kendall and Kylie’s clothing line at Pac Sun (Kylie is becoming a huge social media beauty influence), and all the money that comes rolling in when the sisters endorse products on Twitter and Instagram — even Kourtney makes $15,000 a tweet. Honestly, if there’s a way to make money, the Kardashian sisters have figured it out.

He may not be at the level of the Kardashians, but Project Runway alum Christian Siriano is one of the show’s most successful designers. He won more challenges than any previous contestant and then went on to be the champion of his season, snagging $100,000 toward creating his own line in addition to other prizes and a spread in Elle magazine. He worked on affordable lines for companies such as Puma, Payless, and Victoria’s Secret and also debuted his first luxury line, Christian Siriano, in 2008 at New York Fashion Week. You can buy his clothes in high-end stores such as Neiman Marcus and Saks Fifth Avenue. He’s also styled an impressive list of big Hollywood celebs, including Sarah Jessica Parker, Rihanna, Taylor Swift, Christina Hendricks, Nicki Minaj, Victoria Beckham, Lady Gaga, Emily Blunt and Heidi Klum. He’s also worked in movies, designing costumes from the animated film The Pirate Fairy.

You might have forgotten about Jersey Shore sweetheart Snooki (aka Nicole Polizzi), but she’s still worth $4 million. She earned $175,000 for each episode of the MTV reality spinoff Snooki & JWOWW and was making $150,000 per episode of Jersey Shore by the time the show ended. Snooki also danced her way to some cash on the 17th season of Dancing with the Stars, where she was partnered with newcomer Sasha Farber. They got eliminated, but received some positive comments from the judges during their run. Like Lauren Conrad, Snooki has also found success as an author, releasing three books between 2011-2013, including Strong Is the New Sexy. She’s also pulling in money from her fragrance, and can earn up to $75,000 just for setting foot on a red carpet or making an appearance at a club. She also makes money for speaking engagements (she ruffled some feathers in 2011 when she was paid $32,000 to speak at Rutgers University, more than famed poet and author Maya Angelou). The big question is this: why did she decide not to have a pre-nuptial agreement when she married  Jionni LaValle, the father of her two children?

Nicole Richie and Paris Hilton traipsed around rural America, getting into trouble for five seasons on The Simple Life — but even though Nicole had a few run-ins with the law (she has been arrested for heroin possession and for driving under the influence), people now mostly know her as the fashion designer behind the line House of Harlow 1960. It started as a jewelry line, but then was expanded to include apparel and shoes. Richie, now a mom, has also created a collection for maternity store A Pea in the Pod. She also launched a fragrance, aptly called Nicole, in September 2012, and tried her hand designing clothes for Macy’s. And as you might imagine, Nicole is also an author: she wrote the book, The Truth About Diamonds, which was published in 2006 and made it onto The New York Times bestseller list. Her second book, Priceless, was released in 2010. 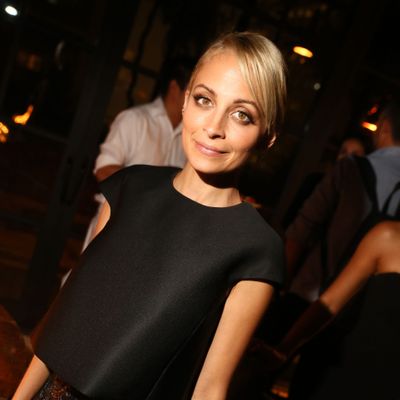