13 Celebrities You Didn’t Know Have Twins 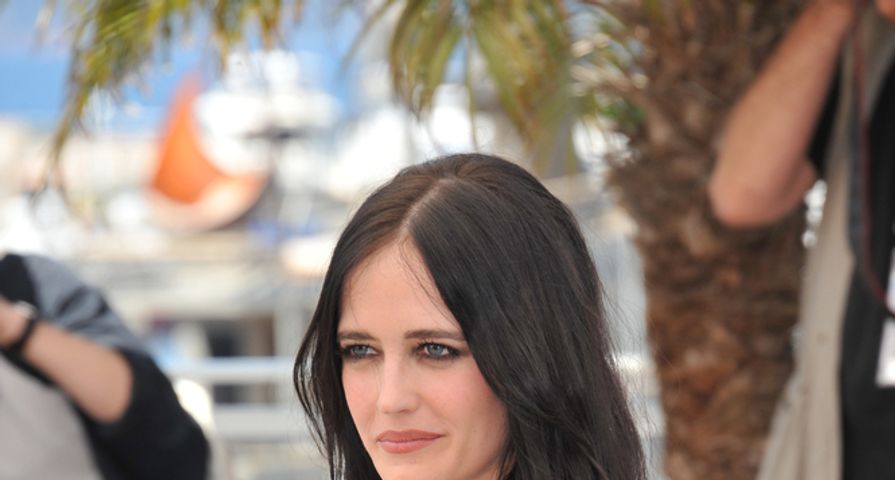 We’re well aware of the many sets of super famous twins in Hollywood like Benji and Joel Madden, Mary Kate and Ashley Olsen and Tia and Tamera Mowry; however, there are a number of other celebrities in Hollywood who have twins that are far less famous than them. Many people don’t even realize that these stars have twins because they never really bring them anywhere and they don’t really talk about them either. Since these celebrities don’t make a big fuss about their less famous halves, we’re going to do that for them. Here are 13 celebrities who you didn’t know have twins!

Vin Diesel is hiding a lot of secrets. While Vin Diesel isn’t his real name (it is Mark Sinclair Vincent) it turns out he is also a twin. The actor and his twin brother Paul were born on July 18, 1967 and they never met their biological father. The pair are fraternal twins and since Diesel doesn’t speak much about his childhood, many were shocked in 2014 when he posted a picture of his brother next to his late costar and friend Paul Walker.

The actor called the post “The Two Pauls” and joked that his twin brother looks more like Paul Walker. “Pablo and my mother would have deep conversations… she claimed, that it was no accident that this on-screen duo [presumably Diesel and Walker] has come to define brotherhood in Our millennium.” He added, “You see… the other guy in the photo is also named Paul… and although they look more alike, he is actually my twin brother.” It turns out Paul Vincent works in the entertainment industry but is a behind the scenes kind of guy who works in the film editing and sound department.

Gisele Bundchen has a fraternal twin sister, Patricia, who is technically younger because she was born five minutes later than her sis. Back in 1993, these two seemed to share the same hopes and aspirations – they both enrolled in a modeling course together. Gisele was the one who ended up sticking with it though. She was spotted a year after taking the course by an Elite Modeling agent while she was on a school excursion in San Paulo. That same year – when she was only 14-years-old – her career began to take off.

When she was growing up, Gisele’s house was pretty full – of beautiful women. Besides having one twin, she has four other sisters – Raquel, Graziela, Gabriela and Rafaela. Gabriela also dabbled in modeling but, like Patricia, she didn’t stick with it. Even if Gisele is the only model in her family, there is no denying that they are all quite beautiful.

Samantha Ronson – who is probably best known for the tempestuous relationship she had with Lindsay Lohan – has a fraternal twin sister, Charlotte. Samantha has made a career for herself in Hollywood as a DJ while Charlotte has taken her talents and parleyed them into a career as a fashion designer. These two don’t really look alike and on paper they don’t appear much alike either.

Canadian singer Alanis Morissette is known for her many early ’90s hits and is not very well-known for her personal life which means that it isn’t common knowledge that she has a twin! She has a twin brother Wade Morissette who was born only 12 minutes before her and who is also a musician. While Wade’s music career isn’t as well-known as his twin sister’s, he definitely has a fan in her! “I am a huge fan of my twin brother, Wade Morissette’s kirtan music,” she said back in 2010.

Rami Malek stunned everyone in early 2019 when he brought his identical twin brother with him to the Golden Globes where Malek walked away with an award for his performance as Freddie Mercury in Bohemian Rhapsody. Rami is older by four minutes than his twin, Sami, and the actor has admitted that having an identical twin meant they indeed used to switch places. “He calls me one day, I had just gotten back from theater school — we went to different colleges — and he calls me in a panic, saying, ‘Hey, do you know a Greek monologue from a Greek tragedy?’” the actor recalled. “I’m like, ‘Yeah, of course, I’ve just been doing this for four years.’ He goes, ‘Listen, I need you to come down to my university’ — a major American university in Los Angeles — he goes, ‘I need you to do this for my class, it’s going to get me the points I need to get me my degree. I’m short on these units, she’s offering points if anybody comes in and does this monologue.’” Although Sami’s teacher was suspicious, they definitely got away with it!

Actor Giovanni Ribsi isn’t the only person in his family who has worked in film and television. He has a twin sister, Marissa, who has quite the resume. She’s had roles in movies like Dazed and Confused, True Crime, The Brady Bunch Movie and Pleasantville, as well as in television shows including Felicity, Friends, Grace Under Fire, Watching Ellie and Tales of the City. She’s quite versatile. In 2007, she parleyed her skills into fashion. She launched a fashion line, Whitley Kros.

There are two Napolean Dynamites!? There might not be two films, but actor Jon Heder who is best known for his role in the film as well as several other comedies actually has a twin brother, who is identical to him! Like others with identical twins, Heder has admitted that he and his brother, Dan, “caused a lot of trouble pretending to be the other.” As Heder’s fame grew, the pair stayed close and they are now partners in a production company.

While everyone knows that Aaron Carter’s older brother is famous Backstreet Boys member Nick Carter, many don’t realize that one of their siblings is actually Aaron’s twin. Aaron Charles Carter and Angel Carter were born minutes apart on December 7, 1987. Although her brothers went into singing, Angel took her own route and pursued modeling.

Ashton Kutcher has a fraternal twin brother named Michael. Unlike Ashton, Michael wasn’t especially healthy when they were growing up. He was born with a mild case of cerebral palsy and needed a heart transplant when he was only 13-years-old. He had been suffering from a viral heart inflammation and had gone into cardiac arrest when he learned that he needed surgery. Doctors estimated that he had only three or four months to live.

Ashton and Michael were pretty close. Before his surgery, the Two and a Half Men star actually considered committing suicide. He knew his brother needed a heart transplant and he figured that if he killed himself that his brother could have his heart and live. His father ended up talking him out of it. Michael was happy enough because his twin brother was there for him throughout the entire heart transplant ordeal. “Ashton never left my side,” he said. “He showed me the love one brother has for another.”

Scarlett Johansson has a twin named Hunter. He is three minutes younger than she is; however, he is a foot taller. He doesn’t work in show business, but he did appear in one film with his sis, Manny & Lo. In November of last year, he co-hosted the second annual Friends of Rockaway’s 2014 Hurricane Sandy Benefit in New York City. The organization was trying to raise money for Giants of Generosity and Friends of Rockaway, which were working to rebuild the homes Hurricane Sandy destroyed.

Hunter appears to be quite savvy when it comes to politics. He worked as a campaign organizer for Barack Obama back during the 2008 election. When it comes to women, however, he’s not as skilled. According to him, he calls his twin sister for help. “She tells me how girls think. When I’m stuck, I call,” he said. “She’s set me up on dates. It wasn’t with anybody famous. It was with some school friends – all very beautiful, wonderful girls.”

Kiefer Sutherland – son of actor Donald Sutherland – has a twin sister named Rachel. She is technically the younger twin, as she was born seven minutes after him. Like her father and brother, she also works in the film industry; however, unlike them, she works on the other side of the camera. She’s employed as a post-production supervisor. Because of this, she gets a certain level of anonymity that Kiefer doesn’t have.

Unlike many other people on our list, Nicholas Brendon has an identical twin, Kelly Donovan. Kelly is technically the older twin. He was born three minutes before his famous bro. These two look a lot alike. When Nicholas was on Buffy the Vampire Slayer, his brother was employed as his body double. We only know of a couple episodes where he acted alongside his brother or stood in for him. In an episode called “The Replacement” Kelly plays the other Xander when the character is split in two and the other episode is called “Intervention.” Nicholas was sick with pneumonia during filming so his twin did his fighting scenes for him.

Fans of Buffy the Vampire Slayer would sometimes get Nicholas mixed up with Kelly. Nicholas liked to grow out his facial hair during the off-season while Kelly would remain clean-shaved. This would lead fans to think Kelly was the one playing Xander.

Eva Green is two minutes older than her twin sister, Johanne, who goes by Joy. These two are fraternal twins and aren’t that much alike. While Eva has made a career for herself as an actress, her twin chose a very different path. She rears horses in the Normandy countryside with her husband. Their father also agrees that they couldn’t be more different. “They are opposites,” he said. “While Eva likes to be in the city, Joy loves the countryside and her horses.”

Eva acknowledges that they aren’t a lot alike; however, in spite of this, they have grown quite close. “Joy and I are very contrasting characters,” the former Bond girl sad. “She never wanted to act, which was quite good because it would have been very competitive between us. We fought and were quite nasty to one another, but now we get on really well. She keeps all the clippings about me.”