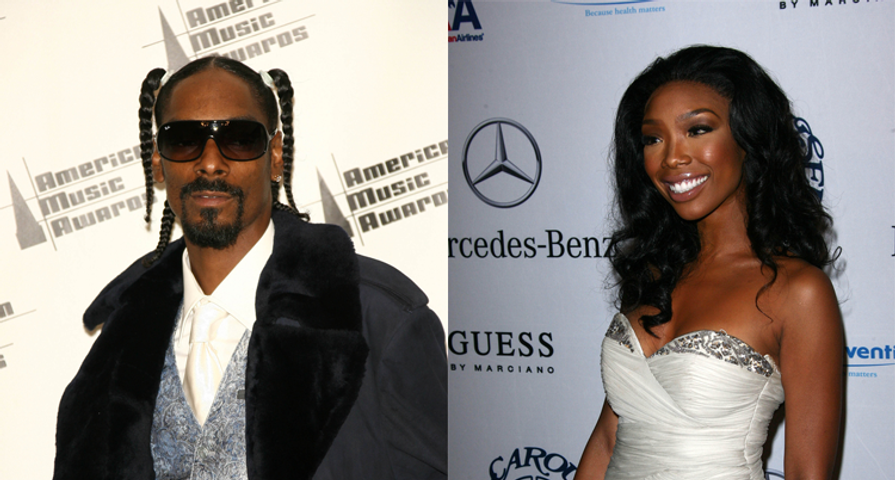 Hollywood is just one of those places where it is much easier to succeed if you know someone. It certainly helps if these people are family. We have found that there are a number of celebrities in Hollywood who are actually related. While some of these familial relationships have definitely helped them with establishing careers in Tinseltown, we have found that many don’t. Sometimes families can only handle having one star in their midst, so those with similar ambitions better find something else to do for a living. Here is Fame10’s list of 13 celebrities that you didn’t know were related!

While most of the time it is hard for new stars to distance themselves from the spotlight of their famous family, it actually took some time before anyone knew that actor and comedian Rob Schneider was singer Elle King’s dad. Schneider and former model London King welcomed their daughter in 1989, born Tanner Elle Schneider. When she decided she wanted to get into the entertainment industry she used the name Elle King and no one realized who the “Ex’s and Oh’s” singer’s famous father was.  “I wanted to be myself. I am my own person,” she said in November 2015. “It’s not that I wanted to be a famous person. I wanted to be a performer. But I worked really hard and I did everything myself.”

2003’s Love Actually is one star-studded cast and amongst it all, Hugh Grant found himself a new family member! As it turns out, Grant who starred as Prime Minister David, and Thomas Brodie-Sangster who played Sam, are distant cousins and Sangster shared this news with Grant. “His grandmother and my great-grandmother are sisters,” Sangster revealed. “He didn’t know. I said, ‘Apparently, you are my uncle or my cousin or something’. Then he kind of remembered my mum and uncle. So for the rest of the shoot he went round saying: ‘Hello cousin’. That felt quite cool,” he added.

Beloved Friends actor Matthew Perry is the son of former American model and actor John Bennett Perry, but that isn’t the extent of Perry’s famous relations. While they are connected by blood, Matthew Perry is actually the stepson of iconic broadcast journalist Keith Morrison who is known for being the main host and interviewer of Dateline NBC. Perry’s parents divorced before his first birthday and his mother, Suzanne, married Morrison in 1981 when Perry was 12. The duo formed quite the bond and Morrison often gushes about being Perry’s stepdad.

Even though Melissa McCarthy and Jenny McCarthy share the same last name, many are still surprised to learn that the pair are actually related! While the share the same surname, and are both famous, they are drastically different with Melissa McCarthy becoming a massive movie star and Jenny McCarthy sticking to TV hosting and becoming somewhat controversial, but regardless they are cousins. Jenny and Melissa, 44, grew up in Illinois and made it to Hollywood in their twenties. Jenny helped Melissa get her first job when she was leading the sitcom Jenny, which ran from 1997 to 1998. Since then, both actresses have become famous and successful in their own rights.

Former Grey’s Anatomy star Jessica Capshaw is definitely a star in her own right, and unlike many other stars with famous relatives, many don’t automatically associate her with those famous people in her life. Capshaw is the daughter of actress and producer Kate Capshaw who is best known for her role in Indiana Jones and the Temple of Doom — but few realize that Kate is married to iconic director Steven Spielberg making him Jessica’s stepdad. While she has remained close to her biological dad, she and Spielberg have a special connection and she often refers to him as “dad” and said,  “He has gone to bat for me, waited up for me at nights. He has given me so much love.”

Tom Cruise and William Mapother are first cousins. Tom used to share the same last name as his cousin; however, he dropped it after his mother left his father. Despite being related to one of the most famous men in Hollywood, many people have no idea that William is related to Tom. Even though these two share the same eyes, the one big thing that they don’t have in common is height. William is 6’1” whereas tom is only 5’7”.

It looks as though William is a Scientologist just like his cousin. When BlogTalkRadio asked him if he followed the gospel of L. Ron Hubbard, he was a bit cagey. “I have kind of an unusual feeling about questions like that. On the one hand, I’m grateful that people are interested…At the same time…there’s kind of an ever-wavering boundary between the things I’m willing to talk about, and the things I’m not. And part of the reason that I find myself particularly cautious in this area is because of the things my cousin has been through,” he said.

Gwyneth Paltrow and Katherine Moennig are technically first cousins. The Oscar-winning actress’ mother, Blythe Danner, is “The L Word” star’s father’s half sister. Even though these two are related, don’t expect them to have anything besides that and acting in common. According to Katherine, they are nothing alike.

“We’re totally different people. We look very different, too. I think that people would be able to point out the differences a lot more easily than they’d be able to point out the similarities,” Katherine told the New York Observer in 2000. “I like that people don’t actually make the comparison. And I want no one judging me solely on the fact that I am her cousin. There is a fear, yeah. It could be a blow to your head, but again, it is none of my business.” She’s right – if no one had told us that they were related, we would have never assumed that they were.

Nicolas Cage is a nephew of director Francis Ford Coppola, which makes his daughter Sofia the actor’s cousin. These two aren’t his only famous relatives. Jason Schwartzman is also a cousin of his. Not wanting his famous connections to influence his career, Nicolas dropped the name Coppola and replaced it with Cage when he first began acting.

It looks like Nicolas didn’t actually need the name Coppola to jump-start his career. He quickly established himself as one of the most in-demand actors. He may not have been nominated for an Oscar for the last decade, but he is still making movies. Like her father, Sofia has also had a successful career as a director. She began her career as an actress; however, after taking on the role of Mary Corleone in “The Godfather Part III,” she was slammed for performance and many accused her father of only casting her because she was his daughter.

Actress Bonnie Bedelia is the aunt of Macaulay Culkin. She is his father Kit’s sister. While Macaulay has completely disappeared from the spotlight, his aunt Bonnie is still acting. Her biggest role in recent years was as a series regular on the hit NBC drama series, “Parenthood.” In spite of this, Macaulay is still the more famous of the two thanks to his busy career during the earlier half of the ‘90s.

Show business is pretty much what ruined the Culkin family. Kit became a demanding stage father and ended up alienating his children and ruining his marriage to Patricia, the children’s mother. A bitter custody battle ensued and the children ended up siding with their mother over their father. Macaulay’s career was put on hold around the same time, which meant that there was no more money coming into the family. It doesn’t seem like fame had the same effect on Bonnie’s life as it did on the Culkin’s.

Lenny Kravitz and Al Roker are related. They are reportedly second cousins. In an article from the “Today Show,” Al claims that their grandfathers were cousins; however, on Wikipedia it says that he is Lenny’s mother’s cousin. Either way, these two are still related. “We both have Roker,” the actor-rock star said about the relation. “My mother was Roxie Roker, my grandfather, Albert Roker from the Bahamas. Has to be.” Sounds like it’s true!

These two men have chosen vastly different career paths. Al works for the “Today Show.” He is a weatherman and feature anchor on NBC, as well as co-host of the morning show “Wake Up with Al.” Lenny, on the other hand, is still doing the music thing. He recently released his tenth studio album and he has been acting. He was in the movie “The Hunger Games,” as well as the sequel “Catching fire,” and “The Butler.”

Shirley MacLaine is the older sister of Warren Beatty. These two were both pretty famous. She was an actress and honorary member of the Rat Pack and he was an actor and director who has been involved with almost every single female celebrity in Hollywood. Some of them include Julie Christie, Michelle Phillips from the Mamas and the Papas, Barbara Streisand and Madonna. He is currently married to Annette Bening. They have four children together.

Shirley also led a pretty interesting life. She was married to Steve Parker for almost thirty years. They had one child together, Sachi, and a very open marriage. He lived in Japan and she lived in Los Angeles. Shirley has said that she had affairs with many of her leading men, as well as one of the Prime Ministers of Canada, Pierre Trudeau. Unlike her brother, she hasn’t really settled down since her first marriage ended. According to her, she doesn’t plan to get married again.

Jason Sudeikis and George Wendt are related! He is the former “Cheers” star’s uncle. According to Wikipedia, George is Jason’s mom’s brother, which makes him a pretty lucky guy. The “Horrible Bosses” star told Playboy about his relationship with his uncle back in 2011.

“He’s always been very encouraging, but there was no Tuesdays With Morrie kind of relationship between him and I,” Jason said. “He didn’t take me to the park to explain comic timing. There was nothing like that. He was just a good example that being an actor was a viable option. Here’s a guy from the Midwest, in my family, who took the road less traveled and it worked out for him. The advice he gave me, and I say this jokingly, is ‘Get on one of the best sitcoms of all time and then ride it out.’” We wish he did give him that kind of advice – it makes the story more interesting!

Most people know that Ray J – Kim Kardashian’s co-star in her infamous sex tape “Kim K Superstar” – is Brandy’s brother; however, what most people don’t know is that Snoop Dogg (or Snoop Lion as he is now called) is their first cousin. “My brother and Snoop really believe they’re related, so I guess I’ll just go along with it,” Brandy said. Those aren’t the only famous people in her extended family. Guitarist Bo Diddley is reportedly also one of their cousins.

We already know they have a pretty musical family; however, it looks like it all stems from Brandy and Ray J’s father, Willie. He was a gospel singer who introduced the children to the world of music. According to the former R&B star, he was their teacher. He “taught my brother and me how to connect with music and how to express ourselves with music. He taught me everything I know about singing,” she said.