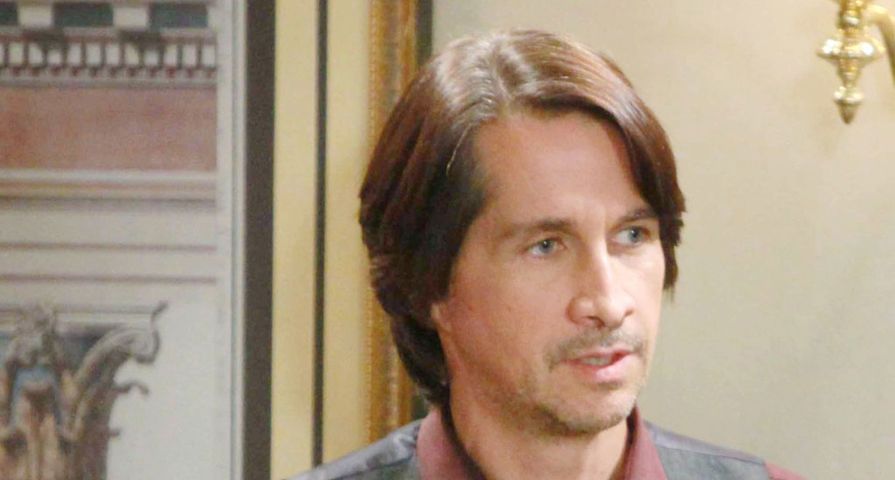 The land of soap operas can be a revolving door. Actors and actresses play a character for a said amount of time and then jump ship. Sometimes they return to the show to play characters on another soap and sometimes to head off to other acting opportunities. There have also been times where soap opera actors and actresses come back to the old show to play a different character than who they first portrayed! It can be a tad confusing for audiences at times, but for the most part, it does work. Below is a list of seven soap opera actors/actresses who have played different characters on the same show.

7. Alison Sweeney – Days of Our Lives

This is something some Days of Our Lives (DOOL) fans may be unaware of, but Alison’s legendary Sami Brady character was not the first part she played on the soap opera. Sweeney was brought in by the show in 1987 and played the part of Adrienne Johnson as a child. Guess the producers liked Sweeney so much she returned in 1993 and was introduced as a teenage Sami Brady after the character was aged via the typical Soap Opera Aging Syndrome (SORAS).

There was a tremendous amount of buzz when Chloe Lanier entered the land of General Hospital (GH) in 2016, playing the role Nelle Hayes. Every fan loves a new character introduced to a soap and with Nelle came a juicy storyline of where Josslyn Jax’s kidney really stemmed from. Interestingly enough, Lanier first appeared on GH was in 2015 when she portrayed a younger Patricia Spencer.

5. Renee Jones – Days of Our Lives

Who else misses Lexie Carver? For close to 20 years, Renee Jones wowed DOOL audiences as Carver and quickly became a staple in Salem. The role of Carver was not Renee’s first stint with the soap opera. She played Nikki Wade in 1982 for a short while and then entered the land of Days once again in 1993 when she began playing Lexie.

The character of Carly Benson is a dynamic one that has evolved incredibly over the years. The role was originated in 1996 and played by the talented and beautiful Sarah Brown. Brown would exit the role in 2001 and three more actresses would be cast over the years until Laura Wright nailed down the part. Brown returned to Port Charles in 2008, but this time playing mob boss princess Claudia Zacchara who wreaked havoc in GH for about two years.

3. Wayne Northrop – Days of Our Lives

There aren’t many people who don’t remember the original Roman Brady, played by Wayne Northrop. The character entered DOOL in 1981 and Wayne played the role until 1984. He left briefly and returned to reprise the character from 1991 to 1994. Northrop returned to Days in 2005, and if fans missed a few episodes or weeks of the show they may have been a tad confused with Wayne’s new status on the show. At that point in time, Northrop played Dr. Alex North, Marlena Evan’s first husband, a somewhat new love interest on the show.

2. Josh Taylor – Days of Our Lives

Speaking of Roman Brady, Josh Taylor has been in the role since 1998 and many would agree that we can’t imagine another Roman Brady at this point in time. Josh was first on DOOL playing a good-natured bartender, who had quite a few romances in Salem and even dated Kayla Brady. Taylor played Chris Kositchek (on and off) from 1977 to 1987. While Chris was written out of storylines in ’87, his character never officially left town. Wouldn’t it be interesting if Roman ever ran into Chris?

Michael Easton has played quite few characters on GH over the recent years. He entered the land of Port Charles in 2013 and reprised his One Life To Live (OLTL) role, John McBain. However, a lawsuit between ABC and Prospect Park over who really owned the OLTL characters ensued that year and Easton was given the role of Silas Clay later in 2013. Easton would go on to play Clay until 2015 and returned to GH once again in the spring of 2016, playing Dr. Hamilton Finn. For those GH audiences who watched sister-show Port Charles during its heyday, Easton also played Caleb and Michael Morley, two characters involved in a storyline that centered around vampires.